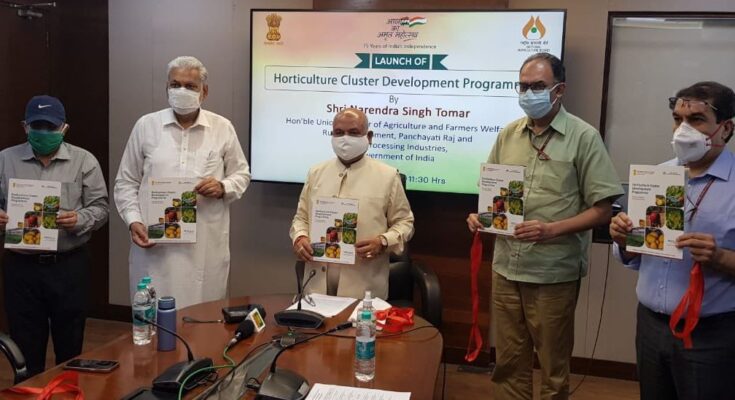 In a pilot phase, Horticulture Cluster Development Programme will be implemented in 12 horticulture clusters out of the total 53 clusters selected for the programme

In order to ensure holistic growth of horticulture, Union Minister of Agriculture and Farmers’ Welfare, Narendra Singh Tomar virtually launched the Horticulture Cluster Development Programme (CDP) Monday. In a pilot phase, the programme will be implemented in 12 horticulture clusters out of the total 53 clusters selected for the programme. A central sector programme implemented by the National Horticulture Board (NHB) of the Ministry of Agriculture and Farmers’ Welfare, CDP aims at growing and developing identified horticulture clusters to make them globally competitive.

Tomar, in his speech, highlighted that the programme would address all major issues related to the Indian horticulture sector including pre-production, production, post-harvest management, logistics, marketing and branding. The programme is designed to leverage geographical specialisation and promote integrated and market-led development of horticulture clusters. Ministry of Agriculture and Farmers’ Welfare (MoA&FW) has identified 53 horticulture clusters, of which 12 have been selected for the pilot launch of the programme. Based on the learnings from the pilot project, the programme will be scaled up to cover all the identified clusters.

Talking about the reach and impact of the programme, Tomar said, “Doubling farmers’ income is one of the biggest priorities of our government. The Horticulture Cluster Development Programme (CDP) will benefit about 10 lakh farmers and related stakeholders of the value chain. With this programme, we aim to improve exports of the targeted crops by approximately 20 percent and create cluster-specific brands to enhance the competitiveness of cluster crops.” CDP is expected to attract an estimated investment of INR 10,000 crore when implemented in all the 53 clusters.

Where would Horticulture Cluster Development Programme be implemented in pilot phase?

The clusters of the pilot phase include Shopian (Jammu & Kashmir) and Kinnaur (Himachal Pradesh) for Apple, Lucknow (Uttar Pradesh), Kutch (Gujarat) and Mahbubnagar (Telangana) for mango; Anantpur (Andhra Pradesh) and Theni (Tamil Nadu) for banana; Nasik (Maharashtra) for grapes; Siphahijala (Tripura) for pineapple; Solapur (Maharashtra) and Chitradurga (Karnataka) for pomegranate along with West Jaintia Hills (Meghalaya) for turmeric. These clusters will be implemented through cluster development agencies (CDAs) which are appointed on the recommendations of the respective states and union territories’ governments.

The programme is expected to converge with other initiatives of the government such as the Agriculture Infrastructure Fund (AIF) which is a medium – long term financing facility for investment in projects for post-harvest management infrastructure and community farming assets and will leverage the central sector scheme of the ministry for ‘Formation and Promotion of 10,000 Farmer Producer Organisations’ (FPOs).

The Cluster Development Programme has a huge potential to transform the entire horticulture ecosystem improving its global competitiveness by building last-mile connectivity with the use of multimodal transport for the efficient and timely evacuation and transport of horticulture produce.

In his address, Minister of State for the Ministry of Agriculture and Farmers’ Welfare, Parshottam Rupala said, “There is need to develop such clusters throughout the country which will help the farmers with small size of land holdings through formation of FPOs”.

Speaking on the occasion, Sanjay Agarwal, Secretary, Department of Agriculture, Cooperation & Farmers Welfare, announced the appointment of Cluster Development Agencies (CDAs) in the selected clusters. He further said, “The programme framework will ensure an astute engagement of state governments through CDAs, and institutionalisation of learnings for future replication and scaling up of the programme in other clusters. The Cluster Development Programme will not only help in achieving economies of scale but also create cluster-specific brands to entrench them into national and global value chains bringing higher remuneration to the farmers”.

The event was also attended by Dr. Abhilaksh Likhi, Additional Secretary, MoA&FW, other senior officers of the ministry, Rajbir Singh, Managing Director, National Horticulture Board (NHB) and officials of Agricultural and Processed Food Products Export Development Authority (APEDA). The senior officers of the Cluster states and UTs and officers from the state horticulture missions also joined the virtual launch of the Horticulture Cluster Development Programme.

Read more: How would be the horticulture production in 2020-21? Have a look at Advance Estimates 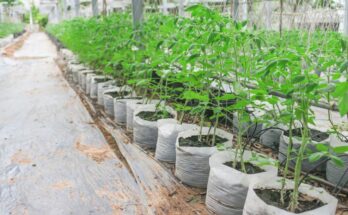 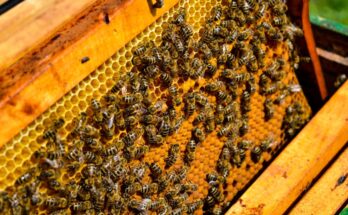 Bees are fundamental to global food security and biodiversity: FAO 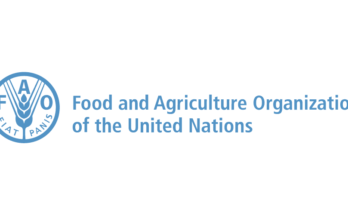 FAO to host World Bee Day on May 20 with the theme ‘Bee Engaged: Build Back Better for Bees’