The data shows the top Indian agri exports to US in the month of July 2020 were rice ($34 million), spices ($24 million), vegetable saps and extracts for medical use ($24 million), essential oils ($23 million), and soybean meal and cake ($21 million)

Speaking on the growth in agricultural exports to US for July month, Mohit Singla, Chairman, Trade Promotion Council of India (TPCI) said, “There is surge in demand of Indian rice, spices and vegetables including essential oils, soybean meal, cake and some extracts for medical use.” “Food and agri products of India have been seeing sustained surge in demand during the pandemic time. The surge in demand over the impact of the crisis on overall agricultural exports reflects the fact that demand for food is relatively sustainable, and that marine transportation used for most agricultural products has not been significantly disrupted due to pandemic”, Chairman added.

Singla also highlighted that, “TPCI’s constant engagement with buyers and suppliers throughout the year has been very well reciprocated by the industry, which responded very positively despite tough times. The India- US trade relations have intensified over recent times and it’s stronger than ever for the food sector.”

Expressing optimism TPCI Chairman said, “Global trade shows signs of rebound from Covid-19 as per the WTO latest estimate, the performance of the trade for the year to date exceeded expectations due to a surge in June and July as lockdowns were eased and economic activity accelerated.”

India has sought market access for several products which is under discussion in the ongoing negotiations for which access is likely to be granted. Some of the products include- table grapes, pomegranate, pineapple, papaya, potato, turnip, radish, sweet orange and dried onion.

Chairman TPCI also highlighted the current bottleneck, “Despite having huge orders for food products exporters are not able to timely supply due to unavailability of containers.” 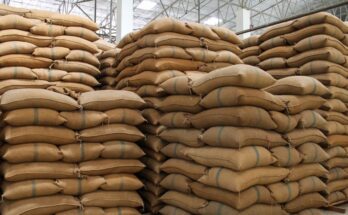 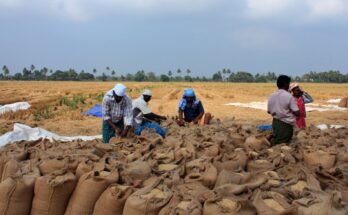 Centre makes paddy procurement of worth Rs. 2,882 cores in 11 days