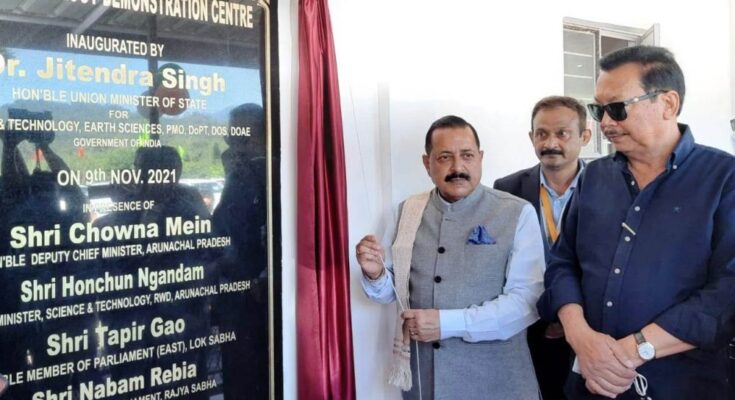 The Centre for Bioresources and Sustainable Development has also established academic linkages with several ICAR and CSIR institutions, for efficient implementation of the programmes

Union Minister of State (Independent Charge) Science & Technology, Dr Jitendra Singh today inaugurated a new Biotechnology Centre for Northeast tribals in a remote area of Arunachal Pradesh at Kimin. He said, the “Centre for Bio-resources and Sustainable Development” will greatly help in improving the socio-economic status of tribal people in the state. The Centre aims at conservation and sustainable utilisation of the local bio-resources using biotechnological tools and is ably supported by the Department of Biotechnology, Ministry of Science and Technology, the minister added.

The minister underlined that the Department of Biotechnology has played a pivotal role to build capacity in the region for carrying out biotechnology research to address issues specific to the region and implement programmes for the social upliftment of the local communities.

Dr Jitendra Singh said, “The Centre for Bioresources and Sustainable Development has also established academic linkages with several ICAR (Indian Council of Agricultural Research) and CSIR (Council of Scientific and Industrial Research) institutions, for efficient implementation of these programmes as they will create employment opportunities for the prospective young entrepreneurs of the state of Arunachal Pradesh. The facilities for the implementation of these programmes will be established in four districts of Arunachal Pradesh covering over 50 villages and benefit over 10,000 farmers in the next two years.

The minister said, the Centre is focusing on the implementation of the following three major programmes for benefit of the region, (i) State-of-the-Art Orchidarium in the main centre at Kimin for conservation and multiplication of priority orchid species along with establishing satellite units in selected districts of Arunachal Pradesh, (ii)  Establishment of banana fibre extraction and processing units in selected districts of Arunachal Pradesh, and (iii) Establishment of aroma unit for the promotion of cultivation of aromatic crops and entrepreneurship development.

You may also like to read: APEDA signs MoU with Central Citrus Research Institute for boosting citrus export

The minister informed that for the scientific upliftment of the region, the Centre has been established by the State Council for Science and Technology, Department of Science & Technology, Government of Arunachal Pradesh with the support of the Department of Biotechnology, Government of India. The Centre was sanctioned on March 27, 2018, at a total sanction of Rs 54.23 crore initially for a period of three years. The tenure of the project has now been extended till September 26, 2023.

Dr Jitendra Singh also dedicated DBT funded Skill Vigyan Programme in biotechnology to the state of Arunachal Pradesh during the event. The minister said, the programme is under the purview of Skill India Mission through which the DBT makes alignment with Skill Development Councils of Ministry of Skill Development and Entrepreneurship (MSDE) and various partnering institutions towards handholding of this programme.

Dr Jitendra Singh informed that the programme is the focused endeavour towards building synergies with Skill Vigyan and Accelerate Vigyan initiatives of the Government of India as it aims at facilitating the development of career paths for young graduates in life sciences and biotechnology by skilling them through hands-on practices for creating quality job opportunities as well as entrepreneurship developments including capacity building of young faculty members in the key STI domains.

Three different skill development councils (SDCs) of NSDC-MSDE are as part of these training programmes and signed MoUs with APSCS&T to extent their support for implementing the Skill Vigyan Programme for the state of Arunachal Pradesh along with various patterning institutions. 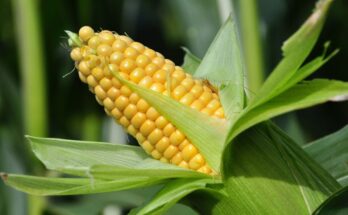 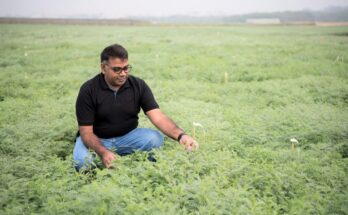 Largest plant genome sequencing effort yields a pan-genome for chickpea, sets it up for a breeding revolution 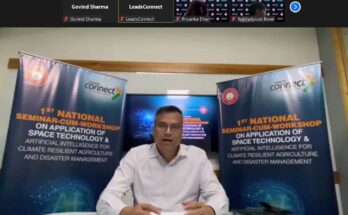