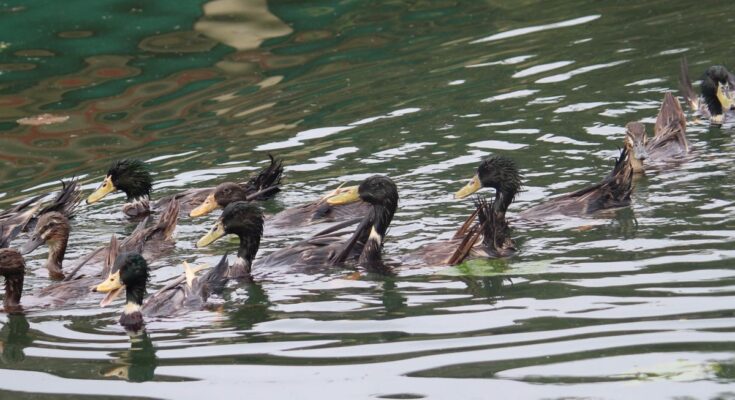 In India, there is a variety of poultry species that farmers can practice for their livelihood. Farming of chicken, turkeys, pigeon, ostrich, guinea fowl and quail is very common. One of the most popular poultry farming presents in the country is chicken to fulfil the demand for meat and eggs. Besides this, duck farming is also becoming one of the most widely used methods of poultry in India. Ducks are considered more productive than chickens. They yield about 25 eggs that are 10-15 gm greater than chicken eggs.Furthermore, they are more prolific than chicken that makes duck farming more common in European and Asian countries.

Traditionally, West Bengal and Kerala were considered as the largest states for consuming duck meat and eggs. Out of 15 million duck population, West Bengal leads the list, followed by Assam, Kerala, Andhra Pradesh, Tamil Nadu, Uttar Pradesh, Bihar and Orissa. A few years back, ducks were reared only by marginal farmers in southern and eastern coastal areas, north-eastern India and Jammu & Kashmir. The reasons behind keeping ducks for these farmers vary from breeding to fulfilling the purpose of meat and eggs to keeping down the fly population on a farm having livestock.

Duck farming provides a profitable business idea to poultry farmers around the world. The availability of duck breeds and convenience in raising them for meat and eggs makes poultry farmers focus on backyard duck farming. Starting a commercial duck farming business also depends on the factor that ducks can feed on agro-industrial wastes. Further, they can survive in marshy areas and in the areas where no agricultural crops can be grown which makes it easy for poultry and other farmers to shift to commercial duck farming for adding an additional source of income.

This business starts with determining the farm size which is typically measured by the number of ducks that can be reared. Since ducks are less demanding in terms of housing requirements, a fully functional duck house can be made with local resources, facilitating proper ventilation and ensuring their safety. In an intensive duck farming system, a floor space of a minimum 3 sq. ft. per bird is required while in a semi-intensive system, a minimum 2-2.5 sq. ft. area per bird is required for night shelter.

After determining the farm size, the selection of breed requires the right decision making in order to generate a profitable commercial duck farming business. It depends on the purpose that a farmer wants to rear ducks for meat or eggs. For instance, white packing duck is the most popular and best breed in India for laying eggs while they are also known as the most profitable breed for fine quality of meat production.

This is a critical step in starting a duck farming business. Similar to any agricultural practice, duck farming also requires investment and development costs. The major factors determining the amount of capital investment are land prices, infrastructural costs (electricity, water, etc), feeding, compliances, purchasing ducklings, and medicines. Majorly, the exact amount of capital investment can be determined only after analysing the size and scale of operations.

Duck farms are considered highly cost-efficient as they are comparatively lesser expensive than raising chicken. Ducks require low-cost and non-elaborative housing facilities that save huge housing costs for farmers to set up a commercial duck farming business. Further, ducks require less space for their raising as they have a shorter brooding period and ducklings grow faster which in turn offers tangible benefits to farmers. Interestingly, it is also easier for farmers to feed ducks as they can live on a variety of low-cost food including copra, cassava, corn, rice, fruits, among other grains. Besides this, they tend to obtain food like green legumes, algae, aquatic weeds, fungi, earthworms, maggots, snails and other types of insects.

Moreover, ducks require less care than any other bird. They are adaptive to environmental conditions and do not require heavy efforts on management. Besides, one of the major benefits of raising ducks is their cycle of laying eggs either at night or in the morning. This allows the farmer to collect fresh eggs every morning and continue with their other business practices.

Commercial duck farming can be highly profitable. There is a huge demand for duck eggs and meat in the market due to their quality of produce. Ducks usually live longer than chickens and have less mortality rate that makes duck farming a stable source of income for poultry farmers. 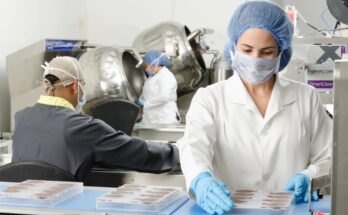 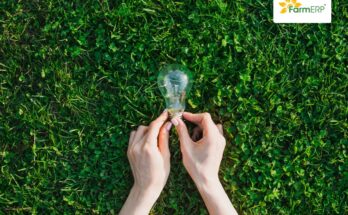 Agritech: An Investment Gold Mine 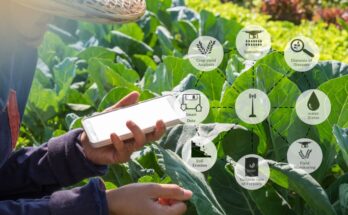 Prasanna Manogaran is the CEO & Co-Founder of Aqgromalin. Aqgromalin is one of the fastest-growing farm diversification companies. Backed by technology, the company offers innovative growth ideas to farmers in the areas of agriculture, aquaculture, animal husbandry, and insect farming.

View all posts by Prasanna Manogaran →