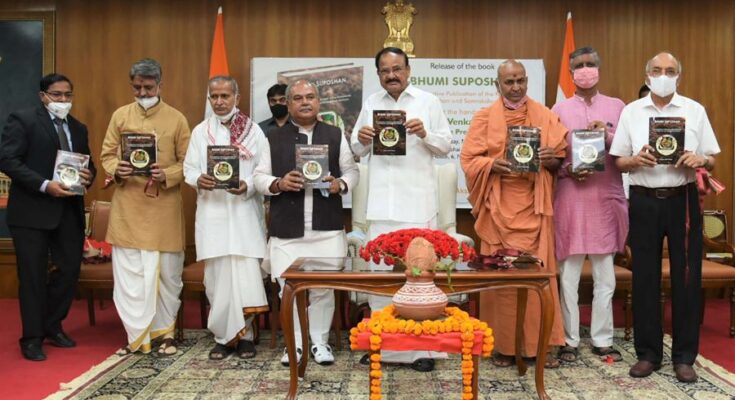 Vice President of India M. Venkaiah Naidu Monday underlined the importance of soil health and organic farming for sustainable food production and stable development. He said, “Natural resources such as soil and water are not unlimited and the future of mankind depends on their conservation.”

Addressing a gathering after releasing the book titled ‘Bhumi Suposhan’ (meaning – soil nutrition) published by Akshay Krishi Parivar at Upa-Rashtrapati Nivas, the Vice President expressed his concern over the degradation of soil due to the overuse of pesticides and fertilisers and stressed the need for creating awareness on this important issue. He also said, “Unchecked extraction of groundwater is fast depleting our groundwater table leading to a reduction in moisture content in the soil, thus turning fertile land into barren land.”

Acknowledging the green revolution’s role in ensuring the country’s food security, Naidu highlighted some of its unintended consequences such as the uncontrolled use of pesticides. Appreciating various governmental and individual efforts for soil conservation, he said the network of laboratories for soil testing is being strengthened and natural farming is being promoted in ecologically sensitive areas such as villages adjacent to the river Ganga.

Mentioning that around six lakh farmers are practicing organic farming on approximately 38 lakh hectares of land in India, the Vice President expressed his happiness over the fact that many hilly states successfully adopted organic farming. He said, “The smaller states have shown that organic farming is particularly beneficial to our small and marginal farmers. There is a growing awareness among the masses about the harmful effects of chemical farming and they are willing to pay for organic products.”

Naidu also stressed the need for the popularisation of traditional farming practices. He wanted agricultural universities to focus more on organic and natural farming and promote innovation and agri entrepreneurship among the youth. The Vice President said sustainable food production is not just a farmers’ concern, rather all of us are equal stakeholders in its development as food is a basic necessity for everyone. He urged parliamentarians, political parties and policymakers to give priority to agriculture.

Praising Akshya Krishi Parivar for bringing out ‘Bhumi Suposhan’ – a commemorative publication of the Nationwide Bhumi Suposhan and Samrakshan Abhiyan, the Vice President wanted this book to be translated into Indian languages so that it could reach the maximum number of farmers. He also asked scientists and researchers to translate their works in people’s languages for the larger benefit of the public. Naidu also stressed that early education should be in the child’s mother tongue. Similarly, local language should be used in administration and courts. 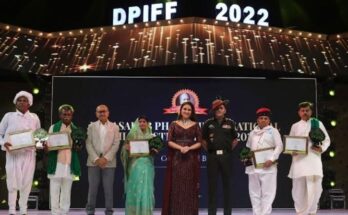 What are the provisions for organic food exports from India? Read here… 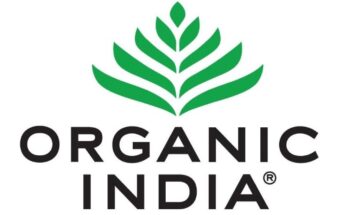