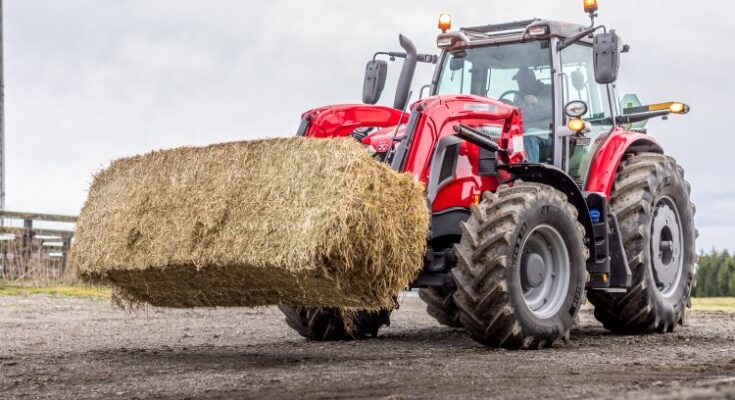 The MF 6S Series is available in four models based on horsepower — 145, 155, 165 and 180 — and features a 4.9-litre AGCO Power engine with a legacy of dependability and class-leading sustainability

Duluth, GA, USA: AGCO Corporation, a global leader in the design, manufacture and distribution of agricultural machinery and precision agriculture technology, has today introduced a new era of concentrated performance with the North American launch of the Massey Ferguson 6S Series tractor. Massey Ferguson will debut the MF 6S Series, along with its full S Series lineup, at booth 7,823 during the National Farm Machinery Show in Louisville, Kentucky, February 16-19.

The versatile new machine delivers up to 180 HP — the highest from a four-cylinder on the market. It pairs power with intuitive controls and advanced technology for high performance in a wide range of applications.

“Those who are born to farm know that maximising productivity is the key to success in any ag application,” said Darren Parker, vice president of Massey Ferguson North America. “The new MF 6S Series offers the power of a six-cylinder with the compact footprint and agility of a four-cylinder, giving busy producers the ideal machine to get the job done quickly and efficiently,” Parker added.

The MF 6S Series is available in four models based on horsepower — 145, 155, 165 and 180 — and features a 4.9-litre AGCO Power engine with a legacy of dependability and class-leading sustainability. Operators can choose from two transmission options for maximum productivity that meets their particular power requirements. The Dyna-6 transmission offers maximum fuel efficiency through 24 forward and reverse speeds up to 31 mph. The Dyna-VT transmission allows operators to select the exact speed without compromising engine RPM for optimal output in any situation. This transmission option is also available with a 50 gal/min load-sensing hydraulic system. With a maximum lift capacity of 21,164 pounds, outstanding towing capacity and an increased gross vehicle weight of up to 27,558 pounds, the MF 6S Series excels with heavy loads and demanding implements.

You may also like to read: Hesston by Massey Ferguson launches new self-propelled windrower

This power is concentrated in a compact footprint that gives hay producers class-leading power and torque with a 900-pound-lighter footprint than comparable six-cylinder models for minimal impact to the soil. Additionally, the MF 6S Series offers silage hay and 5-foot-wide round baling operations for high-performance operation without impacting the next-cutting yield. A perfectly balanced power-to-weight ratio efficiently handles heavy hay balers while a 15-foot, 7-inch turning radius makes for superior manoeuvrability in the field or the feedlot.

Straightforward usability and superior comfort complement the concentrated power of the MF 6S Series. In keeping with the overall S Series design introduced with the MF 8S Series, the cab layout uses simple colour coding on all controls for quick identification and easy operation. Deluxe models also feature a new ergonomic armrest with the customisable MultiPad lever and E/H multifunction joystick for intuitive, effortless control of all major functions. The optional Datatronic 5 terminal features an easy-to-navigate digital dashboard that can be customised for operator preference. This cutting-edge technology makes operation quick and easy, allowing producers to change setups on hydraulics, transmission, and engine from one convenient terminal for maximum efficiency in any application.

You may also like to read: Good agriculture practices (GAP) offer economic, social and environmental sustainability

“The more a producer can achieve from the driver seat of a single machine, the more they can get done in a day,” Parker said. “Our MF 6S Series allows producers to streamline operations, tackling hauling, mowing, and loader work with a single, straightforward, dependable machine.”

For added versatility with loading applications, the MF 6S Series is available with fully integrated loader provisions and factory-installed live third function with proportional command. The tractor boasts a lifting capacity of up to 5,070 pounds and a height of over 13 feet, making it ideal for heavy-duty applications in hay and livestock operations.

(All information and features are based on the press release provided by AGCO Corporation.) 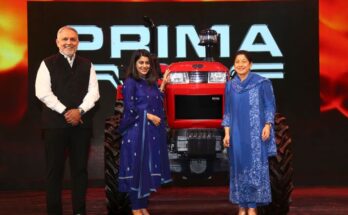 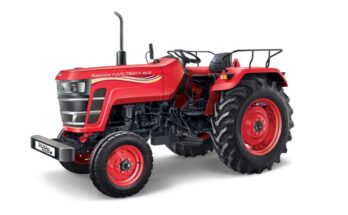 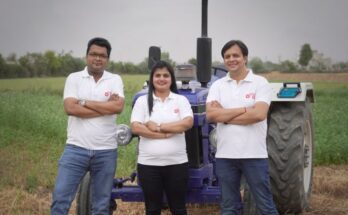