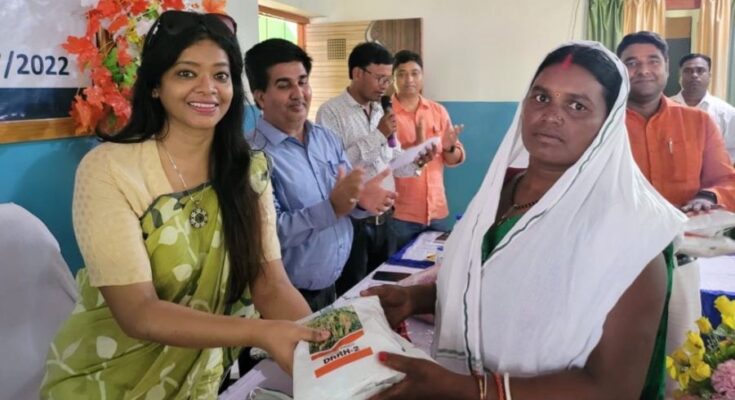 Blockchain technology in seed distribution will play a crucial role in the transparent execution of schemes while bringing in traceability, real-time monitoring and efficient management of the schemes

Underlining the intervention, Nesha Oraon, Director – Agriculture, Government of Jharkhand said, “Jharkhand is first the state to implement blockchain in the country which is being used to track seed distribution. The blockchain platform tracks seed supply distribution from issuing of supply orders from the Directorate of Agriculture, placing of seed demand by district agriculture officer, tracking seed distribution from empanelled government seed producing agency to distributors, retailers, LAMPS/PACS, FPOs and finally to the farmers. The move to implement blockchain is aimed at bringing transparency and authenticity of seeds which the farmers receive under the seed exchange scheme and other schemes.”

It is envisioned to implement blockchain technology for tracking the distribution of seeds, inputs and implements under all government schemes. This will play a crucial role in the transparent execution of schemes while doing away with middlemen as it enables traceability, real-time monitoring and efficient management of the schemes. “It is the utmost priority of this government to make quality seeds available to the farmers at the right time, along with filtering of middlemen, identification of the beneficiaries and creation of farmers’ database,” Oraon added.

You may also like to read: India’s Aquaconnect to showcase AI for economic development at 5th Paris Peace Forum

Speaking on the introduction of blockchain technology in agri input distribution, Shahzad Fatmi, CEO, SettleMint India said, “We are delighted to partner with Jharkhand as it becomes the first state in the country to distribute seeds through blockchain technology. Blockchain is proving to be a game-changer in the agricultural sector. It is revolutionising agrarian supply chains by making them more transparent and traceable.”

Elaborating on the benefits of using blockchain for seed distribution, Oraon added, “This will enable timely availability of seeds to distributors, retailers and most importantly, the farmers. Each farmer is first registered in the blockchain system along with their Aadhaar card number and mobile number. Seed distribution is logged into the system after entry of OTP in the registered mobile number of the concerned farmer. The objective of implementing blockchain is to enable distribution of seed and other schemes in a transparent manner.”

“The platform provides information on a real-time basis to monitor activities like LAMPS/PACS/FPO-wise seed distribution to farmers in different districts, quantity/variety of seed being purchased by farmers and number of times seed is being purchased by the farmers. Through the use of blockchain, the state envisions to create a robust farmers’ database which can be used to enhance the delivery of various agriculture and horticulture schemes and enable micro monitoring of every district in the state. Along with this, it is planned to enable e-KYC for authentication of Aadhaar number of farmers,” she further added.

You may also like to read: NDDB, KOF, UAS-B, IIOR ink MoU for sunflower hybrid seed production in Karnataka

”By implementing the blockchain solution, the state of Jharkhand has become the first state in the country to deploy a production grade blockchain-based seed distribution programme. The state will onboard all stakeholders such as supplies, distributors and farmers, invest in their training and adoption of technology,” the official said.

Every year, the Department of Agriculture, Animal Husbandry & Cooperative distributes over 300 seed varieties of over 30 crops during both Kharif and Rabi seasons to the farmers at subsidised rates.

During the current Kharif season, the department has covered seed distribution of cereals, pulses, oilseeds and coarse cereals completely via blockchain technology. To date, more than 3 lakh farmers, 600 LAMPS/PACS and private distributors and 160 FPOs have been registered on the platform. Around 30,000 quintals of seeds have been distributed. Owing to the current drought-like situation, the total seed distribution is estimated to be around 35,000 to 40,000 quintals for this Kharif season. As the adoption of blockchain increases manifold, the whole seed distribution process will be pilferage free allowing the farmers to confirm via their app the variety and quantity received. 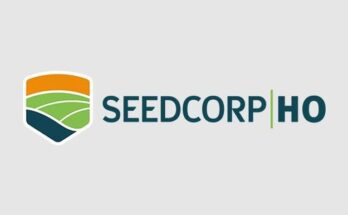 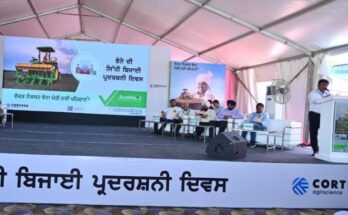 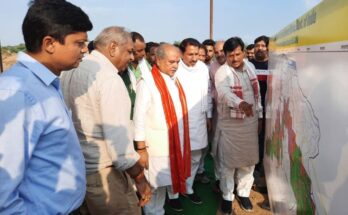