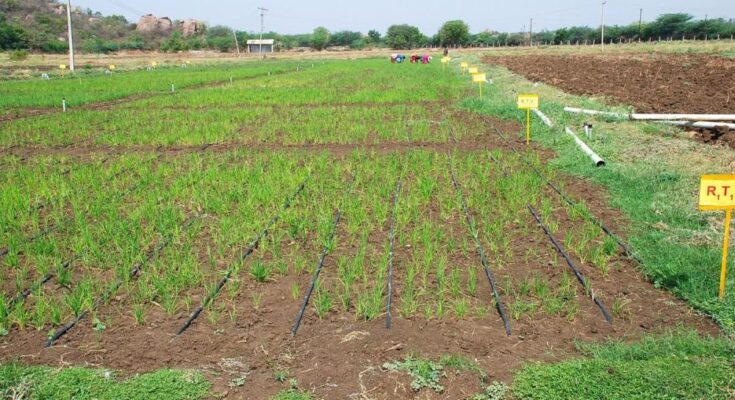 Under the ongoing Micro Irrigation Fund, projects for Rs. 3,970.17 crore has been approved for loan to the states of Andhra Pradesh, Gujarat, Tamil Nadu, Haryana, West Bengal, Punjab and Uttarakhand

New Delhi, India: The Department of Agriculture, Cooperation & Farmers Welfare (DAC&FW), Government of India, is implementing a Centrally sponsored scheme of  ‘Per Drop More Crop’ component of ‘Pradhan Mantri Krishi Sinchayee Yojana (PMKSY-PDMC)’ from  2015-16 in all the states of the country which focuses on enhancing water use efficiency at farm level through micro irrigation such as drip and sprinkler irrigation systems. Besides promoting micro irrigation, this component also supports micro level water storage or water conservation and water management activities to supplement source creation for micro irrigation. An area of 52.93 lakh hectare has been covered under micro irrigation in the country from 2015-16 to till date. Further, 4.84 lakh micro level water harvesting and secondary storage structures have been created under the scheme to supplement the micro irrigation, Ministry of Agriculture & Farmers Welfare has said in a statement.

Recent evaluation studies of the scheme indicate that the coverage of micro irrigation is relevant in achieving national priorities such as substantially improving on-farm water use efficiency, enhancing crop productivity, ensuring better returns to farmers and generating employment opportunities. Further, the scheme has been effective in terms of ensuring benefits for farmers such as higher productivity; reduction in labour cost, water consumption, power utilisation, fertiliser use etc, the Ministry has said.

According to the ministry, efforts are being made to converge ‘Per Drop More Crop’ scheme with Atal Bhujal Yojana (ABHY), Namami Gange districts, Pradhan Mantri Kisan Urja Suraksha evem Utthan Mahabhiyan (PM-KUSUM), water harvesting structures through watershed development component of PMKSY to propagate micro irrigation intensively to contribute in achieving the desired targets to enhance the water use efficiency in agriculture, the ministry has said.

With a view to provide impetus to the micro irrigation in the country, Micro Irrigation Fund (MIF) with a corpus of Rs. 5,000 crore was created with National Bank for Agriculture and Rural Development (NABARD) during 2018-19. The major objective of the fund is to facilitate the states in mobilising the resources to provide top up/additional incentives to farmers for incentivising micro irrigation beyond the provisions available under PMKSY-PDMC. States may also access MIF exclusively for innovative integrated projects (like high water duty crops like sugarcane, solar linked systems and micro irrigation in command area) including projects in public-private-partnership (PPP) mode depending on state specific requirements. The Government of India provides 3 percent interest subvention on loans extended to state governments under MIF, the statement has noted.

Under the ongoing MIF fund, projects for Rs. 3,970.17 crore has been approved for loan to the states of Andhra Pradesh, Gujarat, Tamil Nadu, Haryana, West Bengal, Punjab and Uttarakhand which would be facilitating bringing of 12.83 lakh hectare of area under micro irrigation. Besides, proposals from Rajasthan, West Bengal Maharashtra, Tamil Nadu and Jammu & Kashmir are in pipeline at state levels. More and more states are showing interest in availing assistance from Micro Irrigation Fund considering the potential for micro irrigation and its significance, the agriculture ministry statement has said.

According to the ministry, to further strengthen and expand the adoption of micro irrigation systems by the farmers in the county for enhancing water use efficiency at farm level, a Budget announcement has been made to double the initial corpus of Micro Irrigation Fund of Rs. 5,000 created under NABARD, by augmenting it by another Rs. 5,000 crore.

The enhancement of corpus by additional Rs. 5,000 crore will give further boost to the efforts of more states and union territories in promoting judicious use of water, enhancing water use efficiency as well as improving production and productivity which ultimately increase the income of the farming community, the ministry has said. 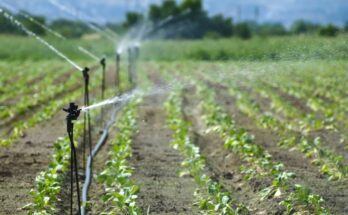 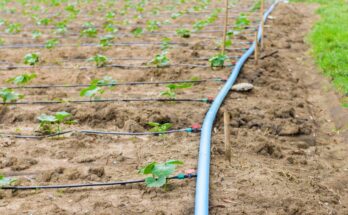