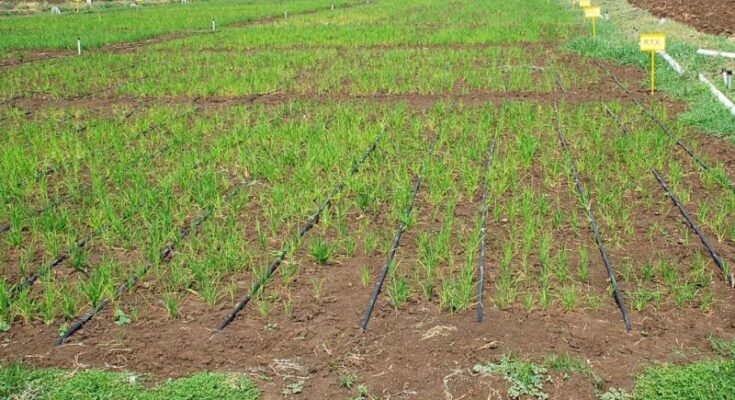 While highlighting the use of new technology, Finance Minister said that the use of ‘Kisan Drones’ would be promoted for crop assessment, digitisation of land records, spraying of insecticides, and nutrients

While presenting the Union Budget 2022-23 in the Parliament today, Union Minister for Finance and Corporate Affairs, Nirmala Sitharaman said that a new scheme would be launched in PPP mode under which farmers will be provided with digital and hi-tech services. There will be involvement of public sector research and extension institutions along with private agritech players and stakeholders of the agricultural value chain.

While emphasising on the startup ecosystem in agriculture, Nirmala Sitharaman said that a fund with blended capital, raised under the co-investment model, would be facilitated through NABARD. The aim of the fund will be to “finance startups for agriculture and rural enterprise, relevant for farm produce value chain.” The activities for these startups will include, inter alia, machinery for farmers on a rental basis at farm level, and technology including IT-based support for FPOs (farmer producer organisations).

While highlighting the use of new technology, the Finance Minister said that the use of ‘Kisan Drones’ would be promoted for crop assessment, digitisation of land records, spraying of insecticides, and nutrients.

The Finance Minister said, “Implementation of the Ken-Betwa Link Project, at an estimated cost of Rs 44,605 crore will be taken up”. Its aim is to provide irrigation benefits to 9.08 lakh hectares of agricultural land. It will also provide “drinking water supply for 62 lakh people in addition to 103 MW of hydro, and 27 MW of solar power projects”. She added that allocations of Rs 4,300 crore in RE 2021-22 and Rs 1,400 crore in 2022-23 have been made for this project. She further reiterated that the draft DPRs of five river links- Damanganga-Pinjal, Par-Tapi- Narmada, Godavari-Krishna, Krishna-Pennar and Pennar-Cauvery have been finalised. The Centre will provide support for implementation after the consensus among beneficiary states.

The budget also focused on natural farming devoid of any chemical use. The Finance Minister said, “Chemical-free natural farming will be promoted throughout the country, with a focus on farmers’ lands in 5-km wide corridors along river Ganga, at the first stage.”

The Finance Minister announced that the government would provide a comprehensive package with the participation of state governments so that the farmers can adopt ‘suitable varieties of fruits and vegetables’, and can use ‘appropriate production and harvesting techniques.

The Finance Minister highlighted that the states will be encouraged to revise syllabi of agricultural universities so as to meet the needs of natural, zero-budget and organic farming, modern-day agriculture, value addition and management.

You may also like to read; Budget 2022: CropLife India welcomes the move on ‘Kisan Drones’ for agrochemical spraying, crop assessment and digitisation