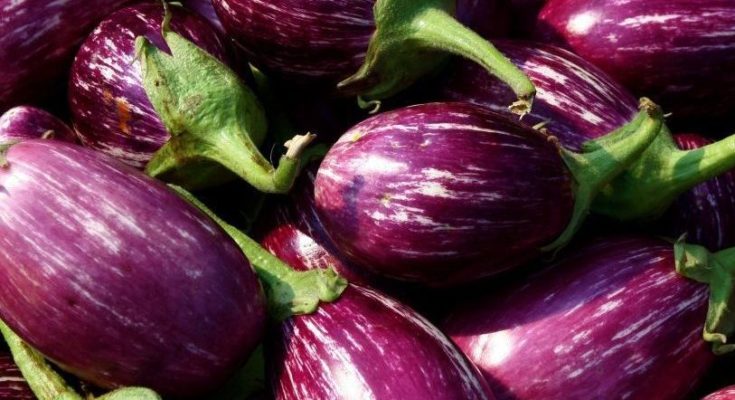 The current Bt Brinjal which is going for field trials, were approved by Genetic Engineering Appraisal Committee (GEAC) in May 2020, was developed by the ICAR-National Institute of Plant Biotechnology

Alliance for Agri Innovation (AAI), a special interest group of Federation of Seed Industry of India (FSII) has urged the Central and state governments to allow field trials of Bt Brinjal in India. A letter has been sent to the Ministry of Agriculture and chief ministers of Madhya Pradesh, Karnataka, Bihar, Chhattisgarh, Jharkhand, Tamil Nadu, Odisha and West Bengal to bring their attention to this matter.

The current Bt Brinjal which is going for field trials, were approved by Genetic Engineering Appraisal Committee (GEAC) in May 2020, was developed by the ICAR-National Institute of Plant Biotechnology and has been licensed to an Indian company for commercialisation. This technology is different from the Bt Brinjal technology which despite approval by GEAC was put under moratorium in India but is being grown commercially by farmers in Bangladesh since 2014. According to a peer reviewed study published in 2019, net returns to farmers from Bt brinjal crop averaged US$2151/ha (Rs 1.61 lakh/ha) compared to US$357/ha (Rs. 26,768/ha) from non-Bt brinjal crop.

“We are aware of the efforts being made by some groups to stop GM trials and limit the technological intervention which has become a necessity to stop pest and diseases in crops. We are also aware that similar activism had prevented approval of GM mustard technology which was developed by Delhi University. Blocking such trials based on non-scientific arguments and ideological differences amounts to blocking national development,” AAI has said in a statement.

Ram Kaundinya, Director General, FSII-AAI said, “Brinjal is one of the most pesticide consuming crops among vegetables. Farmers spray pesticides more than 25 times in a single crop season of Brinjal. The deadly fruit and shoot borer is a menace for the farmers and its caterpillar also finds its way into our homes through infected brinjals. By controlling this with Bt technology we can save farmers’ income, reduce pesticide loan on the environment and provide pesticide and insect free brinjals to the consumers. The indigenous technology developed by our national institute must get an opportunity for getting tested in the field.”

According to Dr Paresh Verma, Head of AAI, “Development of indigenous technology is in line with the Aatmanirbhar Bharat mission launched by the Prime Minister of India. Delays due to a paralysis in the decision-making process by Centre and state governments has essentially stalled the progress in research to develop new technologies. This has also led technology developers to curtail their research efforts in India thereby adversely impacting the interests of our farmers in the long run.”

Dr Shivendra Bajaj, Executive Director, FSII-AAI said, “Field trials are the only way to ensure safety of crops. A different Bt Brinjal technology was approved by GEAC based on comprehensive biosafety evaluation, which included regulatory field trials, but the then Minister of Environment imposed a moratorium on its commercial release for reasons which were not based on science. Bangladesh went ahead and approved Bt Brinjal for cultivation in 2013. Since then, Bt brinjal has helped smallholder farmers (around 150,000 smallholder farmers) in Bangladesh achieve higher yields, a 60 percent reduction in pesticide costs and a six-fold increase in net returns. Bt brinjal has increased yields by 30 percent and the crop often gets a better price in the market.”

Dr Ratna Kumria, Director-Biotechnology, AAI said, “GMOs (genetically modified organism) are very well-regulated in India and across the globe unlike the conventionally bred crops. We have a very robust regulatory system in India for research and approval of GM crops and we should support it to run its course for active science-based evaluation of the technology. We hope that the Central and state governments will allow GM trials to benefit from the expertise available in the agricultural universities for scientific evaluations as per the regulatory process.”