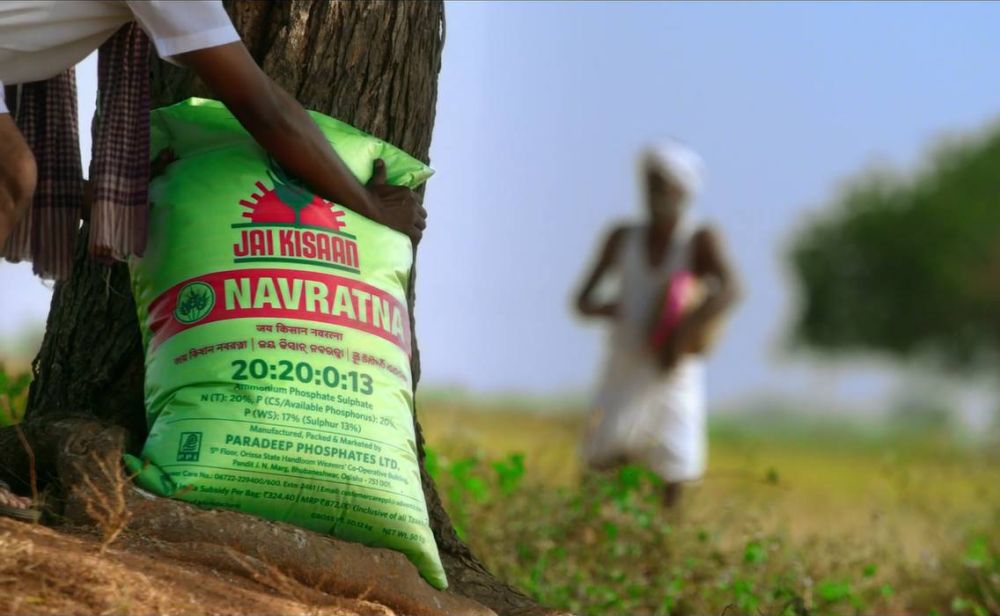 Zuari Agro Chemicals Limited (ZACL) has rolled out the Jai Kisaan Ann-Dhan-Sampann TV commercial to commemorate 50 years of brand Jai Kisaan and to bring out the ‘business-to-farmer’ transformation of the agri business led by the Adventz Group’s flagship company.
The one-of-a-kind integrated farmer-centric TV commercial, Ann-Dhan-Sampann captures how enriched and fulfilled farmers mean a prosperous India; it highlights the mission of brand Jai Kisaan to enable farmers produce high-quality crops. For a nation that is coming back in realising its renewed potential in the agrarian economy, the mission has been crucial in charting a course in bettering lives within the farming community.
Sunil Sethy, Managing Director, Zuari Agro Chemicals said: “For 50 years Jai Kisaan has been a key driver to address the agricultural requirements of a growth-intensive nation. Jai Kisaan has been consistently delivering quality products and services across India. A campaign such as Ann-Dhan-Sampann essentially conveys to our stakeholders the fundamental transformation that Zuari Agro Chemicals, thereby Jai Kisaan, has undertaken — moving from a purely B2B company to establishing direct connect with the farmers.”
“Over the years we have been working towards such a goal and our Jai Kisaan Junctions bear testimony to the resurgence. Through them, we have established one-stop shop for farmers and farm-support services. We have now set a path and aim to be the single-largest facilitator for the farmers, either by manufacturing or sourcing agri-inputs and partnering with farmers, to achieve the farm economy’s full potential,” he added.
Created and produced by RK SWAMY BBDO, the TVC-led campaign targets — apart from the farmer – stakeholders such as policy makers, business partners, FIs and employees. It visualises how Jai Kisaan has helped turn farmers into agriculturists, educating them on scientific techniques, providing them new-age technologies and experiential farms.
The Ann-Dhan-Sampann campaign amplifies the deep connection between agriculture and the values of Indian way of life; its essence is in its festive and earthy song set to an Indian tune, supporting the story of agriculture and the farmers here. The 60-second film showcases Jai Kisaan’s role as a national brand, with shots representing all major crops in full bloom, across regions. To be aired in Hindi across national and regional news channels, Ann-Dhan-Sampann subtly captures Brand Jai Kisaan supporting and assisting the entire journey of farmers with a host of products, retail outlets, knowledge of best practices and technology, and helpful salahkaars (consultants).
Gautam Pandit, Creative Director, RK SWAMY BBDO, said, “The challenge was to find a way to communicate self-sufficiency in food production in a simple, warm manner which anyone can understand. The insight was to find a cultural connection common to the whole country. Thus came in the Sanskrit idiom from our culture Anna-Dhann-Sampann.”