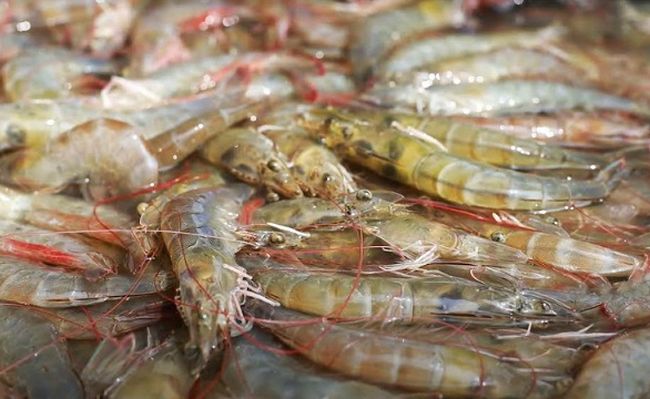 Kings Infra Venture, a technology-driven sustainable aquaculture company, has set a world record in the growth of pond-based aquaculture of L. Vannamei shrimps by harvesting shrimps weighing 80 gms (210 mm). L. Vannamei commonly known as the whiteleg shrimp are native to the eastern Pacific Ocean, from the Mexican state of Sonora to as far south as northern Peru. The maximum size which the species can grow in the natural ocean habitat at an age of 12-14 months as per the FAO, as well as other research organisations, is a maximum of 230 mm, with a maximum Carpice Length of 9 cm. To achieve similar growth in a pond-based aquaculture system in a period of 100-130 days is an incredible feat according to experts. The average size of harvested shrimps is 18-20 gm in the normal aqua farms. The record-breaking growth was achieved in normal earthen ponds by applying SISTA360 protocols developed by the R&D wing of the Kings Infra.

Elaborating the development, Shaji Baby John, Chairman and Managing Director, Kings Infra said, “The information available with us shows that there is no record of L. Vannamei shrimps weighing 80 gm per piece have been grown in an aquafarm anywhere in the world. The SISTA360 protocol farming practice, a proprietary system developed by our R&D team, has enabled us to achieve such a record.”

“The average weight of the shrimps in our farm during this crop has been in the range of 30 to 50 gm but we were surprised to find certain shrimps have grown to 75-80 grams during the final harvesting,” he added.

“The credit for this belongs to the SISTA360 farming protocols developed by our R&D team. SISTA360 is an integrated system based on symbiotic technology using principles adopted from BIOFLOC, Aquamimicry, and IMTA methods of aquaculture and adapted to Indian conditions. The achievement gains further significance as the farm used only antibiotic-free feed, probiotics, and natural supplements, ingredients such as curd, jaggery, turmeric, moringa leaves, garlic, tamarind, and other ingredients were used regularly under this protocol to improve immunity and disease resistance as well as improve growth rates,” Shaji Baby John further added.

“The successful harvesting is a milestone in our R&D efforts to develop an eco-friendly and economically sustainable aquaculture practice that could be replicated by small and marginal farmers. The success is noteworthy as our team had achieved the same in a 90-130 day harvest cycle despite facing several critical issues including adverse weather conditions,” he said.

You may also like to read: Aquaconnect wins ‘Most Innovative AgTech Startup Award’ at FICCI Agri Startup Summit

The successful harvesting of jumbo-sized shrimp is expected to bring a major positive impact on the topline and bottomline growth of Kings Infra in the next one year. As against the average farm-gate price of US$ 5 per kg for farmed shrimp the present initiative would help in realising US$ 15 per kg from the same pond. This is expected to change the economics of shrimp farming as these jumbo-sized shrimps will be a rare delicacy in the international as well as domestic markets and can fetch a premium price by providing sustainability and traceability certifications.

“The success would go a long way in showing the importance of the new technology for doubling export earnings from fisheries sector to Rs. 100,000 cr as envisaged under the Pradhan Mantri Matsya Sampada Yojana (PMMSY). The new technology would be a catalyst in doubling farmers’ income, another key objective of the government,” John added.

A listed company in BSE, Kings Infra has leveraged its rich experience and expertise and has entered into an agreement with NEC Japan to develop a proof of concept for indoor precision aquaculture utilising Artificial Intelligence (AI) and Internet of Things (IoT).

The company also has a collaborative project with J Jayalalitha Fisheries University for developing an open pond-based RAS system and the first trial pond harvest has also been completed successfully with the shrimps have grown to reach 43 gms size in 110 days.

SISTA360 in all ponds

The company is adopting SISTA360 protocols in all the ponds under cultivation in the new crop starting from the end of January. The idea is to achieve the production of jumbo-sized shrimps on a consistent basis. A SISTA360 shrimp nursery and seed bank with 100 million seeds per year is nearing completion close to the project site. The completion of these projects would ensure an uninterrupted supply of juveniles and the company would be in a position to harvest three crops instead of two crops at present.

The increase in the number of crops would ensure that the topline would double in the next 12 months while the bottomline by 200 per cent.

The company is in the final stage of completing plans for the national level rollout of the SISTA360 in a phased manner. “Initially, we plan to extend the technology in coastal Tamil Nadu to be followed by other regions in the country,” Shaji Baby John said. The plan is to bring 10,000 aqua entrepreneurs under SISTA360 over the next five years. A new SPV Kings SISTA360 Private Ltd. has been formed as a subsidiary of the Kings Infra Ventures for the purpose. The new initiative is expected to create a sustainable and traceable supply chain of over US$ 500 million in the next five years.

DoF organises webinar on ‘Neoteric Technologies in Fisheries and Aquaculture’ 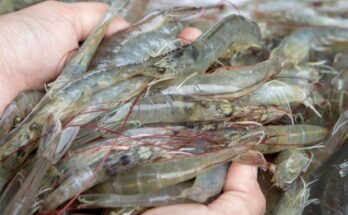 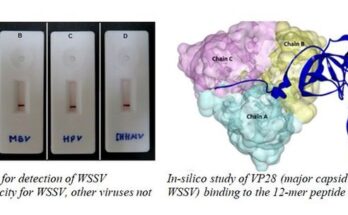