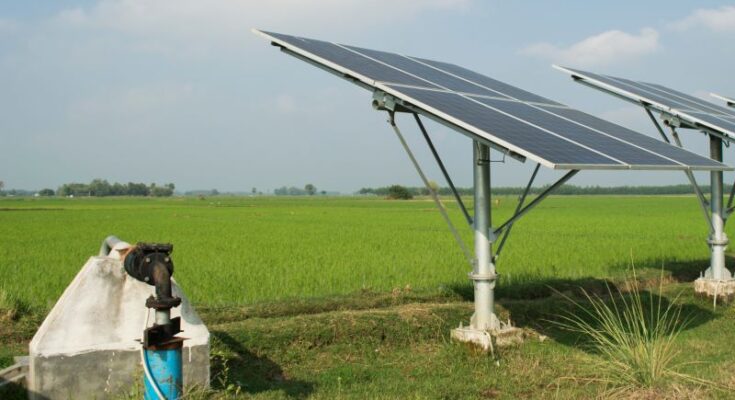 Solar technologies offer reliable and affordable energy, that too at an affordable cost. It is also sustainable and can help many rural parts of India which are still reeling under power outages. Dr. Shivendra Bajaj writes…

Solarisation in farm operations can transform the carbon footprint of Indian agriculture and boost the livelihood of small and marginal farmers. It is convenient, requires little government intervention, can be implemented and handled at the local level and does not need a huge building infrastructure. So, solar powered-irrigation comes as a boon for farmers living in difficult and remote terrains with poor facilities and connectivity. Farming is a labour-intensive job and requires substantial expenses, but it is also vulnerable to losses if the weather turns hostile. In the wake of climate change, lower or erratic rainfall and water scarcity are already turning out to be the biggest concern for agriculture.

Expanding the coverage of irrigation, especially micro-irrigation is a major challenge. Of the 140 million hectares of land under cultivation, about 50 per cent is irrigated. The other half of the farmlands in the country are still rainfed, which makes them vulnerable to the vagaries of weather. Moreover, the majority of farmers use flood irrigation, which is highly inefficient and leads to huge water losses. In India, agriculture uses up over 80 per cent of the water available. This demands farmers to switch to micro-irrigation methods such as sprinklers and drip irrigation, which use 40-60 per cent less water as compared to the conventional ways of irrigation. Yet, the share of micro-irrigation is less than 20 per cent.

Solar-powered micro-irrigation not only can facilitate a smooth transition to a water-saving mode of farming but comes to allow the cultivation of crops, probably throughout the year, in semi-arid and arid areas to drylands. Many parts of India have witnessed prolonged droughts in the past two decades. Solar power can help farm operations with efficient water usage. It is environment-friendly and non-polluting solution. Diesel consumption is estimated to go down by 7.5 per cent even if we manage to replace half of the existing diesel pumps. Studies suggest solar powered-irrigation not only enhance drought resilience but also help in groundwater sustainability, as much of the irrigation is carried out using water extracted from underground or nearby rivers through pumps operated on electricity or diesel. This accounts for 16-25 million tonnes of carbon emissions annually. This has urged the government to swap out about 30 million fossil-fuel-powered water pumps for solar-powered ones.

You may also like to read: India covers 59 lakh ha area with micro-irrigation under PMKSY

There is also a major disadvantage but can be tackled with intervention from the government through proper business models. Despite generating cheap electricity and long-term benefits, the installation of solar panels needs substantial initial investment. The upfront investment may have been a major obstacle for farmers to switch to solar power. The Indian government however is taking efforts to encourage the green initiative. PM-KUSUM (Pradhan Mantri Kisan Urja Suraksha evam Utthaan Mahabhiyan) is an ambitious scheme that aims to encourage farmers to install solar-powered motor pumps by giving 60-70 per cent subsidy. The government has spent Rs 120 million on the subsidy in the past two years. This has also allowed farmers to generate more income by selling additional electricity generated through solar panels to power distribution companies. A farmer from Rajasthan is earning Rs 400,000 per month by selling clean energy under the PM- KUSUM scheme. The government has plans to invest Rs 200 billion to solarise agriculture feeders.

Solar technologies offer reliable and affordable energy, that too at an affordable cost. It is also sustainable and can help many rural parts of India which are still reeling under power outages. The environmentally sustainable power generation reduces farmers’ vulnerability to energy shortages that do affect farm operations and thus crop productivity. Since farmers can generate their own energy using solar panels, they no longer remain dependent on electricity from power companies. They can go for multi-cropping thanks to the round-the-clock availability of water as a result of the use of solar powered-irrigation. Moreover, the area under the installed solar panels in the farms can be used for crops like coffee that are grown under the shade. Solar-powered pumps and irrigation facilities lead to efficient and sustainable use of water. Embracing solar power can assist farmers to increase crop production and crop productivity, besides indirectly supporting the global efforts to embark on the monumental task of shifting to renewable energy.

(Dr Shivendra Bajaj is the Executive Director of the Federation of Seed Industry of India. Views expressed in the article are the author’s own. Agriculture Post doesn’t assume any responsibility or liability for the same.) 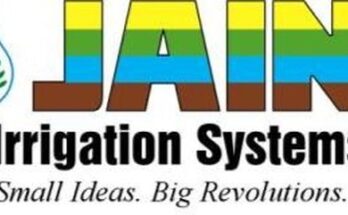 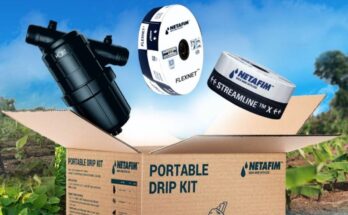 Drip Irrigation: Watering down the cost of Basmati rice cultivation 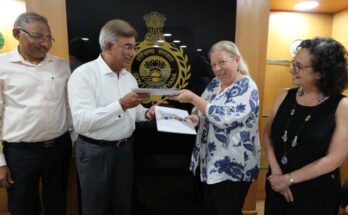