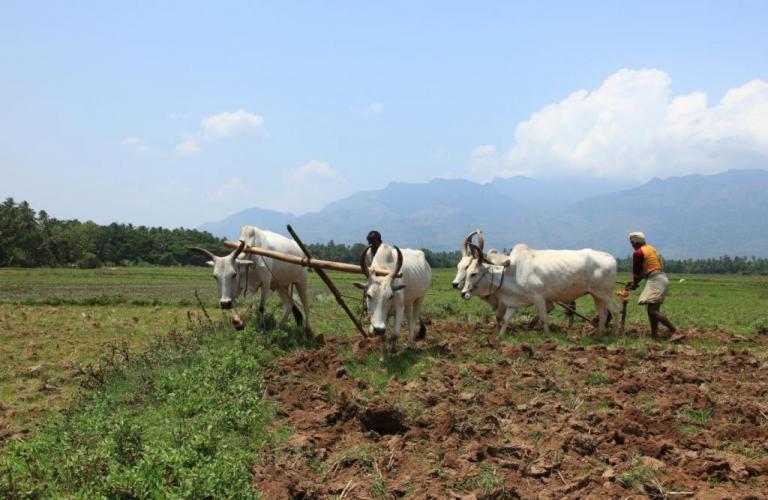 India Meteorological Department (IMD) has, today, predicted a normal monsoon rainfall for the year 2018, likely to be 97 percent of the Long Period Average (LPA) with a model error of ± 5 percent.
The forecast also suggests maximum probability for normal monsoon rainfall (96-104 percent of LPA) and low probability for deficient rainfall during the season.
IMD will issue the update in early June, 2018 as a part of the second stage forecast. Along with the updated forecast, separate forecasts for the monthly (July and August) rainfall over the country as a whole and seasonal (June-September) rainfall over the four geographical regions of India will also be issued.
IMD issues operational forecast for the southwest monsoon seasonal (June to September) rainfall for the country as a whole in two stages. The first stage forecast is issued in April and the second stage forecast is issued in June. These forecasts are prepared using state-of-the-art Statistical Ensemble Forecasting System (SEFS) that is critically reviewed and improved regularly through in-house research activities. Since 2012, IMD is also using the dynamical global climate forecasting system (CFS) model developed under the Monsoon Mission to generate forecasts. For this purpose, the latest version of the high resolution (horizontal resolution of approximately 38km (T382) Monsoon Mission CFS (MMCFS) was implemented in January 2017 at the Office of Climate Research and Services, IMD, Pune.
On April 4, private weather forecast agency Skymet Weather had released similar forecast that the four-month long Southwest Monsoon which gives about 70 percent of India’s annual rainfall, would be normal. This seasonal rainfall this year will be at 100 percent – with an error margin of +/-4 percent – of the long period average (LPA) of 887 mm for the four-month period from June to September.
As 65 percent agricultural land in the country is rainfed, Monsoon plays very crucial role in the agriculture sector and Indian economy as the sector gives livelihoods to over half the country’s population. The upcoming Kharif season is entirely based on Monsoon rains.