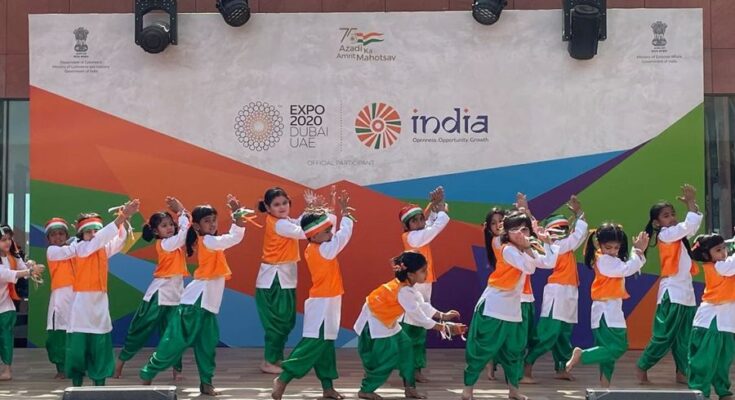 India’s active participation during the EXPO2020 Dubai is expected to yield beneficial relationships and partnerships across various sub-sectors, eventually bringing more visibility for the country on global platforms

The ‘Food, Agriculture and Livelihood’ fortnight at the Indian Pavilion in EXPO2020 Dubai concluded Wednesday with the sector highlighting India’s investment-friendly policies, growth opportunities and showcasing the country’s core strengths across different areas of agriculture and allied sectors to the global investors.

At the India Pavilion, the theme of ‘Food, Agriculture and Livelihood’ was represented by celebrating the diversity of Indian agriculture under four major sub-sectors: millets, horticulture, organic and food basket of the world (dairy, poultry and fisheries). The stories shared through the sub-sectors also covered food processing and cooperation, which are also pillars for future growth.

Starting on February 17, 2022, the fortnight was inaugurated by Dr Abhilaksh Likhi, Additional Secretary, Ministry of Agriculture & Farmers Welfare along with Shubha Thakur, Joint Secretary, Department of Agriculture and Farmers Welfare. The inaugural ceremony also included the opening of the Millets Food Festival along with introductory conversations amongst the government and private sector. The inaugural delegation invited the audience to participate in seminars, conferences, roundtable meetings and country-level meetings scheduled during this period, to interact with government delegations, businesses, and entrepreneurs from across the globe.

In addition to the display at the Indian Pavilion, a senior-level delegation from India added required enthusiasm and acceleration by participating in meetings with senior officials and investors from Zimbabwe, Vietnam, Morocco and Myanmar. The participants explored areas of cooperation in agriculture, rural development, fisheries and the seafood sectors, in order to boost exports and strengthen the trade relations.

In line with the recent declaration of the year 2023 as the ‘International Year of Millets’ by the United Nations General Assembly, India’s advantage as a major millet producer was highlighted during the expo. Millets production not only supports small farm holders but also contributes towards achieving food safety and nutrition as a whole. A seminar on millets was conducted to highlight India’s potential and tremendous opportunities of this sub-sector, for stakeholders across the millets value chain including processing and export.

Given the current scenario of Indian agriculture, technological innovations and advancements will determine the parameters of success. Hence, the Ministry of Agriculture and Farmers Welfare hosted a seminar on ‘Emerging Technologies in farm machinery, digitisation and opportunities for entrepreneurship. The seminar focused on showcasing the innovative and relevant technological interventions that would impact the overall productivity and competitiveness of India’s farm sector through farm mechanisation, digitisation and entrepreneurship development.

The seminar organised on the subject ‘Indian Organic and Horticulture Sector–Moving Up the Value Chain’, further emphasised on the progress made in these sub-sectors to improve quality and access high-value markets. The seminar attracted participation from the government and private sector expressed interest to increase export/import volumes in this segment.

The Department of Animal Husbandry and Dairying (DAHD) had several engagements at the EXPO2020 Dubai from February 28 to March 02. Atul Chaturvedi, Secretary, DAHD, GoI virtually connected with the heads of prominent companies like Al Dahra and Lulu Group to apprise them of the various opportunities and schemes that they could explore within India’s dairy, livestock, and animal feed sectors. The objective of such engagements is to one attract more investments in India’s dairying and livestock infrastructure so that there are higher profit margins and more jobs created within India, and secondly, it also seeks to promote Indian exports to countries within the Middle East and beyond. Thus, the Secretary DAHD shone the spotlight on the major steps taken towards enhancing traceability, adopting technology, and encouraging startups in the country’s animal husbandry and dairy sector. As a next step, the Invest India team will conduct market research, location analysis, and assist the interested companies with their India entry plans.

Food processing sector in India is being increasingly seen as a potential source for driving the rural economy and thereby increasing the farmers’ income. The future of the agriculture and food processing industry has been anticipated to potentially attract US$33 billion investments and generate employment for nine million people by 2024. India has a tremendous platform to cater to its domestic demand as well as explore export markets. In order to harness this immense potential, Kuntal Sensarma, Economic Advisor, to the Ministry of Food Processing Industries (MoFPI) led conversations with key stakeholders to foster business collaborations for the sector, which will not only increase overall processing percentage but also contribute to reducing post-harvest losses.

The fisheries sector plays an important role in the Indian economy providing principal livelihood support and employment to more than 14 million people. India is bestowed with more than 2500 fish species with 75 per cent of them being marine species. Fisheries sector has registered more than double growth in past five years from 4.9 per cent in 2012-13 to 11.9 per cent in 2017-18. Over 50 different types of fish and shellfish products are being exported from India to 75 countries around the world. Major import markets for India are China, South-East Asia, USA, EU, Japan and Middle East. Frozen shrimp is the key contributor to India’s export basket. The immense potential of fisheries sector was further highlighted by IA Siddiqui, Additional Commissioner, Department of Fisheries, during the meetings and discussions with delegates from other participating countries at the EXPO2020 Dubai.

With a vision to set up 50,000 new start-ups, 500 new incubators and 100 new innovation zones by 2024, India has made significant progress. The Start-up India ecosystem has so far recognised more than 63,000 startups and India is home to a total of 89 unicorns so far. To help connect with the global startup ecosystem, Start-up India has launched bridges with 13 countries (Brazil, Sweden, Russia, Portugal, UK, Finland, Netherlands, Singapore, Israel, Japan, Canada, Croatia, and South Korea) that provides a soft-landing platform and aid in promoting cross-collaboration.

You may also like to read: India showcases prowess of digital agriculture at EXPO2020 Dubai

At the EXPO2020 Dubai, the Start-up India ecosystem presented 25 startups from agriculture, food processing, dairy, animal husbandry, fishery and poultry sub-sectors. Parallelly, the design and conduct of “Elevate” pitching sessions, outside India Pavilion, has provided an opportunity for Indian startups for pitching their business ideas to global investors and attracting investments.

As a result of the active participation of senior government officials over the two weeks time period, prominent business groups like Al Dahra, DP World, Grand Hypermarket, LuLu amongst others have expressed keen interest in the Indian market. During the meetings, business possibilities in upcoming markets like North-Eastern (NE) states of India, attracted special attention.

Overall, India’s active participation during the EXPO2020 Dubai is expected to yield beneficial relationships and partnerships across various sub-sectors, eventually bringing more visibility for the country on global platforms. 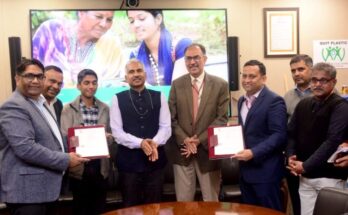 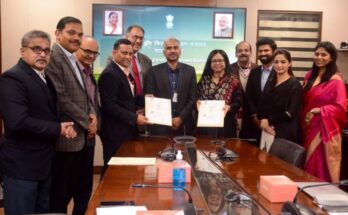 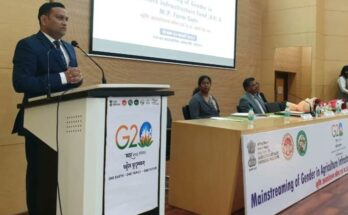