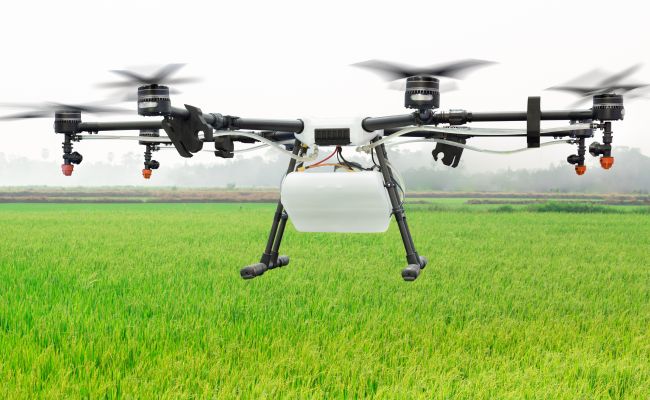 The use of drones for the crop-protection in India is new and the country is gaining experience. Indian Council of Agricultural Research (ICAR) initiated a network programme in September, 2021 where research on the use of drones and artificial intelligence (AI) for timely monitoring of crop growth, health and managing it with enhanced input use efficiency were taken up. Drone and AI technology are used to monitor near real-time crop health. Drone is also used for variable rate technology for pesticide and liquid fertiliser applications, mapping of water spread area, water sampling, mapping macrophyte infestation and aquaculture management practices. Drone and AI technology are also used for precision livestock farming, particularly its health monitoring, Union Minister for Agriculture and Farmers Welfare, Narendra Singh Tomar said in a written reply in Lok Sabha on Tuesday.

The adoption of drone technologies in agriculture has the potential to revolutionise Indian agriculture. In order to make drone technology affordable to the farmers and other stakeholders of this sector, financial assistance @ 100 per cent cost of drones together with the contingent expenditure is extended to ICAR, state agriculture universities (SAU), state governments, state government institutions under Sub-Mission on Agricultural Mechanization (SMAM) for its demonstration on the farmers’ field.  Apart from this, farmers are getting timely information and advisory services through online and telecom mediums such as Kisan Call Centre and Kisan Suvidha App so that farmers can make decisions for increasing crop productivity, the minister further said in the lower house of Indian parliament.

Government schemes for agriculture and farmers

For enhancing farmers’ income, the emphasis is on adopting a multi-dimensional strategy, which includes an increase in production through the creation of resources for improving irrigation; effective use of inputs; reduction of post-harvest losses; value addition; reforms in agriculture marketing; minimising risk and providing security and assistance, and promotion of allied activities. The Government has adopted several developmental programmes, schemes, reforms and policies that focus on higher incomes for the farmers. All these policies and programmes are being supported by higher budgetary allocations, and non-budgetary financial resources such as creating corpus funds like Micro Irrigation Fund, Tomar further informed the Lok Sabha.

You may also like to read: Sensor-based drone application in agriculture is the need of the hour, says JS, Agriculture

There have been several reforms to unleash the potential, e.g. Formation and Promotion of 10,000 FPOs along with necessary financial support under AtmaNirbhar Package (Agriculture). Under AtmaNirbhar Bharat special attention is being paid for the creation of infrastructure under which Agriculture Infrastructure Fund (AIF) has been created with a size of Rs.100,000 crore. Other special initiatives include supplementary income transfers under PM-KISAN; Pradhan Mantri Fasal Bima Yojna (PMFBY); Pradhan Mantri Krishi Sinchai Yojana (PMKSY); an Increase in minimum support price (MSPs) for all kharif and rabi crops ensuring a minimum of 50 per cent of profit margin on the cost of production; beekeeping; Rashtriya Gokul Mission; blue revolution; Interest Subvention Scheme; Kisan Credit Card (KCC) that now offers production loan to even dairy and fishery farmers besides agricultural crops, the agriculture minister said on various government schemes.

During the last three years (2019-2021) a total of 946 field crop varieties have been released comprising of 379 of cereals, 146 of oilseeds, 168 of pulses, 55 of forage crops, 158 of fibre crops, 26 of sugarcane and 14 of other crops (potential/minor crops). In addition, 288 varieties of horticultural crops were also released. These improved varieties are helping farmers to increase their income, Tomar informed on recent development in agricultural research in the country. 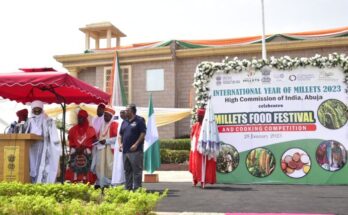