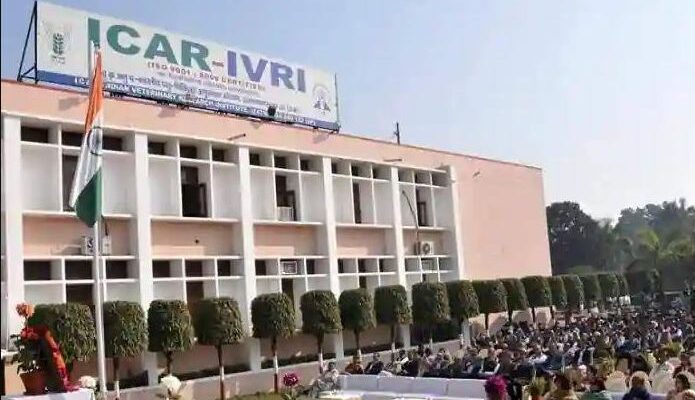 In his address, Dr. Trilochan Mohapatra, Secretary (DARE) & Director General, Indian Council of Agricultural Research (ICAR) congratulated the team, ICAR-IVRI for moving in the direction of providing the country with two important vaccines at a cheaper price and longer immunity. Dr. Mohapatra applauded the Agrinnovate India for commercialising around 150 technologies during 2021 and fetching a gross realisation of over Rs. 4 crore. The ICAR DG said that the development of vaccines using indigenous strains is a step towards Atma Nirbhar Bharat. He emphasised that due to the cheaper prices of the vaccines, a greater return can be achieved with lesser investment which will enable production enhancement in animals. He also urged for looking out the ways for supplying the indigenous vaccines to other countries as well.

Dr. Bhupendra Nath Tripathi, Deputy Director General (Animal Science), ICAR regarded the vaccines to be a great problem-solver for the farmers or people involved in animal husbandry practices. He accentuated that the commercialisation of the vaccines is a great achievement for the ICAR-IVRI. Available at affordable prices, the vaccines can be utilised effectively.

Dr. BP Mishra, Director, ICAR-IVRI informed about the four patents that have been recently granted to the institute. He stressed that three out of four patents are on vaccines.

Rajeev Gandhi, CEO, Hester Biosciences regarded the transfer of technologies as the event. He emphasised that the two vaccines are the first indigenous vaccines to be developed in the country. He stressed that the vaccines will be a game-changer for the Swine-rearing people.

The Classical Swine Fever (CSF) is an important disease of pigs that causes 100 percent mortality. In India, the disease is controlled by a lapinised CSF vaccine (Weybridge Strain, UK) produced by killing large numbers of rabbits. To avoid this, the ICAR-IVRI earlier developed a Cell Culture CSF Vaccine using the Lapinized vaccine virus from foreign strain.

The Indigenous CSF Cell Culture Vaccine (IVRI-CSF-BS) developed by using an Indian field isolates has a huge export potential. Due to its very high titre (1×109.5 TCID50 / ml), the vaccine can produce a large number of doses (60 lakhs approx.) easily from only one 75 cm² Tissue Culture Flask. The country’s yearly requirement of 22 million doses can be prepared in just four 75 cm² Tissue Culture Flasks.

Costing around less than Rs 2 per dose as against Rs. 15 to Rs. 25 of Lapinized CSF Vaccine, the high titre vaccine would be the most economical CSF Cell Culture Vaccine. The vaccine has been extensively tested for safety and potency. The vaccine has been found to induce protective immunity from day 14 of the vaccination till 18 months.

Sheep pox is a severe viral disease in sheep which is economically important in small ruminants. A live attenuated Sheep Pox Vaccine using indigenous strain was developed by IVRI for preventive vaccination in the sheep population.

The developed vaccine uses indigenous Sheep Pox Virus Strain [SPPV Srin 38/00] and is adapted to grow in the Vero cell line which makes the vaccine production to be easily scalable. The vaccine is innocuous, safe, potent, and immunogenic [efficacious] for sheep aged more than six months. It has been evaluated both in-house and field. It protects the vaccinated animals for a period of 40 months.

Read more: Use of technology for sustainable farming practices