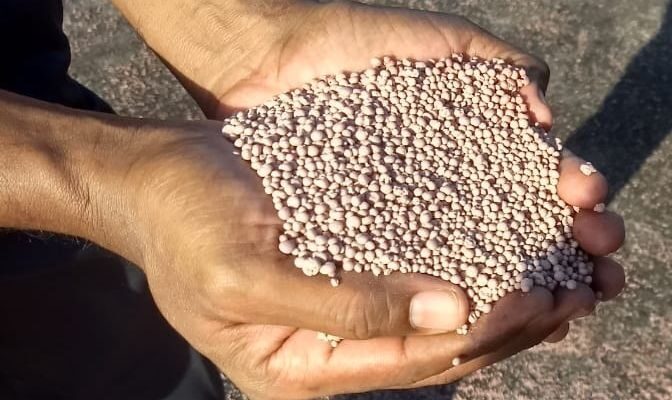 Department of Fertilizers, in consultation with manufacturers of various fertilisers has finalised the target of indigenous production and the same is being monitored closely

During Rabi 2020-21 season, the fertiliser availability remained comfortable throughout the country. Inspite of various challenges posed by COVID-19 outbreak. The production, import and movement of fertilisers remained timely and adequate, Ministry of Chemicals and Fertilizers has said.

The Department of Agriculture & Farmers Welfare (DAC&FW) assessed the requirement of various fertilisers in consultation with states and union territories for the Kharif 2021 season and has conveyed it to Department of Fertilizers (DoF). The DoF, in consultation with manufacturers of various fertilisers has finalised the target of indigenous production and the same is being monitored closely, Chemicals and Fertilizers Ministry has said.

To bridge the gap between assessed requirement and indigenous production in case of urea, the imports are being planned timely and adequately. In case of P&K (phosphorous and potassium) fertilisers, the imports come under OGL (Open and General Licences), wherein the fertiliser companies are free to import the quantities and raw material based on their commercial considerations.

To assess the preparedness for Kharif 2021 season, Union Minister (C&F), DV Sadananda Gowda took review meeting with the CMD/MDs of various fertiliser companies on March 15, 2021. The various issues such as expected indigenous production, anticipated imports of raw material and finished fertilisers were discussed in detail. A follow up meeting was held on April 01, 2021 under the chairpersonship of secretary (Fertilizers) wherein the various fertiliser companies submitted their preparedness, inventory position and the movement plans for the Kharif 2021 season. It was also informed by fertilisers industries in the meeting that price of raw materials of P&K fertilisers have increased.

On the issue of price revision of complex fertilisers by IFFCO, Union Minister (C&F) Sadananda Gowda had discussion with senior officials of Department of Fertilizers and IFFCO representative on April 08, 2021 and the company was suitably advised to ensure that the existing stock of DAP (Diammonium phosphate) and complex fertilisers are sold on the old prices to the farmers. The same was confirmed by IFFCO that they will be selling nearly 11.26 LMT available stock of DAP/complex fertilisers on the older rates.

A meeting was again convened under the chairpersonship of secretary (Fertilizers) on April 09, 2021 wherein the availability scenario was reviewed specifically with regard to P&K fertilisers. The companies have been advised to continue the movement of fertilisers so as to achieve the desired level of pre-positioning before the peak phase of Kharif season. The manufacturers and the importers have given an assurance with regard to achieving the target indigenous production and imports of fertilisers.

There was a clear message to all the companies that the comfortable availability situation as has been in recent years, the same shall continue through concerted efforts. The Fertilizer Association of India (FAI) presented an analysis wherein it was highlighted that with the given level of inventory already placed in the states is sufficient to meet the requirement of next three months for various fertilisers. The government is closely monitoring availability and price of fertilisers in the interest of farmers.