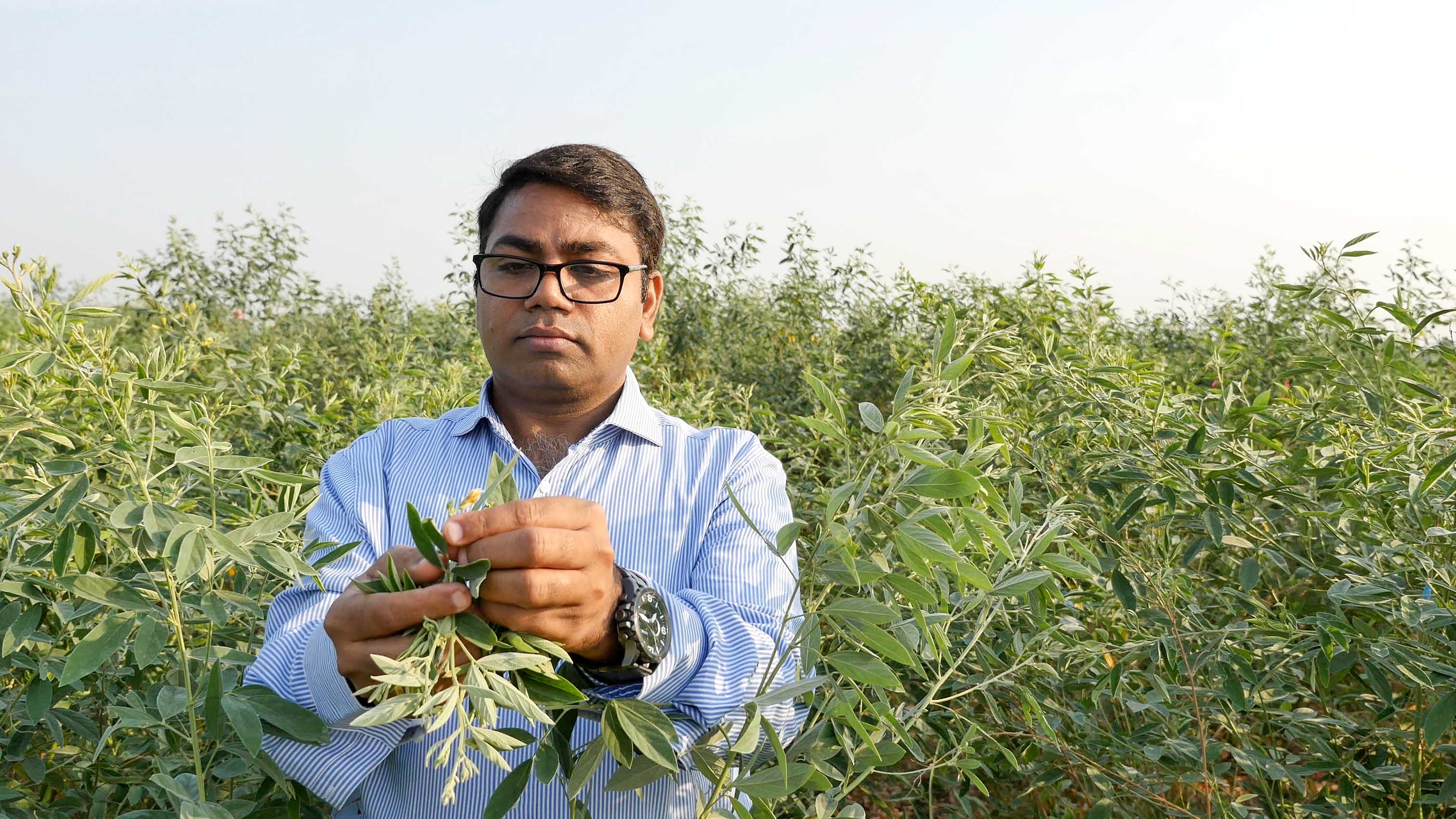 The American Society of Agronomy (ASA) has conferred its prestigious 2018 fellowship to Dr Rajeev K Varshney, Research Program Director, Genetic Gains, International Crops Research Institute for the Semi-Arid Tropics (ICRISAT), in Baltimore, USA. Fellow is the highest recognition bestowed by the ASA for Dr Varshney’s meritorious contributions to genomics and molecular breeding for crop improvement. He is the only Indian scientist and one of three non-US scientists to have received the fellowship this year. Only up to 0.3 percent of the Society’s active and emeritus members receive this honour each year.
“All our success was made possible by our collaborations across the globe. With support from donors and partners worldwide, we at the ICRISAT’s Center-of-Excellence in Genomics & Systems Biology (CEGSB), have made rapid strides in genomics research and sequenced genomes of nine crops. This includes pearl millet, groundnut, chickpea and pigeonpea which are important for the nutrition and livelihoods of smallholder farmers in the drylands of India and sub-Saharan Africa,” Dr Varshney said.
The CEGSB at the ICRISAT has been leading genomics and molecular activities for over a decade now. Genomic resources, tools and technologies developed by CEGSB in collaboration with several international partners have been successfully utilised in developing superior lines through molecular breeding products not only at ICRISAT but also several other institutes such as ICAR- Indian Institute of Pulses Research, Kanpur (India), ICAR- Directorate of Groundnut Research, ICAR- Indian Agricultural Research Institute, Ethiopian Institute of Agricultural Research and Egerton University in Kenya.
As a result of the intensive efforts of several collaborators, superior lines of chickpea for drought tolerance and disease resistance and of groundnut for foliar disease resistance and high oleic acid have been developed. These lines are at advanced stages in the field trials for release as superior varieties.
“It is a benediction for the global agricultural and scientific community that the importance of genomics breeding for advancements in agriculture is being expansively recognised. Dr Varshney’s efforts in leading several international genome sequencing consortia to decode the DNA of dryland crops will give way to many more significant breakthroughs to the benefit of the smallholder farmers across the globe,” said Dr Peter Carberry, Director General, ICRISAT.
The ASA is a scientific and professional society of agronomists and scientists of related disciplines. The society was founded in 1907 with the objective to increase and disseminate knowledge concerning soils, crops, and the conditions affecting them. Two daughter societies were subsequently formed, the Soil Science Society of America (SSSA) and the Crop Science Society of America (CSSA).
Dr Varshney is also an elected fellow of CSSA for 2015 for his work in the area of crop science and the first Indian to receive the Young Crop Scientist award from CSSA in 2013.
Headquartered in Hyderabad, ICRISAT is an international non-profit, non-political organisation that conducts agricultural research for development in Asia and sub-Saharan Africa with a wide array of partners throughout the world. Covering 6.5 million square kilometers of land in 55 countries, the semi-arid tropics have over 2 billion people, and 644 million of these are the poorest of the poor.