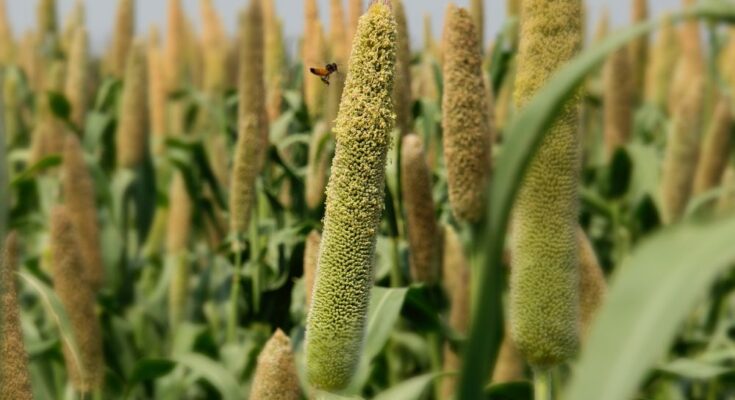 The programme was organised to support the farmers, agriculture students and other stakeholders in the export-oriented supply chain which generate rural employment

In a bid to give a fillip to the start-up ecosystem for promotion of agricultural products exports, Agriculture and Processed Food Production Export Development Authority (APEDA) in association with Agriculture University, Jodhpur, Rajasthan recently organised a programme where more than 430 farmers, students, traders and other stakeholders participated.

The orientation programme for start-ups in agri-export was aimed at creating awareness among farmers and agriculture students in the western region of Rajasthan on agri-exports. The focus of the programme was to urge the Rajasthan government to adopt ‘agriculture export’ as a business opportunity for boosting livelihood and farmers’ income.

The programme was organised to support the farmers, agriculture students and other stakeholders in the export-oriented supply chain which generate rural employment.

During the programme, APEDA officials explained issues around agricultural exports and challenges in the export-oriented agriculture supply chain.

Besides the export potential of cumin, isabgol, pomegranate, anise seeds, caster, guargam and hina were discussed.  The programme emphasised the need for automation and mechanisation in agriculture for achieving quality production which would enhance competitiveness in the international market. The officials from Rajasthan Agricultural Marketing Board (RSAMB) have participated in the meet.

APEDA has been focusing on collaborative approach to bring synergy with a number of organisations and institutions having inherent professional and specialised expertise in different areas for capacity building of various stakeholders and providing solutions for addressing some of the identified interventions for the development of agriculture and its export enhancement in consonance with the objectives set under Agri Export Policy (AEP) announced by Government of India in 2018.

APEDA has been engaged with state governments for the implementation of AEP. The states of Maharashtra, Uttar Pradesh, Kerala, Nagaland, Tamil Nadu, Assam, Punjab, Karnataka, Gujarat, Rajasthan, Andhra Pradesh, Telangana, Manipur, Sikkim, Uttarakhand and Madhya Pradesh have finalised the state-specific action plans for exports while the action plans of other states are at different stages of finalisation.