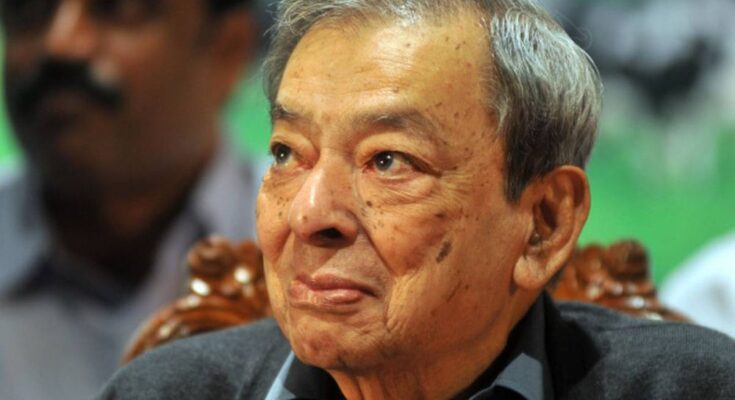 Father of India’s White Revolution, Dr Verghese Kurien transformed India from a milk deficit country to the largest milk producing nation in the world. Born in 1921 in Calicut, Kerela, he dedicated himself to improving the lives of millions of his countrymen, empowering women, and made India’s milk industry the leading rural employer of the country.

In 1949, Dr. Kurien established the dairy cooperative, Kaira District Cooperative Milk Producers’ Union (KDCMPUL), popularly known as Amul Dairy, at Anand in Gujarat. In 1965, Prime Minister Lal Bahadur Shastri tasked Dr. Kurien to replicate the dairy’s Anand scheme nationwide for which, the National Dairy Development Board (NDDB) was founded under Dr. Kurien. The Anand dairy was replicated in Gujarat’s districts around it and he set brought all of them under Gujarat Co-operative Milk Marketing Federation (GCMMF) in 1973 to sell their products under a single Amul brand. In 1979, he founded Institute of Rural Management Anand (IRMA) to groom managers for the cooperatives. Dr Kurien had passed away on the September 9, 2012.

Considering the Dr. Kurien’s services to the nation, the webinar was attended by personalities of dairy industry and associates and around 1,000 participants who have been directly or indirectly been associated with Dr. Kurien and his institutions.

Special Guests Dr. Bruce Scholten, Professor, Durham University (UK) and Siddharth, grandson of Dr. Kurien, both of them have contributed their experiences in the audio book as well and Atul Bhide, has conceptualised and produced the audio book. The webinar was presided over by Dr. RS Sodhi, Managing Director, GCMMF, and KM Jhala, Chief Operating Officer, GCMMF.

Nirmala Kurien, the daughter of Dr. Kurien unveiled the audio book on the website www.drkurien.com and shared her childhood memories with her father of how he always believed in equal opportunity for all and excellence in any work that you do. The participants shared their memories and experiences that they had while working with Dr. Kurien. Atul Bhide recounted his experience of knowing Dr. Kurien while making of this audio book and how enlightening it was for him. Dr. Sodhi, MD, GCMMF being from the first batch of Rural Management graduates from IRMA, recalled how Dr. Kurien was like a father figure for the students of IRMA and how Dr. Kurien instilled the value of integrity, honesty, punctuality and excellence in one’s field of work in all institutions that he built. Dr. Kurien always worked for the economic development of the farmers.

Dilip Rath, Chairman, National Dairy Development Board emphasised how Dr. Kurien always kept the benefit of farmers on the forefront and worked on the implementation of Operation Flood as a farmer representative and not as a government employee. The professional from advertising industry, Shashi Sinha, CEO, IPG Mediabrands, India and Rahul Dacunha, MD, daCunha Associates, Mumbai expressed their awe for the advertising acumen of Dr. Kurien and how he gave freedom of work to the creative team that was behind brand AMUL.