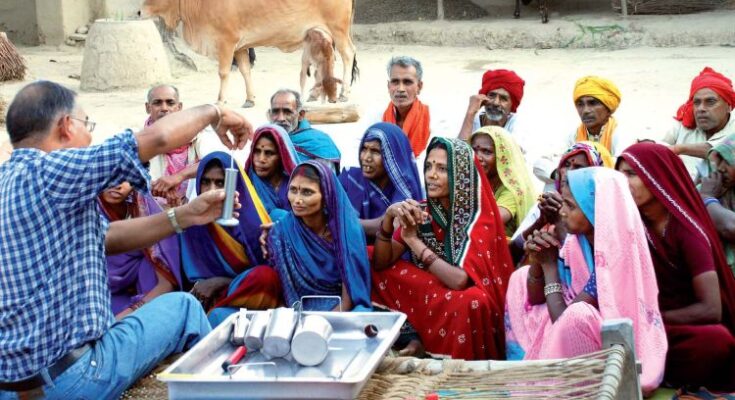 According to MoRD, as of now, more than 81,000 women farmers were being supported under dairy value chain development interventions of DAY-NRLM with the support of National Dairy Development Board

As per information received from National Bank for Agriculture and Rural Development (NABARD), the Ministry of Finance, Government of India has set up a “Women Self-Help Group Development Fund” to implement a ‘Scheme for promotion of Women Self-Help Groups in left-wing extremism (LWE) affected and backward districts of India, including dairy scheme. As on 31 December 2021, the cumulative funds released by NABARD towards grant assistance, training, capacity building and other initiatives, out of this fund, stood at ₹150.02 crores, the minister further said.

The department provides assistance under dairy development schemes for the creation, strengthening and modernisation of infrastructure for procurement, processing and marketing of milk and milk products for benefit of dairy farmers including women. The women member associated in the dairy sector also gets benefit under these schemes, Rupala further informed the Lok Sabha.

As, on date, no proposal from SHGs under the said schemes has been received in the department. As per information received from MoRD (Ministry of Rural Development, as of now, more than 81,000 women farmers are being supported under dairy value chain development interventions of DAY-NRLM (National Rural Livelihood Mission) scheme with the support of National Dairy Development Board (NDDB). This is a demand-driven scheme. and no proposal was received from Tamil Nadu and Maharashtra under this scheme, he said.

You may also like to read: DBS Bank India, Stellapps partner to create access to digitisation for small dairies

The assistance was provided to Tamil Nadu and Maharashtra by the Department of Animal Husbandry & Dairying for dairy development under NPDD, Dairy Entrepreneurship Development Scheme (DEDS), DIDF and Supporting Dairy Cooperatives and Farmer Producer Organisations (SDCFPO) engaged in dairy activities during the last three years.

NABARD (National Bank for Agriculture and Rural Development) has been extending grant support to partner agencies for the promotion and nurturing of SHGs, for training and capacity building of SHG members and other stakeholders, besides initiating special programmes for backward regions. The domain of SHGs consist of 87.75 per cent women groups, the minister further informed the lower house of the parliament.

NABARD has been supporting skill and entrepreneurship training to SHG members through MEDP since March 2006. Cumulatively, around 5.22 lakh SHG members, mostly women, have received training through 18,434 MEDPs as on 31 March 2021, Parshottam Rupala said.

Livelihood and Enterprise Development Programme (LEDP) was initiated by NABARD on a pilot basis in December 2015 with a view to create sustainable livelihoods among SHG members, mostly women and to obtain optimum benefit from skill upgradation. LEDP envisages the conduct of livelihood promotion in both farm and off-farm activities under project mode in clusters in contiguous villages. There is a provision for intensive training for skill-building, refresher training, backward-forward linkages, handholding and escort support for credit linkage. Cumulatively 136,098 SHG members have been supported through 1,284 LEDP programmes up to 31 March 2021, the minister added. 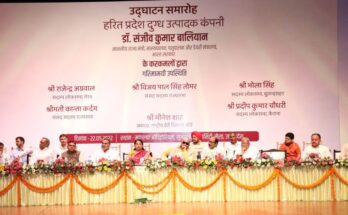 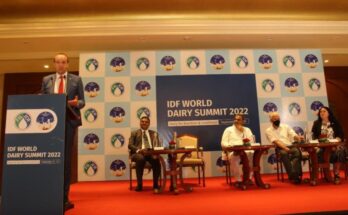 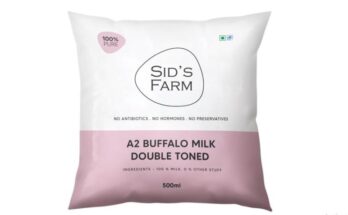