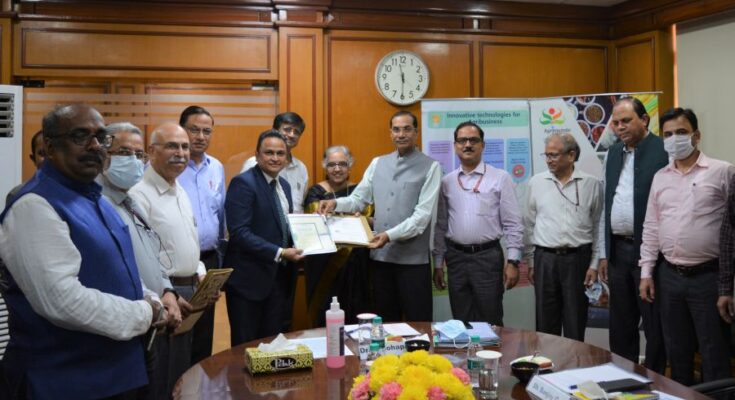 Innoterra India has signed a global partnership agreement with the Indian Council for Agricultural Research to develop a biopesticide against Fusarium wilt, popularly known as Panama disease

Innoterra India, one of India’s leading fruit producers and exporters through its business unit Desai AgriFoods, has signed a global partnership agreement with the Indian Council for Agricultural Research (ICAR) to develop a biopesticide against Fusarium wilt, popularly known as Panama Wilt disease. The biopesticide, called ‘Fusicont’, is based on a novel technology that directly targets the deadly fungal disease currently responsible for the destruction of millions of tonnes of banana crops worldwide. The partnership is the first of its kind in India to battle the disease.

The ‘Cavendish’ cultivar accounts for 99 per cent of all bananas shipped from India to multiple export destinations. It is a crucial part of the US$40 billion global banana industry. According to the Food and Agriculture Organization of the United Nations (FAO), Tropical Race 4 (TR4) variant of the disease is the most destructive of all banana plant diseases, with the current strain threatening the Cavendish banana’s extinction. TR4 strain does affect other varieties of bananas as well, many of which are the primary food source in countries around the world. Currently, there is no viable solution for the disease in the world, which makes it a potent threat to not only the crops but farmers’ livelihood depending solely on the cultivation of bananas.

The Fusicont biopesticide is a ground-breaking solution that claims effectiveness against the TR4 strain of the Panama Wilt disease. The solution is developed in India by ICAR and has proven effective against TR4 in the early-stage trials. Innoterra’s partnership with ICAR for their technology will be followed by extensive field trials and testing effectiveness of the solution at the farm level globally.

Dr. Trilochan Mohapatra, Secretary, Department of Agricultural Research (DARE) and Director General of ICAR and Dr. Sudha Mysore, CEO of Agrinnovate have been the guiding forces for this partnership. Speaking on the occasion, Dr. Mohapatra said, “ICAR and Agrinnovate are proud of Innoterra’s vision and efforts to be at the forefront of ushering farmers sustenance and commercialising innovation-led technology for mitigating the impact of climate change especially control of pest pandemic in Banana globally. This is an excellent example of public-private-farmer partnership model”

Dr. Mysore urged all stakeholders to collaborate with Innoterra and bolster the mandate of Make-in-India and Aatmanirbhar Bharat.

You may also like: WFP, ICRISAT to partner on climate-resilient food security, nutrition and livelihoods in India

Dr. T. Damodaran, Head of Central Soil Salinity Research Institute (CSSRI, RRS) and Dr. S Rajan Director, Central Institute of Sub-tropical Horticulture (CISH) and, who led the development of the Fusicont solution, are veteran experts of banana cultivation at ICAR. Highlighting the development, Dr. Damodaran said, “We are extremely pleased to be partnering with Innoterra, a leader in fruit production and exports. Innoterra is one of the first organisations in India to take initiative in fighting Panama disease globally to maintain the health and sustainability of Cavendish bananas. We look forward to advancing the Fusicont biopesticide technology and developing a viable, long-term solution to the severe threat posed by the TR4 strain of Panama disease.”

Since 2010, TR4 has spread to major countries around the world. Due to limited knowledge and lack of management models and resources to fight this disease, it is becoming an increasing concern in India and worldwide. Innoterra’s strategy is developing comprehensive solutions that achieve complete plant health rather than just the containment of spread.

Dr. Anup Karwa, Head of Operations, India Crops division for Innoterra, said, “Innoterra is glad to be the first-mover in partnering with ICAR for Fusicont and conducting planned trials at our farms across South Asia. A cost-effective and scalable solution against TR4 is in the interest of the global farming community, especially small and mid-holder farmers who are severely affected by this disease today. We expect to curb production losses up to 90 per cent with Fusicont, helping our farmers up the yield and maintain quality of banana crops consistently over the years. The biopesticide has shown promising results in ICAR’s large scale validation in hotspots of India and has proven to be a sustainable solution for the environment.”

The development and mass adoption of this biopesticide will save the livelihoods of thousands of banana farmers, affected by crop loss on account of the Panama wilt disease year after year. Fusicont is in the advanced stages of commercialisation and has also received regulatory approval from Central Insecticide Board (CIB), Government of India.