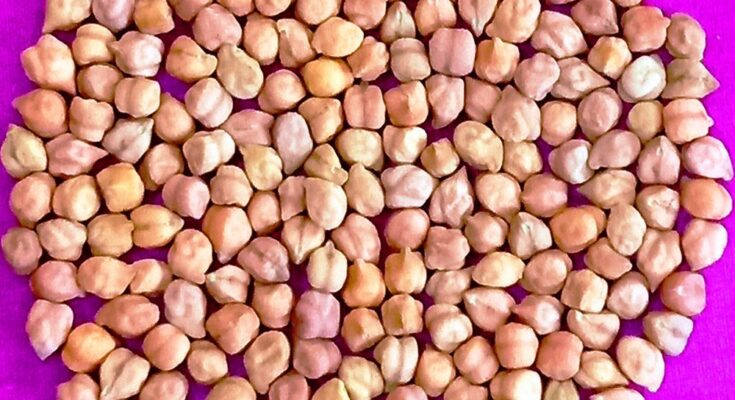 Hyderabad: Three new chickpea varieties, with traits like enhanced drought tolerance, disease resistance and high yield, are set to become available to Indian farmers as they have been notified for cultivation by the Central Varietal Release Committee.

“Genomics driven interventions to enhance crop yield and tolerance to biotic and abiotic stresses are the need of the hour under changing climate. The national agricultural research system led by ICAR (Indian Council of Agricultural Research) has been working in this direction to develop high yielding and climate-resilient crop varieties. Thirty five varieties of different crops with special traits including climate resilience were dedicated to India by the Prime Minister. Two of these were chickpea developed in partnership with ICRISAT. I congratulate everyone involved in this collaborative effort and wish them more success in the future,” said Dr. Trilochan Mohapatra, Secretary, Department of Agricultural Research, and Director General, ICAR.

“I am delighted to see the collaborative efforts of ICAR and ICRISAT benefit farmers. These new varieties are well poised to strengthen food and nutrition security as well as livelihoods in India by providing adaptation mechanisms to the climate-related challenges confronting the agriculture sector,” said Dr. Jacqueline Hughes, Director General, International Crops Research Institute for the Semi-Arid Tropics (ICRISAT).

Dr Arvind Kumar, ICRISAT’s Deputy Director General – Research, pointed to the threat of drought in chickpea growing regions of India while explaining the need for sustained and continued research to improve the crop. “Drought alone causes up to 60 per cent annual yield losses in chickpea. Changing climate warrants development of cultivars that can attain their maximum potential under drought stress in rain-fed environments as well as in disease prone-environments,” Dr Kumar said.

ICRISAT, in collaboration with ICAR, has been leading the efforts for genetic dissection of drought tolerance and Fusarium wilt resistance in chickpea using the most advanced sequencing and genotyping technologies at its Centre-of-Excellence in Genomics & Systems Biology.

Collectively called Genomics-Assisted Breeding, these approaches are being deployed by ICAR institutes such as ICAR- IIPR, ICAR- IARI and several state agricultural universities, in collaboration with ICRISAT, to develop high-yielding, diseases resistant and nutrition-dense varieties faster than ever before.

Among the three new chickpea varieties are the two drought-tolerant varieties – IPC L4-14 and BGM 4005 – that were developed by transferring a “QTL-hotspot” (genes for drought tolerance) from the donor chickpea variety ICC 4958 into two leading parental chickpea varieties, DCP 92-3 and Pusa 362, respectively.

After evaluation at several locations under no-irrigation (rain-fed conditions) for many years, the new varieties reported a 14.76 per cent and 11.9 per cent overall mean yield advantage over their parental lines. These varieties have been released for cultivation in the North West Plain Zone (NWPZ) for chickpea cultivation in the country covering Punjab, Haryana, planes of Jammu and Kashmir, parts of Rajasthan and western Uttar Pradesh.

You may also like: Innoterra partners with ICAR to counter Panama Wilt disease in banana crop

The third variety is Fusarium wilt-resistant IPCMB 19-3, which is also called Samriddhi. Developed by transferring Foc2 race resistance genes into the parent variety Pusa 256, this variety showed an overall mean yield advantage of 30.3 per cent over its parent line. IPCMB 19-3 has been released in Central Zone covering Madhya Pradesh, Maharashtra, Gujarat and Bundelkhand region of Uttar Pradesh.

Dr. NP Singh, Director, ICAR-Indian Institute of Pulses Research (IIPR), while emphasising the role of genomics-assisted breeding, said, “Such high-yielding varieties developed through new approaches will enhance chickpea production further in India.” He added, “ICAR institutes in collaboration with ICRISAT are well prepared and marching ahead to embrace latest technologies.”

Calling for the deployment of “fast-forward breeding”, a newly conceived framework that promises faster delivery of varieties to farmers, Dr. Rajeev Varshney, Research Program Director- Accelerated Crop Improvement at ICRISAT, who coordinated the integration of genomics-assisted breeding activities for developing these varieties, said, “Counting three other varieties released in 2019 and 2020, genomics-assisted breeding has delivered six high-yielding chickpea varieties in India during the last three years.”

Dr. Manish Roorkiwal, a Senior Scientist in Molecular Breeding and Genomics at ICRISAT who worked on developing these varieties, informed that the diversity in chickpea germplasm offers plenty of scope for the crop’s improvement as per the changing needs.

The varieties at a glance