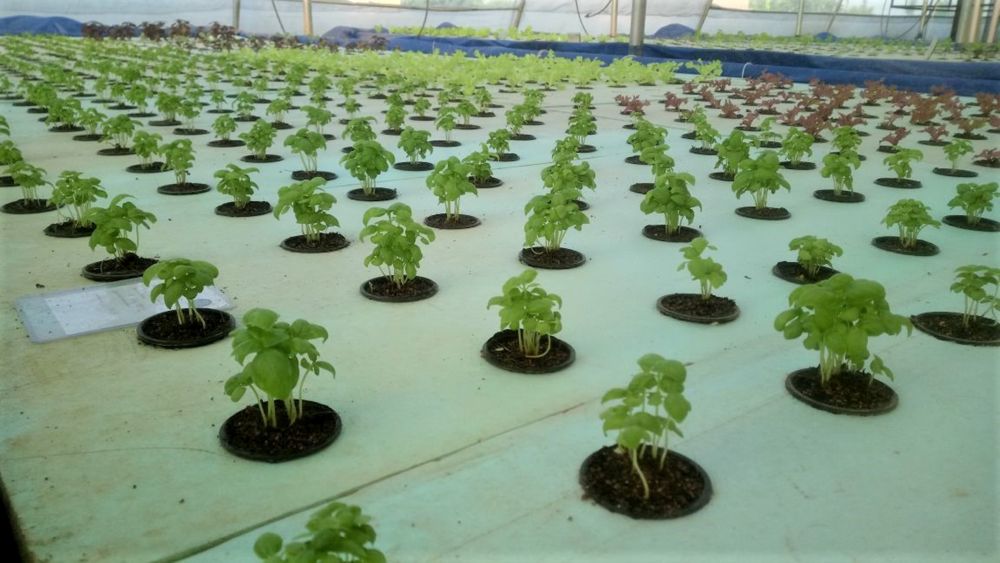 With shrinking land and water resources along with threats of climate change are putting challenges in front of India’s food security. And therefore, it is the need of the hour to think on alternative ways of farming. Anubhav Das writes on the future of such alternative ways...

For a country that is predominantly agrarian – and employing directly and indirectly – over 60 percent of its active working population, the lack of a comprehensive vision and innovation in the sector is unfortunate. Our farm output growth rate is fluctuating between 0.2 – 4.2 percent in the last five years. While in quantities of produce, we may be in the top few producers across the world, but our yields per hectare are amongst the lowest.
Take the example of tomatoes. In 2017, India was the second largest producer of tomatoes in the world after China. China produced 56.8 million tonnes of tomatoes on about 110,000 hectares of land. India produced 18.7 million tonnes on about 10 percent less land. The productivity per hectare is incomparable. And this fact goes across multiple crops.
With large-scale interventions, huge subsidies on fertilisers and inputs and a supportive government policy framework, India’s agricultural output is lacklustre. Given the current performance, there are hard questions that need to be asked – Will farm output keep up with the demands of the growing population? Will our farm produce offer the quality that is essential for healthy living? Will farming ever modernise? And will our farms help protect the planet by saving valuable and scarce resources?
What will it take for India’s farm sector to change? And therein lays the solution. Change is absolutely essential. Status quo will get us nowhere. For a nation that employed a majority of its population and indeed got a large part of its GDP from agriculture at Independence – the focus of development right from the start missed the bullseye. After 70 years, our farm holdings are smaller than before, and 65 percent of our farmlands are dependent on monsoons for crop growth.
Left to vagaries of nature, we cannot seek progress. As social innovators; we wanted to bring out a change. We realised that we needed to provide a different and new approach to the sector. It was not only a question of increasing yields – but also how to remove the farms from the dependence on rainfall. Additionally, we needed to move away from the excessive use of chemical pesticides, insecticides and fertilisers.
The future of farming
We need a game-changer. And we believe aquaponics offers us just that opportunity.
Aquaponics is a method of food production that combines raising fish (aquaculture) with soil-less growing of plants (hydroponics) by creating a symbiotic ecosystem. The water in an aquaponics system is re-circulated on a continuous basis with zero-discharge. The aquaponics cycle therefore reduces the requirement of water for growing crops by over 90 percent as compared to conventional soil-based agriculture. Established in a controlled environment, it is a completely chemical-free mode of farming making it one of the best forms of farming known today. It is possibly the ‘future of farming.’
We believe aquaponics has great potential. Since it is not dependent on land, it can be moved to inhospitable terrains and even urban locations; it’s resource-smart, saving vast quantities of water; and it is chemical-free. Yields are 10-12 times greater and the quality is far better. In one line, aquaponics is a responsible and sustainable farming system.
Internationally, aquaponics has attained some maturity as a farming alternative, especially in the USA and in Australia. Many out-of-the-box solutions are now available and it is comparatively simpler to set up a farm. In India, aquaponics is in a nascent stage as yet. The supply side is very slow in the uptake and most set-up projects require that equipment is custom created. This is a challenge for high speed scale-ups for aquaponics. Additionally, of course is the factor of finance. Initial capital required for a set-up is on the higher side.
Over time, with increasing demands to reduce pressures on land-based farming, aquaponics will be a leader. We expect the ancillary and inputs to improve and become cost effective sooner rather than later.
If these challenges are addressed, then the potential to market the products and the services can thrive. The focus thereafter will shift back to the processes of production. It is at this point that aquaponics can be considered a viable alternative to traditional farming systems.
Aquaponics has the potential to drastically change our production patterns and indeed make us competitive internationally in yields per hectares. With higher productivity, the enhancement of food security would improve across India while reducing the burden on land and limiting the resource wastage prevalent currently. With the ability to grow nearly all crops in aquaponics, it could be the leverage the agriculture sector requires to come into the 21st century.
(The authors is the founder of Red Otter Farms, a modern-day farming company, pioneering in sustainable farming through commercial aquaponics in India. Views expressed in the article are author’s own.)

Anubhav Das is the founder of Red Otter Farms, a modern-day farming company, pioneering in sustainable farming through commercial aquaponics in India.

View all posts by Anubhav Das →