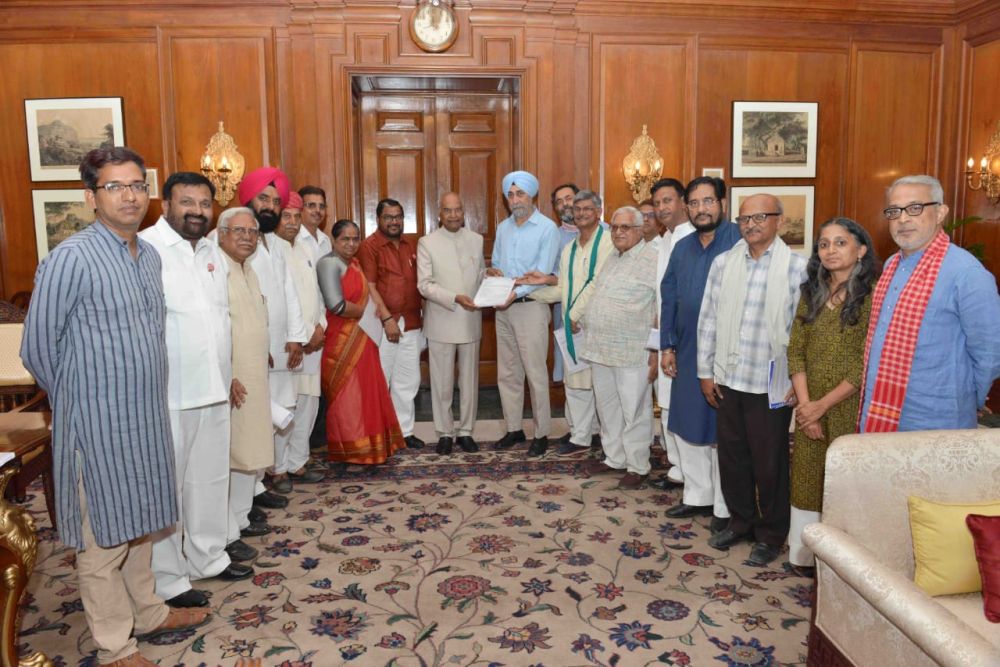 All India Kisan Sangharsh Coordination Committee (AIKSCC) leaders met the President of India on Tuesday, presented to him the two farmers bills prepared by the farmers of the country and requested him to call for a special session of the Parliament to discuss the agrarian crisis and pass these bills. The bills secure legal rights for all farmers, including landless for freedom from indebtedness and for guaranteed remunerative prices. It was explained that if the government can hold a special midnight session for GST, why not for addressing farmers’ crisis? The leaders also informed the President that leaders of 21 political parties had signed their support for the bills.
The President of India was forthright in his support to the cause raised by the AIKSCC and said everyone needs to work hard for this.
While the bills are presented in Parliament by Raju Setti and Nagesh, AIKSCC members will press upon local MPs to lend support.
AIKSCC shall also hold its General Body meeting in Delhi on June 16, the day it was formed last year. It has 193 farmers’ organisations.
In accordance with the rights in the bills, AIKSCC will raise special all India movements to demand lowering of input costs, particularly diesel prices which are breaking the back of farmers and a ban on corporate farming plan which is to further help multinational companies (MNCs) and bind farmers to them.
The delegation which met the President included VM Singh, Raju Shetti, Hannan Mollah, Yogendra Yadav, Atul Anjan, Prem Singh Gehlawat, Pratibha Shinde, Kiran Vissa, Kavita Kuruganthi, Avik Saha, Rampal Jat, Dr. Sunilam, Tejindar Virk, Rashipal Ambawata, and Dr. Ashish Mital.
AIKSCC, on April 25, 2018 in New Delhi, had met representatives of various opposition and some NDA political parties and discussed with them the two bills, “Farmers Freedom from Indebtedness Bill 2018” and “Farmers’ Right to Guaranteed Remunerative Minimum Support Price for Agricultural Commodities Bill 2018” and had finalised both of them.
Mandsaur Shaheed Kisan Smriti Diwas
All India Kisan Sangharsh Coordination Committee has called for marking the first anniversary of the killing of six farmers in Mandsaur in June 2017 as Mandsaur Shaheed Kisan Smriti Diwas. It will hold a torch rally (mashaal juloos) in Bhopal on June 4, 2018, a commemorative meeting in Buda village on June 5, and a day long fast in Takravat village on June 6. All other districts in the country will hold protest programmes on June 6 and demand arrest of the officials who ordered firing.
AIKSCC has condemned the attack and killings by Tamil Nadu police on people protesting pollution by Sterlite/Vedanta factory. It also condemned the inaction of Uttar Pradesh government in addressing the non-payment of sugarcane dues to farmers, which led to the death of a protestor.
AIKSCC clarified that the “village shutdown” or “strike” by farmers, between June 1st and June 10th 2018 in some pockets of the country is not on their call, though it extends its best wishes to protest movements seeking to secure basic rights for farmers. 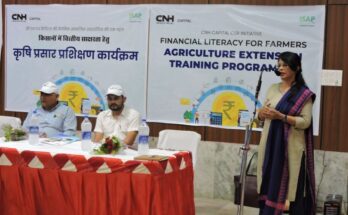