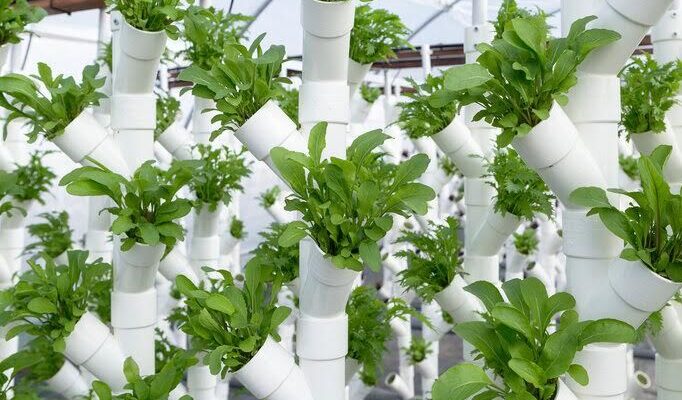 It is essential to reform agrifood systems as arable land and freshwater supplies are extremely limited in many parts of the world. Inefficient farming practices and climate change are posing a challenge

Rome (FAO Feature): By 2050, the global population is estimated to reach nine billion, with urban populations rising and rural ones decreasing. Although there may be enough food produced in absolute terms to support this expanding population, the application of science, technology, and innovation in agriculture and food production varies widely between nations. It is essential to reform agrifood systems as productive arable land and freshwater supplies are extremely limited in many parts of the world. Inefficient farming practices and the effects of climate change are contributing to land and marine degradation. Only through the widespread application of science, technology, and innovation can this be achievable.

Here are just five of the many ways that science, technology, and innovation may increase the resiliency and sustainability of agrifood systems.

Recent developments in the fields of information and communication technologies (ICT), such as mobile technologies, remote sensing, and distributed computing, have benefited the agri-food industry. Small-scale producers can now use mobile phone networks and internet accessibility to access information, inputs, markets, and funding thanks to the closing of the ‘digital divide.’ Poorer communities struggle to keep up with changes in infrastructure, pricing, e-literacy, regulatory frameworks, and access to services, even if these technologies are growing and evolving quickly.

Small-scale producers increasingly rely on mobile phone apps since they have a wide range of management, monitoring, marketing, financial, and decision-supporting capabilities. For instance, a smartphone app is being utilised in Fiji to support the growth of wholesome food and encourage healthy eating.

Artificial intelligence and blockchain are two examples of digital technology that can significantly improve the sustainability of agrifood systems. The Food and Agriculture Organization of the United Nations (FAO) helps ensure that small-scale producers do not miss out on any advancements in this quickly changing field by offering training and ensuring access to the most recent technologies.

Two-thirds of the world’s population is predicted to reside in cities by the year 2050. The land and water resources for plant cultivation, agroforestry, livestock raising, and aquaculture are mostly unexplored in urban and peri-urban areas. Underutilised land in and near cities can be used to green the environment and grow food, decreasing the need for expensively traded and transported items.

Vertical agriculture, which makes use of vacant structures like abandoned buildings or shipping containers, is an extension of urban farming. In this kind of agriculture, crops are grown in a controlled atmosphere by utilising vertical space. It’s automated indoor farming that makes use of hydroponics, a synthetic environment, and LED lights. Although production is year-round and not dependent on the weather, the setup is expensive and uses a lot of electricity. Although this very advanced technology is only suitable for areas with easy access to specialised equipment and startup capital, technological advancements may soon permit widespread use.

In order to promote the transformation of urban areas into Green Cities, FAO is giving decision-makers resources to enhance urban agriculture and make sure that the right technologies are accessible to everyone.

Traditionally, small-scale rural farmers have always found it more challenging to acquire services as they are away from towns and cities.

Some of the issues of distance and expensive or limited access can be alleviated with the growth and use of digital technologies like the internet and mobile phones. The ability to digitally coordinate between producers and buyers, for example, and having access to data sources that can aid in decision-making greatly improve planning and management. Mobile technologies can make access to many services more easier than was previously possible, but they cannot totally replace physical infrastructure.

Numerous animal diseases, some of which also pose a hazard to human health, must be controlled and prevented with the help of vaccines. Immunological responses are triggered by vaccines, aiding in the prevention of disease. In order to prevent a vaccinated animal from contracting a disease and from being put at danger by vaccination with a live bacterium, which could unintentionally start a disease, radiation can be used to inactivate pathogenic bacteria.

Animal vaccinations can be created safely thanks to irradiation technology since it eliminates the need for the chemicals that are often used to render microorganisms such as viruses and other germs inactive.

The Ethiopian National Veterinary Institute (NVI) is receiving supplies and equipment as part of a programme run by the joint FAO/International Atomic Energy Agency (IAEA) Centre of Nuclear Techniques in Food and Agriculture. The programme also supports staff training. The FAO and IAEA provided training to all technical staff members in the NVI’s Research and Development Department. According to Martha Yami, director general of the NVI, “they have all been exposed to cutting edge science, whether through short courses or extended fellowships.”

The Ethiopian economy depends heavily on its annual exports of over a million cattle. Nuclear technologies are necessary to enable such exports. Animal vaccines that have undergone radiation support the cattle business in nations where sickness prevents sustainable production.

The value chain is complicated. They deliver wages, earnings, tax collections, and consumer goods. They also engage a wide variety of people, from consumers to producers.

Their economic, social, and environmental foundations support their sustainability, and any underperforming element can have an effect on sustainability at any one or all of these levels.

The issues that agrifood systems are facing can be solved with the use of science, technology, and innovation. By utilising them, we will be in a better position to produce food in a secure manner for the future.