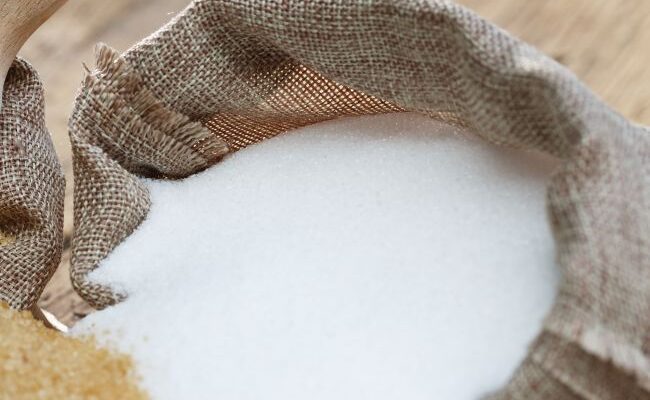 During the year 2022-23, since the target of 12 per cent blending is expected to be achieved, a total of about 545 crore litres of ethanol would be required and supplied, the mills association has projected

During the year 2022-23, since the target of 12 per cent blending is expected to be achieved, a total of about 545 crore litres of ethanol would be required and supplied, the mills association projected.

The Indian sugar industry is focusing towards nation building and striving to achieve the ethanol blending target fixed by the Government of India for 2022-23 season and therefore in the current year, sugar diversion towards the production of ethanol is estimated to be higher by 32 per cent at 45 lakh tonnes against 34 lakh tonnes estimated in the last season.

According to the association, with an opening balance as on October 1, 2022 of around 55 lakh tonnes, estimated sugar production for the season 2022-23 of around 365 lakh tonnes and estimated domestic sales of around 275 lakh tonnes will leave additional sugar at around 90 lakh tonnes, which needs to be exported to maintain the same closing stock.

You may also like to read: FICCI-GFI India to establish smart protein as a key pillar of India’s green economy

The window of timeline for exports in the current year appears to be quite short for Indian sugar as CS Brazil sugar production is expected to bounce back to the normal level of around 36 million tonnes during its 2023-24 SS, which is due to start in April, 2023 and therefore Brazilian sugar will hit global market by May, 2023. Further, most mills have already contracted sugar for export supplies in the current season. So, an early announcement of sugar export policy by the government shall be highly appreciated, ISMA has said.

In July 2022, the Indian Sugar Mills Association (ISMA) had released its preliminary estimates of net sugar production at 355 lakh tonnes for 2022-23 sugar season (SS), based on the first survey of satellite mapping carried out in June 2022. This was estimated after considering a diversion of 45 lakh tonnes of sugar for the production of ethanol using B-heavy molasses, juice and syrup.

The second set of satellite images of sugarcane crop acreage across the country has been procured in the 1st week of October 2022. Based on the satellite images procured, the total acreage under sugarcane in the country is estimated to be around 59 lakh hectares in 2022-23 SS, which is about 6 per cent higher than 2021-22 sugar season’s cane area of around 56 lakh hectare.

You may also like to read: Singapore’s Agri-Food Tech Expo Asia to showcase tech solutions for food security

The increase in acreage and the expected increase in sugarcane production was discussed in the meeting of ISMA on 17th October, 2022, wherein representatives from sugar-producing states from across the country were present. The images of the cane area, field reports regarding expected yield, sugar recovery, drawal percentage, the impact of previous and current year’s rainfall, water availability in reservoirs, rainfall during SW monsoon 2022 and other related aspects were discussed in detail during the meeting and accordingly 1st advance estimates for 2022-23 SS is released. This is without considering the reduction of sugar because of the diversion of B-heavy molasses and sugarcane juice and syrup into the production of ethanol.

The sugarcane crushing for the season 2022-23 has started in the southern region and is expected to start soon in other regions also. Therefore, a better picture would emerge after a few months when the actual trend of yields and sugar recoveries would become available. As has been the practice, ISMA will again review the sugarcane and sugar production estimates in January 2023, when the trends of the above are available, the association said.