In this paper, Dr. Sanat Mishra attempts to entail an Agro-Enterprise Management (AEM) approach especially espoused for the cause of small and marginal farmers of the country

Agriculture continues to be the pivot of the Indian economy, primarily because of two reasons; one, 58 per cent of the total populace is engaged in this sector and two, it provides much-need food and nutritional security to the nation at large. In the year 2021, the agriculture GVA is estimated to be 18.8 per cent of the national GVA and the sector remained resolute by recording 3.6 per cent growth even during the period of Covid-19 pandemic. The macro picture of agriculture growth in the country is highly encouraging in terms of quantum of production in paddy, wheat, fruits, vegetables, milk, poultry meat, egg, fish and others. We stand among top ten nations in the world in producing many agri-commodities. This gives policymakers, agricultural scientists and extension functionaries scope for celebration and satisfaction. However, on occasions, the farming community does frown and complain.

More importantly, the disparity in farmers’ income across regions and holding size needs to be pondered upon. Further, the average per capita income of farmers is just one-fifth of the national average. Principally, this might be the reason why our Prime Minister had made a clarion call in 2016 to double the farmers’ income by 2022. Since then many attempts have been made to usher in technological innovations to trigger income growth. Recent NITI Aayog’s report also corroborates the fact that farmers’ income had actually improved, but more can be achieved.

You may also like to read: ‘Harnessing new markets, technologies, quality together to make agri products globally competitive’

The group management is the ‘foundation step’ upon which the whole concept of AEM has been built and tried with success. The opportunity for smallholders to raise their incomes increasingly depends on their ability to compete in the market. One of the ways suggested to overcome the barrier caused by small scale is pooling or coming together of farmers as groups. The farmer group as one of the means for developmental intervention has been championed by many to ensure higher bargaining capacity, both in input and output marketing. These farmer groups are grounded on the principle of collective action among potential beneficiaries having a commonality of interest. The interest could be input procurement, credit access, undertaking production collectively, technology management, linkage with market players, value addition and so on. Collective action among farmers occurs when individuals voluntarily cooperate as a group and coordinate their behaviour in solving a common problem. Therefore, the group structure and function need to be defined properly before the onset of AEM.

The resource management is a set of activities that would be undertaken to determine and procure the inputs to be used. In the erstwhile system, the small and marginal farmers incur higher costs while procuring the agri-inputs, as they lack bargaining capacity. Instead, it would be appropriate if affinity-based or activity-based Farmers Interest Groups (FIGs) are evolved, who would take the initiatives on behalf of the member farmers to purchase the agri-inputs at a lesser cost, because of higher ‘economies of scale’ garnered by the group in comparison to the individual farmer. Further, the quality of the agri-inputs can be ensured when procured from licensed dealers rather than unqualified vendors operating at a local level. Other production resources like water, energy, farm machinery and so on can be effectively pooled and managed collectively. Similarly, there are much empirical evidences of credit and financial resources being accessed and managed efficiently by group endeavours. As a group, the credit worthiness of the small and marginal farmers is also enhanced.

The production management component of AEM involves the activities relating to the selection of appropriate technologies, its package of practice and the adoption of timely operations; that are key determinants of successful production. Of late, it has been realised that there are certain field operations which can be effectively managed when carried out collectively. The production per se can be carried out individually but access to technologies, capacity-building programmes, and certain community production operations like pest management, nutrient management, water management, product certification (if any) and so on, will be undertaken collectively by the farmer groups to minimise the cost and maximise utility efficiency. Furthermore, as a group, the small and marginal farmers do enhance their ‘uptake’ capacity to adopt and pursue new technologies and enterprises that otherwise they are not able to follow as individual farmers.

You may also like to read: Getting Agricultural Markets Right

The network management component of AEM comprises of activities that are important from farmers’ perspectives. An enterprising farmer needs to establish organic linkage with a whole range of stakeholders viz. input agencies including credit, extension functionaries, research institutions, farmers’ organisations, market players and other chain actors. Social scientists strongly recommend that farmer groups need to establish four kinds of relationships viz. intra-group, inter-group, extra-group and supra-group relationships with different chain actors in the agri-value chains so as to reap dividends that would accrue higher income. Thus, an effective relationship would be ushered in through bonding (intra-group), bridging (inter-group), linking (extra-group) and influencing (supra-group) actions and that helps amplify and multiply their AEM endeavours.

The marketing management is a very critical component within the AEM. It is pertinent to mention that present-day agriculture needs to be demand-driven. Essentially, it means the farmers’ production system has to take cognizance of consumers’ preferences. Many times, it is observed that the farmers manage all other components of AEM very efficiently, but falter in the market front. Due to small quantum and disaggregated production, lack of market information, poor infrastructure, poor bargaining capacity and high transaction cost bedevil their income. Nonetheless, market liberalisation has opened new vistas of opportunity for smallholder producers hitherto growing diverse products and supplying small surpluses to markets. The removal of trade barriers has opened some flexibility for farmers to choose buyers for their products and suppliers of key inputs. Of late, with the advent of Information and Communication Technology (ICT) has come in handy for the farmers to get better input and output market access. Different market-led initiatives viz. value addition, product differentiation, contract farming, collective marketing by groups, leveraging transport and infrastructure, brand promotion, and others would harvest higher gains for the farmers.

Empirical evidences have also shown that the adoption of AEM with a focus on ‘collectives and connectives’ can effectively act as an ‘engine of growth’ for farmers’ income. The bottom line of such interventions is to usher in a paradigm shift from production-smart farming to market-smart farmers with comprehensive attention to evolving farmer groups (supporting existing Farmer Interest Groups, SHGs, farmer clubs, and others) in resources/ agri-inputs pooling, technology management, collective production functions, organic linkage with chain actors and post-harvest management. Thus, AEM strategies can be pursued as a policy direction under different states’ agriculture policies.

(Dr. Sanat Mishra is a senior scientist at the Directorate of Planning, Monitoring & Evaluation, Odisha University of Agriculture and Technology, Bhubaneswar, Odisha. The article is based on research conducted by Dr. Mishra. Views expressed in the article are the author’s own.) 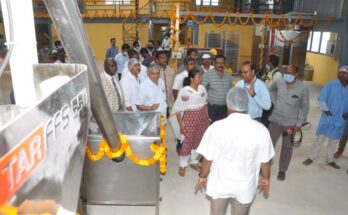 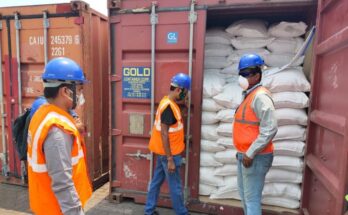 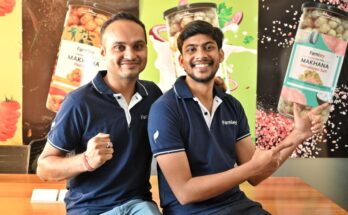 Sanat Mishra is a senior scientist at the Directorate of Planning, Monitoring & Evaluation, Odisha University of Agriculture and Technology, Bhubaneswar, Odisha. Updated on 29.07.2022.

View all posts by Sanat Mishra →