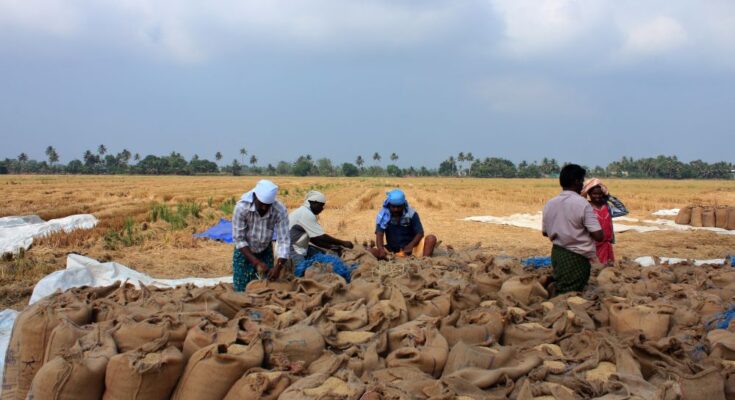 In the Union Budget 2019-20, the Government had announced formation of 10,000 new farmer producer organisations to ensure economies of scale for farmers over the next five years

In the Union Budget 2019-20, the Government of India had announced formation of 10,000 new farmer producer organisations (FPOs) to ensure economies of scale for farmers over the next five years.

Implementing agencies has also identified the block wise clusters. FPOs will be developed by specialist Cluster Based Business Organizations (CBBOs) engaged by implementing agencies. NAFED had already empanelled the CBBOs and other IAs are in the process of empanelment of CBBOs.

National Agricultural Cooperative Marketing Federation of India (NAFED) has been appointed as the 4th National Implementing Agency other than SFAC, NABARD and NCDC for the creation of 10,000 FPOs by the Department of Agriculture, Cooperation & Farmers’ Welfare (DAC&FW). NAFED has recently taken over the national level Federation of Indian FPOs and Aggregators (FIFA) with the aim of creating sustainable small holder institutions to enhance collective capacities, shortening of agri produce value chains for equitable returns to all stakeholders and leveraging technology for enhanced transparency, scale and seamless agri produce trading. Creation of Honey FPOs is one of the thrust areas of FIFA’s business plan.

NAFED, through its empanelled Cluster Based Business Organisation (CBBO) Indian Society of Agribusiness Professionals (ISAP) has initiated the formation and promotion of FPOs of beekeepers and honey collectors in five states of India. The areas covered under the programme are Sundarbans in West Bengal, East Champaran in Bihar, Mathura in Uttar Pradesh, Morena in Madhya Pradesh and Bharatpur in Rajasthan. The first Honey FPO, Chambal FED Shahad Utpadak Sahakari Samiti, in the state of Madhya Pradesh under National Beekeeping & Honey Mission was registered on November 11, 2020 under the Cooperatives Act.

The FPO will cover five blocks consisting of about 68 villages in Morena district. The other four FPOs in the state of Bihar, Rajasthan, Uttar Pradesh and West Bengal shall cover 340 villages in these states. Through these 5 FPOs, 4,000 to 5,000 beekeepers and honey collectors would be benefitted directly.

The Honey FPOs made by ISAP under the aegis of National Bee Board (NBB) and NAFED will help its members in not only upgrading their skills in scientific beekeeping but will also help in making its members set up state of the art infrastructural facilities for processing honey and allied beekeeping products like bee’s wax, propolis, royal jelly, bee venom, among other related products, quality control laboratories, collection, storage, bottling and marketing centres.

These FPOs will benefit by the schemes of Mini Mission – 1 and Mini Mission – 2 of National Beekeeping and Honey Mission (NBHM) of National Bee Board. The beekeepers and honey collectors of all the five states would be helped in branding and collective marketing of their honey and other allied products of beekeeping through the marketing channels of NAFED. Efforts will also be made to explore the overseas market for improving the returns to the beekeepers and honey collectors.

One Comment on “All you need to know about Formation & Promotion of 10,000 FPOs scheme”