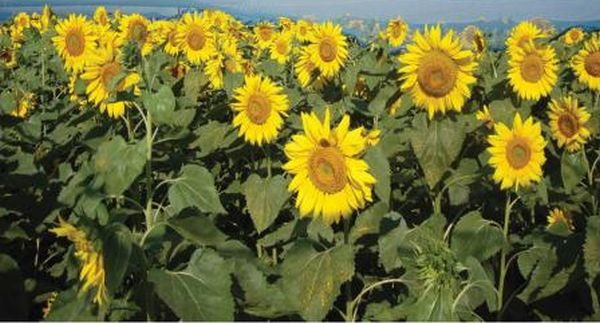 After studying suggestions from the states and experts, Ministry of Agriculture and Farmers Welfare, Government of India would prepare a detailed action plan for the promotion of sunflower cultivation

The Ministry of Agriculture and Farmers Welfare, Government of India is focusing on promoting the area and production of sunflower in the country. In this regard, the Union Minister for Agriculture and Farmers Welfare, Narendra Singh Tomar held detailed discussions with the state governments and concerned experts in a meeting. Tomar said that the way pulses-oilseeds and National Oil Palm Mission have been started in the country, sunflower will also be promoted in a planned manner. After studying the suggestions of the states and experts, a detailed action plan would be prepared in this regard. He announced that a sub-committee consisting of all the major state governments and stakeholders like industry and seed unions would be created. For this, the agriculture commissioner and other concerned officials would work out the roadmap. Urging the states to increase the production of sunflower, he also assured the support to the state governments for seeds, and micro-irrigation assistance to industries.

Under the chairmanship of Union Agriculture Minister Tomar, senior officials of Uttar Pradesh, Karnataka, Andhra Pradesh, Maharashtra, Haryana, Punjab, Tamil Nadu and other states participated in this high-level meeting held at Krishi Bhawan, New Delhi on Thursday. The agriculture minister also interacted with various important stakeholders of the oilseeds sector like the National Dairy Development Board, National Seeds Association of India, Federation of Seed Industry of India and private sector entrepreneurs. Sunflower is one of the important oilseed crops which is grown mainly in Karnataka, Maharashtra, Andhra Pradesh, Punjab and Haryana. The scope of sunflower area in other states like Bihar, Uttar Pradesh, West Bengal, Odisha and Chhattisgarh is also being explored.

In the meeting, showing interest in sunflower area expansion with the support of micro-irrigation UP government said that the success model of mustard needed to be replicated for sunflower. Karnataka is set to continue the area expansion programme in marginal lands, especially in the Rabi season, with assured irrigation facilities to enhance the income of farmers. The Government of Karnataka also advocated the cultivation of soybean with intercropping of major crops like tur and maize in the western ghats region of the state and showed interest in expanding the sunflower area on the pattern of the Bajra programme. Andhra Pradesh has shown interest in sunflower cultivation through the expansion of TRFA land in the paddy area, especially where borewells are installed. At the same time, Punjab is ready for area expansion by diversion of paddy area. Haryana has planned to expand the area in potato fallow area of about 30,000 acres. Important stakeholders of the oilseeds sector have requested separate mini-mission, seed availability, disease-pest control, market support and insurance support for sunflower.

You may also like to read: Mustard seed production estimated to rise 29% 2021-22