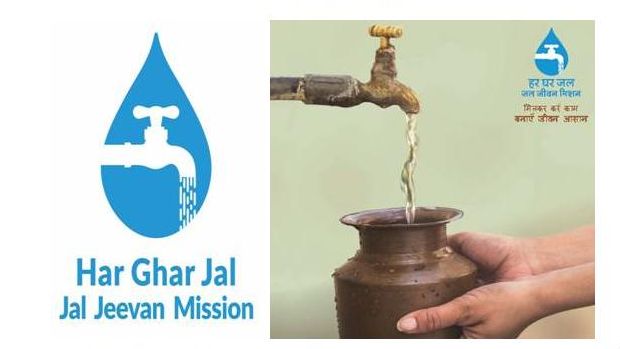 New Delhi: Indian Prime Minister Narendra Modi reached out to all sarpanches and gram pradhans of the country through a letter dated September 29, 2020 for more effective implementation of …

New Delhi: Indian Prime Minister Narendra Modi reached out to all sarpanches and gram pradhans of the country through a letter dated September 29, 2020 for more effective implementation of the Jal Jeevan Mission (JJM). The goal of the Mission – Har Ghar Jal can be fully realised with the help of all sarpanches, pradhans and village community leaders as they play a pivotal role in its implementation. Prime Minister mentioned how the contribution made by people for this missions’ success is creating history. Through this mission, the issue of water supply will not only be addressed, but will also help in tackling water-borne diseases like cholera, dysentery, diarrhea, encephalitis, typhoid among others. Also, when the livestock is provided with safe and clean water, it not only improves their health but plays a critical role in improving their productivity, thus enhancing income of families. Prime Minister appealed to people and gram panchayats to make Jal Jeevan Mission a people’s movement.

Emphasizing on the importance of safe and adequate drinking water as an absolute necessity, Prime Minister said how JJM has emerged as a one of its kind programme in which planning, implementation, operation and maintenance role has been vested with the village communities to ensure drinking water to every home.

In his letter, Prime Minister Modi highlighted how the scarcity of water adversely affects women and children. It is urged that women take lead in water management as this can be done in a best way by the womenfolk, as Centre and state governments can play the role of a facilitator, while women are at the helm of the drinking water supply programme at village level. Jal Jeevan Mission is also a means to generate employment in rural areas. This Mission has been given priority under the ‘Garib Kalyan Rojgar Yojana‘ meant for the migrant workers who have returned home due to the Coronavirus pandemic.

Prime Minister has appealed to the sarpanches and gram pradhans to continue their efforts towards providing tap water connection to every household in the villages, especially poor and marginalised people under this life changing Mission. Suggestions from the sarpanches and pradhans, both for himself and the Government have also been sought. Modi has hoped that all possible steps will be taken by the sarpanches in the villages to keep every member in the gram panchayats safe from Coronavirus by maintaining the physical distance of six feet and compulsory use of masks.

Prime Minister Narendra Modi also released the ‘Margdarshika’ for providing assured water supply to every household in the villages by gram panchayats, village water and sanitation committees and paani samitis under ‘Jal Jeevan Mission’. The ‘Logo’ of the Jal Jeevan Mission was also unveiled. Jal Jeevan Mission is under implementation in partnership with states with the aim to provide drinking water to every rural household of the country by 2024.