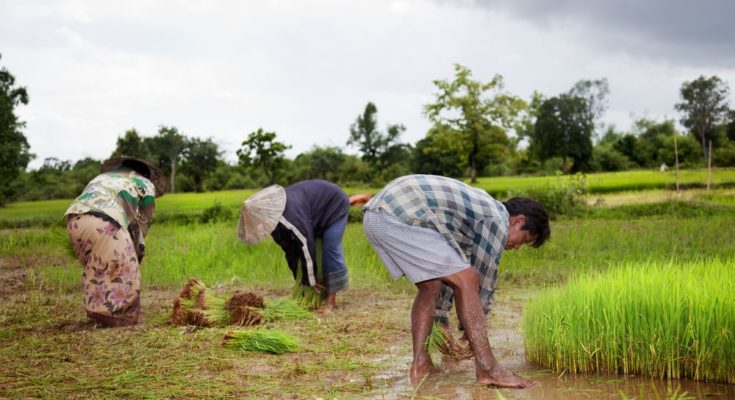 The pension scheme is expected to secure the lives of five crore small and marginal farmers by providing a minimum pension of Rs 3,000 per month, to those who attain 60 years of age

On the eve of Legislative Assembly elections in the state of Jharkhand, Prime Minister Narendra Modi launched the Pradhan Mantri Kisan Maan Dhan Yojana at Ranchi, the capital of the state, Thursday.

As per the Centre, the scheme is expected to secure the lives of five crore small and marginal farmers by providing a minimum pension of Rs 3,000 per month, to those who attain 60 years of age.

Besides Jharkhand, Haryana and Maharashtra are also going to legislative assembly polls this year.

Prime Minister also launched the National Pension Scheme for the traders and self-employed. The scheme aims at providing a minimum assured pension of Rs 3,000 to small traders and self – employed after attaining the age of 60 years. According to the government, around three crore small traders would be benefitted from the scheme.

Prime Minister Narendra Modi reiterated “Development is our priority as well as commitment. Our government is trying to provide a shield of social security to every Indian.”

“Government is becoming the companion of those who need it the most. Since March this year, a similar pension scheme is going on for crores of unorganised sector workers of the country,” the PM said.

One Comment on “PM launches pension scheme for farmers”