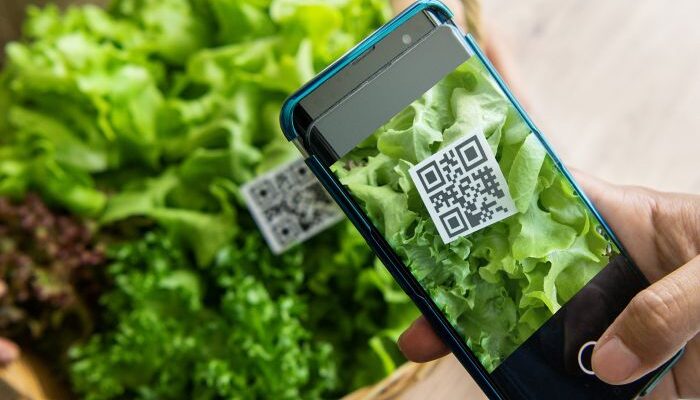 Agriculture has shown tremendous resilience during the Covid-19 crisis, needs further impetus as a minimum annual growth of 4% is necessary to sustain the momentum and make a significant dent on poverty

Expectations of agriculture sector are high this time. Union Budget 2022-23, to be tabled by Union Finance Minister Nirmala Sitharaman, is expected to meet the expectations that would transform the sector which has been supporting enormously mitigating the cascading effects of Covid-19 on human lives and livelihoods. Agriculture has shown tremendous resilience during the Covid-19 crisis, needs further impetus as a minimum annual growth of 4 per cent is necessary to sustain the momentum and make a significant dent on poverty.

Stakeholders including farmers and companies are keeping their fingers crossed and expecting rational reforms. Along with high allocation to the sector, it is widely expected that the government would further facilitate credit facilities and private investments.

Experts expect that Union Budget 2022-23 would announce measures to create a good foundation for accelerated agricultural growth and make farmers more productive, competitive and profitable. Agriculture and allied sectors contribute significantly to India’s growth story. The government is expected to adopt a collective approach to enhance the income of farmers.

You may also like to read; Union Budget 2022-23: 9 Steps that can bring in decisive transformation and win back India’s farmers

“The pandemic emerged as an added challenge to the doubling of farmers’ income. I expect the government to bolster this objective via better credit availability, robust storage and logistics infrastructure and strengthening backward linkages. However, farm income is also intertwined with the deepening impact of climate change. Recognising India’s vulnerability on this front, the government can add to its efforts for finding long-term sustainable solutions. Incentivising private investments in agri-food life sciences is certainly a step in that direction,” said Subhadeep Sanyal, Partner, Omnivore.

“For doubling milk production and processing capabilities, I feel that it can be achieved not merely by subsidies on collection and infrastructure development, but by substantially decreasing the input cost – mainly fodder. Dry matter yields from forage are only 7-7.5 tonnes per acre in New Zealand, whereas our farmers can harvest 30-35 tonnes of the same from Co-5, a bajra-napier hybrid grass that we grow and use at Sid’s Farm. More awareness building and direct handholding of the 150 million dairy farmers in India can be done through setting up of special purpose vehicles (SPVs) in a public-private-partnership mode,” added Dr Kishore Indukuri, Founder & MD, Sid’s Farm.

The emerging agritech ecosystem also requires a focus on infrastructure development and governance frameworks to spur more innovation in the sector. Fiscal considerations can be beneficial to facilitate the growth of the Indian agritech sector in 2022.

You may also like to read; Budget 2022: Govt has to proactively encourage ideas for agricultural development

“2021 was a good year for the agritech sector, which flourished with strong investments and greater adoption of technologies in the market. To support this growth momentum, acute focus on the development of the burgeoning agritech ecosystem is pivotal. We hope that the upcoming budget will prioritise R&D incentivisation in agriculture, along with the supportive impetus to allow agritech businesses, particularly start-ups, to scale domestically at a greater pace, said Taranjeet Singh Bhamra, CEO & Founder, AgNext Technologies.

Over the years, the government has introduced several schemes for the sector. These include crop insurance as well. In allied sectors, the PM Matsya Sampada Yojana (PMMSY) has shown some great results since its implementation. To accelerate the Blue Revolution 2.0, the government is expected to promote digital solutions across the value chain right from pre-production to post-harvest to bring predictability, efficiency, and traceability.

According to Rajamanohar Somasundaram, Founder & CEO, Aquaconnect, the government needs to incentivise farmers with better subsidies to adopt data-driven farming, farm monitoring and automation tools that will eventually ease and accelerate the wider tech adoption and drive the transition of farmers towards modern farming systems with improved productivity.

“To achieve the PMMSY targets, the need of the hour is to drive the inclusion of formal finance and insurance in aquaculture. High insurance premiums demotivate the farmers from availing any risk mitigation for their crops, hence subsidising insurance premiums will help fish and shrimp farmers to mitigate production risks and reduce production costs to a great extent. Further, increasing the fisheries KCC (Kisan Credit Card) limit from the current range will help fish farmers meet their farming expenses entirely,” added Somasundraram.

You may also like to read: Govt to provide financial support for use of drones in agriculture under ‘Sub-Mission on Agriculture Mechanization’

The agritech industry will require support from the government in terms of tax benefits to boost the progress the sector is making and make agriculture a robust, tech-led sector. Some additional focus areas could be the allocation of funds for increased digitalisation in the agricultural ecosystem, the promotion of collaboration between district governance and agritech start-ups in order to bring innovative solutions to the farmers’ market, providing subsidies or cutbacks on taxes to farmers who opt for agritech products. Easy access to capital, tax relaxation, and interest subvention to encourage FPO setups will allow the agritech industry to grow quickly and will help FPOs to gain traction in this new era.

Amit Sinha, Co-Founder, Unnati said, “The agriculture sector has seen significant progress over the years, primarily owing to technological advancements, although this can be improved further. In the upcoming 2022-2023 Union Budget, we expect the government to keep farmers’ upliftment, alongside rural growth and development as their topmost priority. An increase in investments of rural infrastructure, MSME development, digitisation of the agri-ecosystem, and farmer productivity prioritisation of agritech to fund early-stage start-ups that are disrupting the agricultural economy also need to be focused on.

The sector also demands a separate fund to be earmarked for research and development (R&D) in the field of remote sensing, unmanned aerial vehicle (UAV) for crop yield estimation and crop claim management. State technical units to be earmarked funds for the purpose, recommends Navneet Ravikar, Chairman & Managing Director, Leads Connect. His other suggestions include a subsidy of 50 per cent or INR 10 lakh whichever is less for buying drones and their accessories to be used for agri research to both research units and private sector agritech companies.

Crop insurance remains a major pain-point for the farmers. According to Ravikar, agri crop insurance needs to adopt a health insurance model with third-party claim administrators and a committee should be formed to come out with a draft regulation on this. Allowing 100 per cent foreign direct investment (FDI) in this segment would also push the growth of the sector. The sector’s wishlist also includes subsidising crop insurance premiums by the Centre and state governments.

Given the current socio-economic and political scenario, the government needs to prefer to make the farming community happy through budgetary provisions. It is widely expected that the players of the sector – agri companies, startups, and even big companies- will be entrusted with more responsibilities combined with promotional and rational reforms in the upcoming budget.