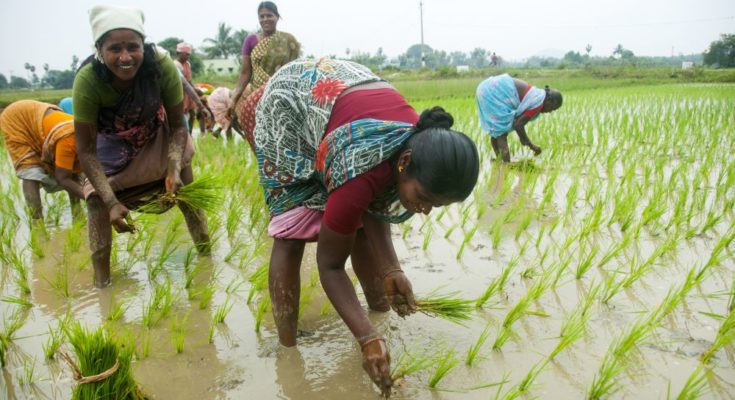 FPOs will benefit small, marginal and smallholder farmers by giving access to technological inputs, finance, and better markets and prices for their crops

A new dimension is going to be added to farmers’ groups with the creation of 10,000 new farmer producer organisations (FPOs). The 86 percent farmers in India are small and marginal farmers, who will strengthen the rural economy through these FPOs, which will not only help in agricultural progress, but also create new avenues for the development of the country. Union Agriculture & Farmers’ Welfare Minister, Narendra Singh Tomar today said while addressing a meeting of Laghu Udyog Bharati and Sahakar Bharati through video conference.

“In the beginning, the minimum number of members in the FPOs would be 300 in the plains and 100 in the north-east and hilly areas. The FPOs which are being formed for the benefit of small, marginal and landless farmers, will be managed in such a way that these farmers get access to technological inputs, finances, and better markets and prices for their crops, so as to fulfil the target of doubling farmers’ incomes by the year 2022. The FPOs will help reduce the cost of production and marketing, and also help improve production in the agricultural and horticultural sectors. This will also help to increase employment opportunities,” Tomar further said.

In the Union Budget 2020-21, there is a proposal to adopt cluster approach for horticultural produce through “One District One Product” scheme so as to give a fillip to value addition, marketing and exports. This is a central scheme with a total allocation of Rs. 6,865 crore. All FPOs will be provided professional support and handholding for 5 years. Fifteen percent of the FPOs are to be constituted in aspirational districts, and will be formed on priority basis in scheduled tribal areas. This is a produce cluster based scheme. The FPOs will also boost organic and natural farming, the minister added.

The scheme will be implemented through agencies like National Bank for Agriculture and Rural Development (NABARD), Small Farmers’ Agribusiness Consortium (SFAC) and National Cooperative Development Corporation (NCDC). They will be provided facility of equity grant up to Rs. 15 lakh on matching equity basis for financial stability. There will be credit guarantee fund with NABARD and NCDC, under which suitable credit guarantee up to Rs.2 crore per FPO will be provided. Understanding the importance of capacity building, training and skill development of the stakeholders, there is a provision to provide training in organisational management, resource planning, marketing and processing through national and regional level institutions, Tomar further elaborated.

Ministers of State for Agriculture & Farmers’ Welfare, Parshottam Rupala and Kailash Choudhary, along with Union Minister of State for Water Resources Arjun Ram Meghwal were also present in the meeting.

A number of suggestions were received from the representatives of the participating organisations and discussion on various issues was held.