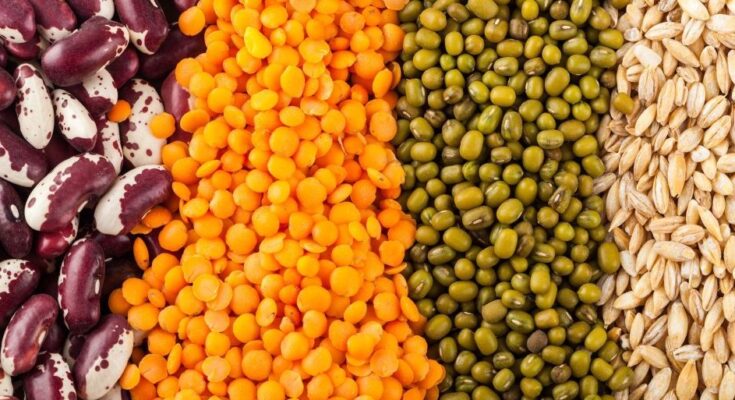 The webinar had a focused discussion on key aspects like sowing, weather impact, expected production, demand and supply as well as price outlook for Kharif pulses such as Urad, Moong and Tur

India Pulses and Grains Association (IPGA), an association for pulses trade and industry, recently hosted The IPGA Knowledge Series webinar on Kharif Crop Outlook with over 900 participants from across 30 countries. The webinar had a focused discussion on key aspects like sowing, weather impact, expected production, demand and supply as well as price outlook for Kharif pulses such as Urad, Moong and Tur.

Addressing the webinar, Pravin Dongre, Founder Director, IPGA said, “Since the Kharif pulses harvest has just started and the crop has started arriving in the mandis slowly but steadily across the country, we felt this was the perfect time to host the Kharif Crop Outlook webinar.”

Bimal Kothari, Vice Chairman, IPGA said, “Our esteemed panelists, domain experts in their respective fields, presented an in-depth analysis on Kharif Pulses including sowing, production, supply and demand and expected price outlook. We also had insights on whether the weather has helped or affected the crops and if there are any other weather vagaries expected in the coming months.”

Speaking about the Kharif pulses for 2020-21, Dr. SK Malhotra, Agriculture Commissioner, Ministry of Agriculture & Farmers Welfare, Government of India said, “Pulses sowing for the 2020-12, Kharif pulses has reached 138.62 lakh hectare, an increase of 6.20 lakh hectare over last year. The condition of the Kharif crop is excellent in most areas barring a very few where there has been some excessive rain and as per our 1st Advance Estimates, the Kharif pulses production for 2020-21 should reach 9.20 million tonnes vis-à-vis 7.72 million tonnes. The prospects for the Rabi season also look excellent given that reservoirs in India are at 85 percent of their capacity so there will be no shortage of water for farmers during Rabi sowing. The Ministry of Agriculture is extremely confident of the 2020-21 pulses production breaking the 2017-18 record.”

Speaking specifically about the Urad scenario, Dr. Malhotra, said, “Last year, we produced 13 lakh tonnes of Urad, but this year, our first estimates say that we are going to achieve a production of 21.5 lakh tonnes within the Kharif season alone. This is because even if in some places the crops have been damaged, alternatively, there has been an increase in the sowing area as well. Since the Urad crop is still in the field, the Government is closely monitoring the Urad situation to decide on the decision to be taken with respect to allowing imports. But the feedback which I have received from the states over production levels, it is good, productivity levels are more this year.”

Speaking on the expected pulses production, Dr. Makarand Kulkarni, Chief – Product Planning & Quality, Skymet Weather Services said, “Despite crop damage witnessed in major producing states, higher acreage will help Moong production reach about 1.50 million tonnes. Similarly, excessive rains have damaged Urad crops as well but higher sowing is expected to result in around 2.09 million tonnes. With respect to Tur, crop condition is mostly good so far and in vegetative to branching stage in the states of Maharashtra, Gujarat, Telangana and Jharkhand. However, in Madhya Pradesh, Karnataka and Uttar Pradesh severe damage to the Tur crop has been noticed due to water logging and the crop is reeling under threat of rot, wilt and pest attack due to excess soil moisture.”

Dr. Kulkarni, speaking about the weather conditions said, “From September 2020 to February 2021, normal rainfall is expected during North-east Monsoon this year so far. However, La Nina ‘Watch’ is still ‘on’, which could lead frequent weather systems resulting into extended winters and weather vagaries. Period of December to February could witness events like extended winters, severe dip in temperature and frost.”

Speaking on the weather conditions and their effect, Nirav Desai, Managing Partner, GGN Research said, “We had 18 percent surplus and timely rainfall in June and a 9.9 percent deficit in July, due to which we started facing some moisture stress, but then with 26.6 percent surplus, rains improved in early August, benefitting the crops initially. But excessive rains in August and early September led to flooding in a lot of areas thereby damaging damaged pulses crops.”

Shedding light on the expected production of Kharif pulses, Desai, said, “We expect the Moong kharif production to be the same as last year’s while Urad will be same or lower than 2019-20 production. As of now, Tur crop prospects seems to be good, but in next 3-4 months crops will go through important yield determining phases like flowering, pod filling and maturing.”

Highlighting the Tur prospects, Nitin Kalantri, Chief Executive Officer, Kalantry Food Products said, “With around 1.50 lakh tonnes of carryover stock from last year with the trade, there is some shortage but NAFED (National Agricultural Cooperative Marketing Federation) is holding around 800,000 tonnes which once released will release the pressure heading into the festive season as well as keep the prices stable. The new Tur crop is expected to arrive in the markets around November 15, and with an expected production of around 4 million tonnes plus the carryover stocks and the stocks held by NAFED, we are in a comfortable position to meet the domestic demand at stable prices.

Shedding light on the situation of Urad, B Krishnamurthy, Managing Director, Four-P International said, “Despite a 40,000 hectare increase in sowing, but the excessive rains in August have damaged standing Urad crops across many states such as Maharashtra, Gujarat, Madhya Pradesh, and Karnataka leading to flooding and crop infestations which will pull down the yield. According to unconfirmed and tentative trade estimates the final production will probably around the same as 2019-20 i.e. around 1.30 to 1.40 million tonnes. If the arrival in the mandis of different states happens as expected, from September 10 to October 15, in good quantities, then prices will be soft.”

Highlighting the situation for Moong, Anish Goyal, Director, AgroPure Capital Foods said, “The sowing of Kharif has increased by a 5 lakh hectare as compared to last year which was due to a variety of reasons including increased MSP, excellent monsoon, good prices in the market, among others. However, due to excessive rains in late-August and early September, there have been disease infestations in Maharashtra, Madhya Pradesh and Karnataka and this could impact the final yield. I expect the production which should be in the 1.8 to 2.5 million tonnes, but we do not expect any major price fluctuations in the near future as the moong market scenario will be stable as availability will be good. There will not be any shortage throughout the year, or at least, the next 8-9 months, there should be stability in the market, and I think prices should remain as they are.”