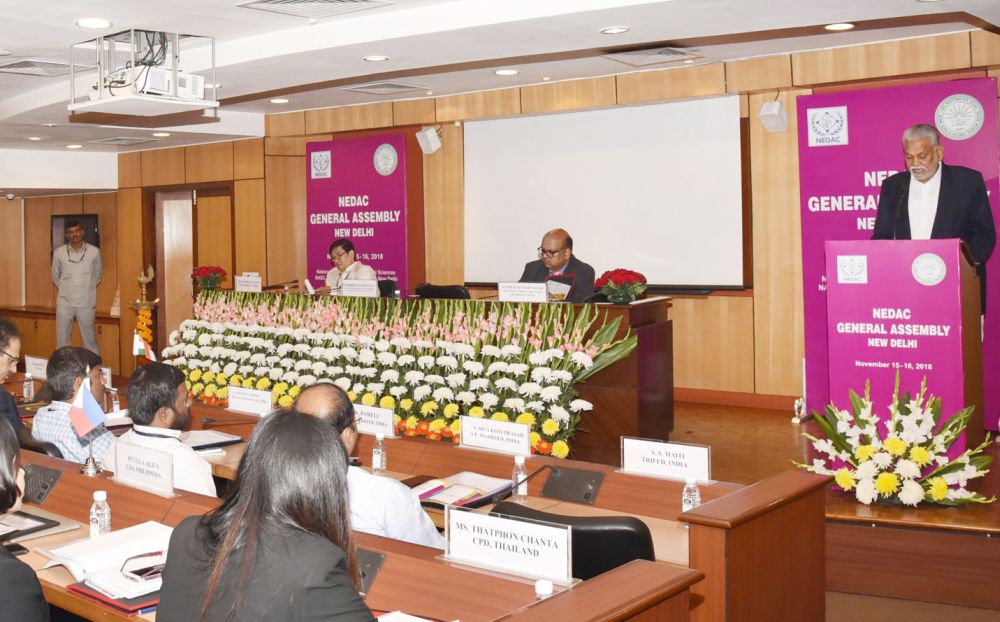 Network for Development of Agricultural Cooperatives in Asia and the Pacific (NEDAC) is a unique organisation encompassing mix of government and non government organisations, created by Food and Agriculture Organization of the United Nations (FAO) for synergising policies and programmes of government and cooperative institutions at country level, Union Minister of State for Agriculture Parshottam K Rupala said while addressing the inaugural session of the general assembly of NEDAC in New Delhi Thursday.
Welcoming the NEDAC delegates on behalf of India, Sundeep Kumar Nayak, Managing Director National Cooperative Development Corporation (NCDC) said that besides GA agenda, parallel thematic sessions are going to be held on ‘Cooperatives to Cooperative Trade’ and ‘Capacity Development partnerships in NEDAC’. The ultimate aim would be to bring about an increase in farmers’ income and raise their economic standard by bringing cooperative trade in the mainstream and enhance cooperative professionalism.
The general assembly of 22 prominent cooperative organisations from eight countries unanimously decided to focus on C2C and capacity development to meet challenges of climate change as transformative cooperatives.
Orlado R. Ravanera, Chairman, Cooperative Development Authority, Philippines and Co-Chairman NEDAC hoped that the cooperatives of Asia and the Pacific come together to face the challenges of climate change.
NEDAC was set up in 1991 by FAO, the International Cooperative Alliance (ICA) and the International Labour Organisation (ILO). NEDAC sensitises governments in the region on the role of agricultural cooperatives in promoting agricultural and rural development to ensure rural food and livelihood security for millions of people in Asia and Pacific.