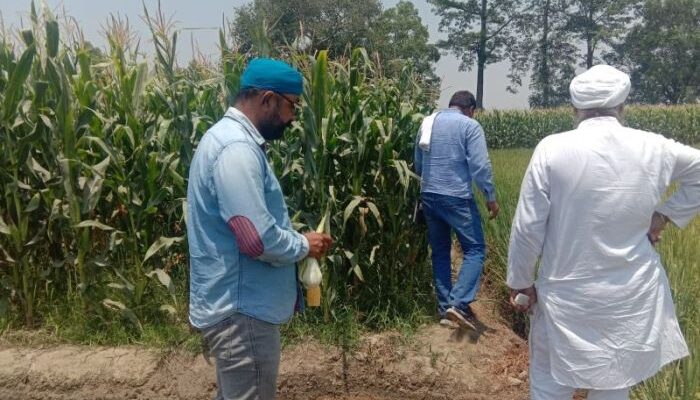 The project would reduce dependency on groundwater resources. Besides, it would also help in making agriculture more remunerative for the farmers and more sustainable for the environment

At a time when economies across the world are finding ways for sustainable farming due to depleting groundwater levels, Gram Unnati, India’s leading integrated agritech solutions company, worked closely with multiple stakeholders to help farmers in Udham Singh Nagar district of Uttarakhand save 4,000 litres of water per acre by bringing climate-resilient agriculture to over 5,000 acres of farmland.

In what may become a lesson in climate-resilient agriculture to millions of Indian farmers, Gram Unnati worked closely with the local district administration, local maize processors, and input companies, and led farmers in a short span of 18 months prompting 2,000 farmers to switch to climate-resilient crops that are commercially viable as well.

Highlighting the project, Aneesh Jain, CEO and Founder, Gram Unnati said, “The success of the project comes at a time when we are dealing with acute water shortage across the world. According to the United Nations, by 2050 more than five billion people could be affected by water scarcity. India, which constitutes 16 per cent of the total world population, has access to a meagre 4 per cent of the world’s water resources. The success of our pilot project in Uttarakhand will impact other farmers to shift towards climate compatible crops without having an impact on yield and returns.”

Farmers of Udham Singh Nagar and adjoining areas in Uttar Pradesh (Rampur, Bareilly and Pilibhit) traditionally take up a short duration summer paddy crop after their Rabi harvest and before Kharif sowing. Based on research, Gram Unnati identified maize as a reasonably remunerative substitute for summer paddy. Maize is not only a short-duration crop, requiring less water compared to paddy but is also known to bring higher returns. Its multiple utilities such as ‘food, fodder and feed’ help in de-risking farmers against potential low-demand situations.

“The pilot project was successful in moving 5,000 acres of land to spring maize, which resulted in substantial water savings of as much as 4,000 litres per acre. The crop also generated 25 per cent higher yield on the same piece of land. This has emerged as a good example of ‘more crop per drop’. The project also contributed towards the fulfilment of Sustainable Development Goals like reducing poverty, increasing agricultural productivity, judicious use of water, and sustainable production,” added Jain.

Jain said that the success of the project in Udham Singh Nagar had encouraged Gram Unnati to take up newer challenges.

“Gram Unnati intends to scale up this intervention to 100,000 acres of spring maize in the next five years. Not only would this reduce dependency on groundwater resources, but it will also help in making agriculture more remunerative for the farmers and more sustainable for the environment,” Jain further added.

As agriculture is the largest consumer of fresh water in India, the shift from high to low-intensity crops such as maize, pulses, millets and oilseeds has the potential to significantly reduce farmers’ dependence on rainwater and irrigation, while helping in greater water conservation, enhancing farmers’ capacity to better cope with climate change and in the long run making India more self-sufficient in these crops.

It is estimated that out of total extractable groundwater available in India, 90 per cent goes to agriculture annually to often support highly water-intensive crops like paddy, sugarcane, and wheat, sometimes in severely water-stressed regions of the country. As many as 30 per cent of districts in India have reported ‘critical’ groundwater levels according to recent Central Ground Water Board data. The growing water crisis is being worsened by climate change with rising temperatures and uncertain rainfall patterns, pushing the need for climate-resilient agriculture. 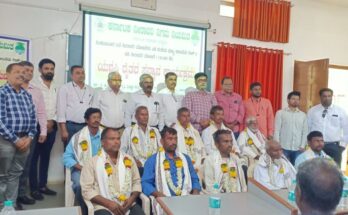