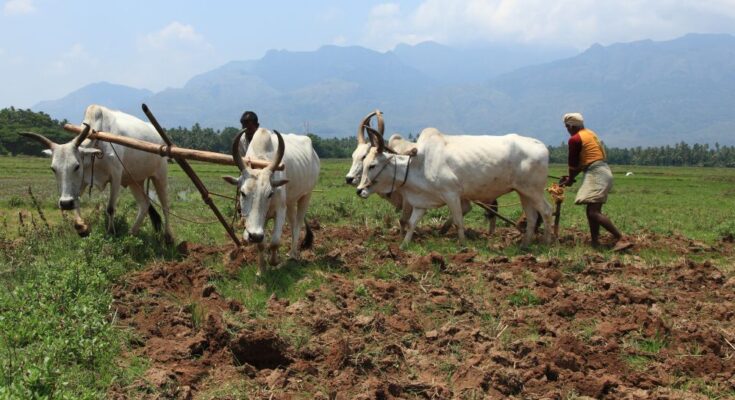 As the world is grappling with an unprecedented health crisis, countries are forced to strengthen the most fundamental resources. Other than healthcare facilities, sustainability in food and nutrition has taken precedence over all other human requirements. It is befitting to remind ourselves of the United Nation’s Sustainable Development Goals (SDGs) that India has committed itself to. Responsible production and consumption, clean water and sanitation and good health and well-being are some of the key priorities laid down in the SGDs. Water conservation is a key input in achieving these priorities.

Receding ground water levels is a critical challenge that India is facing today. According a to report, 256 out of 700 districts in India have reported critical groundwater levels. Agriculture uses over 85 percent of India’s water resources, and, within it, rice alone uses about half the water used in Indian farms. According to the UN’s Food and Agricultural Organization (FAO), farmers will need an additional 19 percent of water by 2050 to meet the demands for food, much of it in regions already experiencing water scarcity.

Thus, interventions in the agriculture sector have a massive role to play in addressing this critical challenge.

The Rise of Rice

Low productivity, water and labour scarcity, lack of innovation and low benefit-cost ratio are the main concerns of paddy growers. Traditionally, paddy is a water-intensive crop and requires flooded soil for better yield. According to the International Rice Research Institute, about 3,000 litres of water is used to produce one kilogram of rice in India. In addition to this, a 2018 study on Water Productivity Mapping of Major Indian Crops found a misalignment of rice cropping patterns in the country with respect to the available irrigation facilities. Punjab, which has the highest land productivity of rice, has relatively low irrigation water productivity, indicating inefficient irrigation water use.

Conventional paddy transplantation does not augur well for Indian agriculture’s future. It is not only time-consuming but also highly labour and water-intensive. Central Groundwater Board, GoI reveals that the water table is receding in 80 percent of Punjab and 70 percent of Haryana. These two states (major producers of rice) need much water for paddy and the average depletion rate per year is 30-40 cm and goes up to one meter at some places. Other states are also facing water scarcity and are heavily dependent on the monsoon for paddy farming.

In direct-seeded rice (DSR), the pre-germinated seeds are directly drilled into the field by a tractor-powered machine. There is no nursery preparation or transplantation involved in this method. Farmers have to only level their land and give one pre-sowing irrigation. The direct-seeded rice technique reduces water consumption in paddy cultivation by almost 30 percent, reduces labour cost and reduces emission of harmful gasses like CH4 and carbon. According to a study conducted by Punjab Agriculture University (PAU) in 2015–16, the net returns to a farmer from direct seeded rice were higher by INR 9,403 per hectare when compared to transplanted rice.

Technological innovations and interventions are the way out. The case in point is Roots Foundation’s initiative. Wazir Advisors and Roots Foundation have been at the forefront of promoting sustainable agricultural practices by training farmers in the DSR technique. So far, the Foundation has trained over 10 lakh farmers in 14 states. Identification of districts and farmers, training to agriculture extension officials, demonstrations to farmers on direct-seeded rice, crop management support, and the joint field days and farmer meetings on DSR practices with agriculture departments are the main components of the initiative. Following tremendous success in Punjab, Haryana, Karnataka and other states in promoting, training, and motivating paddy farmers to adopt DSR, Wazir and Roots Foundation now plan to reach out to 20-25 lakh farmers through direct seeding of rice by 2022 to significantly reduce their cost of cultivation. The objective is also to reduce water usage in paddy cultivation by 40 percent and emissions of CH4 and Carbon by half.

India needs to scale up sustainable models and adopt technological innovations in the agriculture sector. It is estimated that even if 25 percent of the Indian rice cultivation can be shifted to direct seeding, water-saving will be equal to the total water consumed by the Indian industry. Punjab has shown the way by using the DSR technique on around 20-25 percent of the area (five lakh hectares) last year, and now the state plans to double it in the upcoming season. Awareness and extensive training would transform the way India produces paddy. Rice farming can be made more sustainable and profitable by making farmers adopt direct-seeded rice. Despite the tangible benefits, the current deployment of this technique is sparse. Limited resources and lack of awareness are some of the factors responsible for low adoption. There is a need for the right impetus from the government to facilitate and leverage these measures and initiatives by collaborating through joint awareness programmes, demonstrations through government machinery (such as Krishi Vigyan Kendras) and accurately targeting input subsidies. Combined efforts through public-private partnership in this direction will ensure that the country moves closer to achieving the sustainable development goals.

(Views expressed in the article are author’s own. Ritwik Bahuguna is an agriculture & allied sector expert. He is partner of Wazir Advisors and founder of Roots Foundation.) 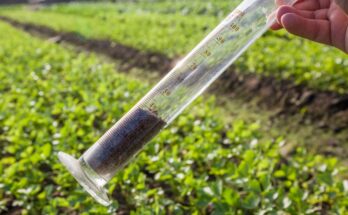 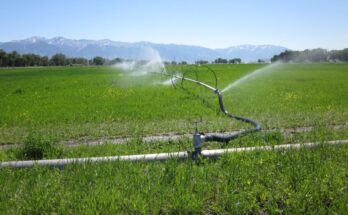 Charting the roadmap to food security 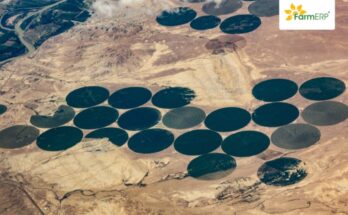 Ritwik Bahuguna is a partner at Wazir Advisors where he leads the agriculture, food processing and dairy verticals. Wazir Advisors is a premier management consulting firm focussed on strategy and operations advisory, M&A and skill development in retail, FMCG, textiles, apparel and agribusiness. He is also the founder of Roots Foundation, established in 2012, with the vision of designing and operationalising bottom-up interventions for enhancing the livelihoods of the most underprivileged.

View all posts by Ritwik Bahuguna →