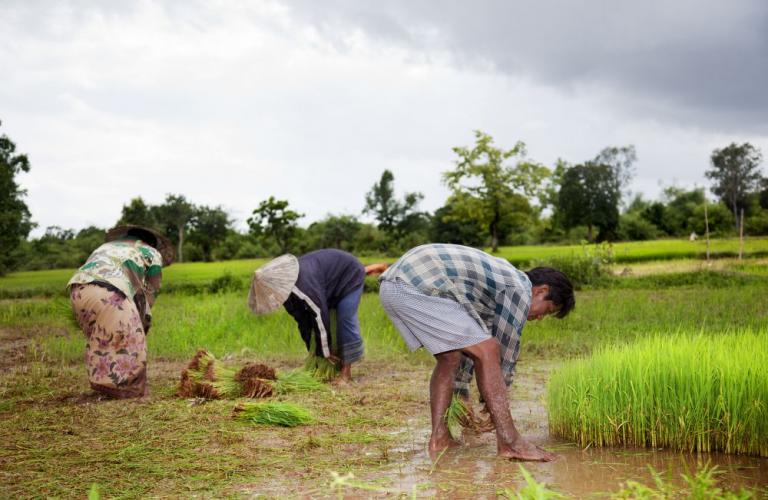 In order to provide an assured income support to the small and marginal farmers, the Government is launching the Pradhan Mantri Kisan Samman Nidhi (PM-KISAN). While presenting the Interim Budget 2019-20 in Parliament today, the Union Minister for Finance, Corporate Affairs, Railways & Coal, Piyush Goyal said, “Under this programme, vulnerable landholding farmer families, having cultivable land up to two hectares, will be provided direct income support at the rate of Rs. 6,000 per year. This income support will be transferred directly into the bank accounts of beneficiary farmers, in three equal instalments of Rs. 2,000 each. This programme will be funded by Government of India. Around 12 crore small and marginal farmer families are expected to benefit from this. The programme would be made effective from December 1, 2018 and the first instalment for the period upto March 31, 2019 would be paid during this year itself. This programme will entail an annual expenditure of Rs.75,000 crore”.
PM-KISAN would not only provide assured supplemental income to the most vulnerable farmer families, but would also meet their emergent needs especially before the harvest season. PM-KISAN would pave the way for the farmers to earn and live a respectable living.
Regarding animal husbandry, the Minister said, “I have increased the allocation for Rashtriya Gokul Mission to Rs.750 crore in the current year itself. I announce setting up of “Rashtriya Kamdhenu Aayog” to upscale sustainable genetic upgradation of cow resources and to enhance production and productivity of cows. The Aayog will also look after effective implementation of laws and welfare schemes for cows.”
To provide sustained and focused attention towards development of fisheries sector, the Government has decided to create a separate Department of Fisheries. The Minister said, “In the last Budget, our Government announced the facility of extension of Kisan Credit Card scheme (KCC) to animal husbandry and fisheries farmers. Now, I propose to provide the benefit of 2 per cent interest subvention to the farmers pursuing the activities of animal husbandry and fisheries, who avail loan through Kisan Credit Card. Further, in case of timely repayment of loan, they will also get an additional 3 per cent interest subvention.”
When natural calamities strike, farmers are generally unable to repay their crop loans. The Finance Minister said, “Presently, the crop loans are rescheduled for such affected farmers and they get benefit of interest subvention of 2 per cent only for the first year of the rescheduled loan. Our government has now decided that all farmers affected by severe natural calamities, where assistance is provided from National Disaster Relief Fund (NDRF), will be provided the benefit of interest subvention of 2 per cent and prompt repayment incentive of 3 per cent for the entire period of reschedulement of their loans.”