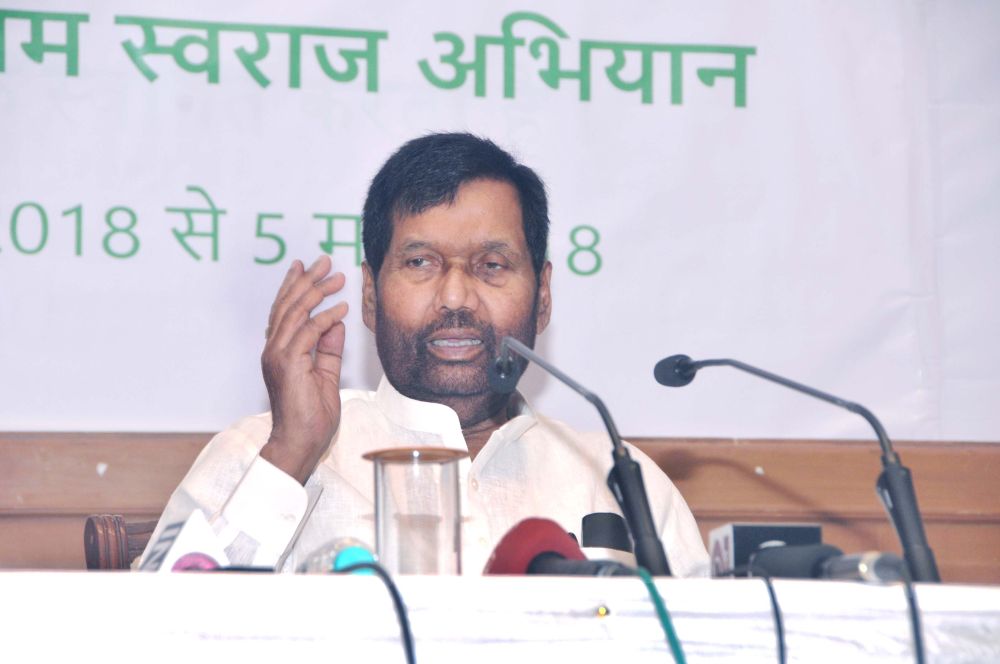 The Union Cabinet, on May 2, 2018, had approved financial assistance of Rs. 5.50 per quintal of cane crushed in sugar season 2017-18 to sugar mills to offset the cost of cane, in order to help sugar mills to clear dues of farmers

The Central government is taking various steps to help the sugar industry which is facing depressed market sentiments and crash in sugar prices. The liquidity position of sugar mills has been adversely affected, leading to accumulation of sugarcane price dues of farmers which have reached to more than Rs. 19,000 crore, Union Minister for Consumer Affairs, Food and Public Distribution, Ram Vilas Paswan said addressing a press conference in Mumbai today.
The Union Cabinet, on May 2, 2018, had approved financial assistance of Rs. 5.50 per quintal of cane crushed in sugar season 2017-18 to sugar mills to offset the cost of cane, in order to help sugar mills to clear dues of farmers. Further, to facilitate and incentivise export of surplus sugar by sugar mills, Government has allowed Duty Free Import Authorisation (DFIA) Scheme in respect of sugar. In a bid to give boost to Ethanol, there was a proposal to reduce the Goods and Service Tax slab. The GST Council in its meeting held in New Delhi yesterday has recommended to reduce the GST rate from 18 percent to 5 percent, the Minister said.
The Minister also informed that the Centre has decided to provide 15 kgs of grain per month per student at below-poverty-line (BPL) rates to hostels for SC, ST, OBC and minority communities. This will be applicable to the students including General category hostels where 2/3 students are from SC, ST, OBC and from minority communities.
Paswan applauded Government of Maharashtra for its work as far as Aadhaar is concerned as due to 88 percent seeding, 50 lakh bogus Ration Cards are eliminated and only genuine beneficiaries are getting the ration. He also said that in Maharashtra all the ration shops are equipped with Point-of-Sale (POS) machines which has facilitated the beneficiaries to purchase ration from any ration shop.
The Minister also informed the recent initiatives of Food Corporation of India (Maharashtra Region), such as implementation of online system for all its own depots, installation of CCTV cameras, the functional SILO (storage for grain) at Panvel and another upcoming one at Borivali which has a capacity to store 50,000 MTs each.
On SC/ST Act, the Minister said, the NDA government will not dilute the Act. In a high-power committee, it was decided to keep SC/ST Act intact. The NDA government has filed a review petition in the Supreme Court and if required may even bring an Ordinance.