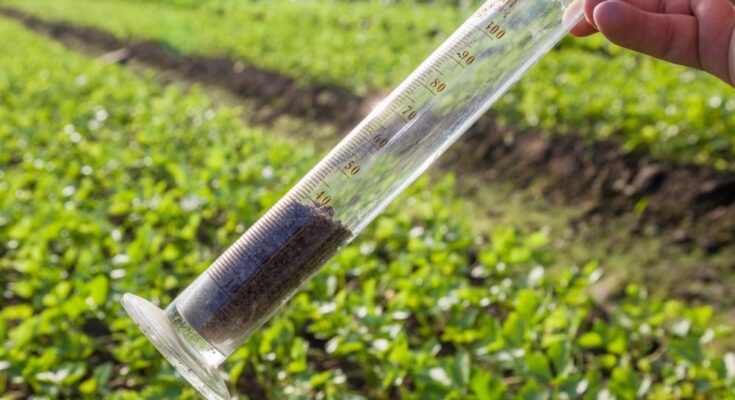 Gene editing mediated by CRISPR-Cas system has emerged as a powerful technology with a capability of precisely modifying the genome of a wide range of organisms. The technology is based on an existing bacterial immune system and is adopted worldwide as a simple, precise and efficient method to genetically improve living organisms including animal and plant species for agriculture, food and nutrition.

Genome editing technology allows modification of plants’ own genes and is not dependent on foreign gene insertion, unlike genetic engineering, for modifying a particular trait. It has already been used to create crops with improved traits. For instance, generation of genome-edited rice with broad-spectrum resistance to bacterial blight disease by modulating the sucrose transporter gene function; high yielding rice by multiplex editing of three yield-related genes; and genome-edited rice with high tolerance to drought in combination with high yielding ability by mutating the Abscisic acid receptors. Similarly, tomato has been made resistant to the powdery mildew disease through changes leading to loss-of-function in the Mlo gene. The recent approvals of genome-edited mushroom, soybean, and petunia by the United States Department of Agriculture, and the CRISPR (clustered regularly interspaced short palindromic repeats) edited nutritionally enhanced tomato by the Japanese government are significant examples of translational progress in this area that would encourage other countries including India to use CRISPR for various plant breeding innovations.

The availability and adoption of these efficient genome engineering tools for precise editing would greatly help Indian agriculture in developing crop varieties for climate resilience and nutritional security. While the Green Revolution resulted in self-sufficiency with regard to food production that enabled the Government of India in enacting the Right to Food Act-2013 to feed many millions of people but now it is time to address greater concerns like climate adaptation of crops, shrinking natural resources, increasing input use-efficiency and nutritional security of our nation.

You may also like: Charting the roadmap to food security

With regard to crop adaptation, major emphasis is needed for combining field stress tolerance with yield enhancement related traits such as improved photosynthesis, enhanced nutrient acquisition and use efficiency of natural resources so as to have more produce with lesser inputs. Some such examples of crop traits that need to be introduced in elite genotypes in India for climate adaptation using genome editing technology include editing cereals, oilseeds and millets to sustain extreme weather conditions, utilise water and nutrients more efficiently; non-leguminous crops to fix atmospheric nitrogen to reduce the dependence on chemical nitrogen application; editing rice to grow with minimal water inputs and therefore, lowering emission of methane, and simultaneously developing crops with enhanced solar radiation utilisation or photosynthetic efficiency.

Importantly, deregulation and global harmonisation of the regulatory framework are essential for timely commercialisation of the genome-edited crops for the benefit of smallholder farmers and consumers. Notably, the genome-edited crops remain indistinguishable from conventionally bred variants and have been treated as non-GMOs (genetically modified organisms) by the USA, Canada, Australia, Japan and other countries. Once the CRISPR genes are segregated out of the edited plants by backcrossing, they are identical to the naturally occurring crop genotypes.

A regulatory impunity of such edited crop plants is an absolute necessity to realise this technology’s full potential. If the plants derived through gene editing are similar to non-edited counterparts, it is logical that they are not regulated heavily and are treated as plants derived through conventional breeding, as has been done by several countries around the world, notably the US, Canada, Australia, Japan and Argentina. From the perspective of the seed industry, if the Indian government also takes a similar decision, it will open up a path for many smaller companies to improve crops through gene editing. These companies will be willing to invest in the research and development, even though they cannot afford to invest in regulatory studies for GM events or the uncertainty of the approval process. It is very important that India also make its decisions aligned with major agricultural producing countries. It will have a significant impact on seed trade. Indian government, on several occasions, has desired that India should have at least 10 per cent share of global seed production business. If we are aligned with the global opinion on gene editing, it will open up more opportunities for India to be part of global seed production centres and create significant employment opportunities. On the other hand, if gene-edited crops are heavily regulated in India, smaller companies will miss out on this significant scientific breakthrough and only bigger companies, which can afford the cost of the complex regulations and can bear the regulatory uncertainty may be able to utilise this novel technology in their breeding programme. India may also miss out on the seed production opportunities as the seed companies will choose only those countries, which do not regulate gene editing for their seed production.

Therefore, the fate of the improvement of crops through gene editing in India is heavily dependent on the decision from our regulatory agencies.

(Professor KC Bansal is the former Director of ICAR- National Bureau of Plant Genetic Resources, New Delhi and Dr Shivendra Bajaj is the Executive Director of Federation of Seed Industry of India. Views expressed in the article are authors’ own.)