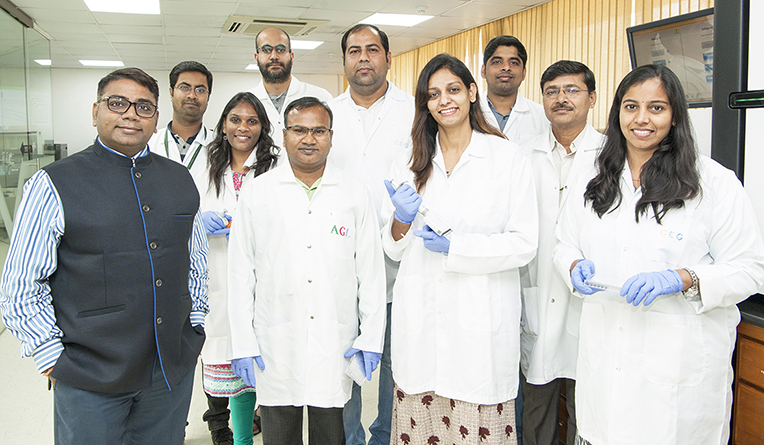 In a major breakthrough, scientists from 21 research institutes globally, have successfully completed sequencing of 429 chickpea lines from 45 countries to identify genes for tolerance to drought and heat

In a major breakthrough, scientists from 21 research institutes globally, have successfully completed sequencing of 429 chickpea lines from 45 countries to identify genes for tolerance to drought and heat.
The efforts equipped the team with key insights into the crop’s genetic diversity, domestication and agronomic traits. The study also mapped the origins of chickpea and its ascent in Asia and Africa.
The team led by the International Crops Research Institute for the Semi-Arid Tropics (ICRISAT) in close collaboration with the BGI-Shenzhen, China, involved 39 scientists from leading research institutes world over. This is the largest-ever exercise of whole-genome resequencing of chickpea.
What this means to the agricultural community is potential development of newer varieties of chickpea with higher yields, which are disease-and-pest-resistant, and better able to withstand the vagaries of weather.
The results of the three-year-long efforts have now been published in Nature Genetics online with the title, ‘Resequencing of 429 chickpea accessions from 45 countries provides insights into genome diversity, domestication and agronomic traits’.
More than 90 percent of chickpea cultivation area is in South Asia. Drought and increasing temperatures are said to cause more than 70 percent yield loss in chickpea globally. Chickpea being a cool season crop is likely to suffer further reduction in productivity due to rising temperatures.
“The genome-wide association studies identified several candidate genes for 13 agronomic traits. For example, we could identify genes (e.g. REN1, β-1, 3-glucanase, REF6) which can help the crop tolerate temperatures up to 38oC and provide higher productivity,” says Dr Rajeev Varshney, the project leader and Research Program Director, Genetic Gains, ICRISAT.
Dr Xu Xun, CEO and President, BGI Research, China, co-leader of the project said, “BGI is very excited to work with CGIAR institutes like ICRISAT in high-end science research which could enable development of drought and heat-tolerant chickpea varieties for India and Africa. BGI has been enjoying a collaboration with ICRISAT for the past decade and we look forward to work together on many exciting projects in the years to come”.
The study established a foundation for large-scale characterisation of germplasm, population genetics and crop breeding. It also helped understand domestication and post-domestication divergence of chickpea.
“This new found knowledge will enable breeders to enhance the use of diverse germplasm and candidate genes in developing improved (climate-change ready) varieties that will contribute significantly to the increased productivity and sustainability of agricultural development in developing countries,” said Dr Peter Carberry, Director General, ICRISAT.
Highlighting the importance of this study, Marie Haga, Executive Director, Global Crop Diversity Trust, based in Germany, said, “This is exciting work by ICRISAT and partners to unlock the genetic diversity of chickpea. This deeper understanding of the crop could enable scientists to breed new varieties that are both highly productive and resilient to climate change, benefitting farming communities in many developing countries”.
The study was done in close collaboration with partners from the National Agricultural Research Systems. India, for instance as the biggest consumer of pulses in the world, faces increasing production gap. This new research could take India closer towards attaining self-sufficiency in pulse production.
“This is a significant contribution to global agricultural research and these unique, scientific solutions will help mitigate issues the world is facing right now. Science is key to ongoing efforts within ICAR and ICRISAT and also the way forward for agriculture in the country,” said, Dr Trilochan Mohapatra, Secretary, Department of Agricultural Research and Education & Director General, Indian Council of Agricultural Research (ICAR).
The study also confirms that chickpea came to India from Fertile Crescent/ Mediterranean via Afghanistan and may have been introduced back to the primary centers of origin after 200 years. The new study speculates about possible introduction of chickpea to the New World directly from Central Asia or East Africa rather than the Mediterranean.
“Our study indicates Ethiopia as secondary center of diversity and also maps a migration route from Mediterranean/ Fertile Crescent to Central Asia, and in parallel from Central Asia to East Africa (Ethiopia) and South Asia (India),” Dr Varshney added.
List of participating institutions