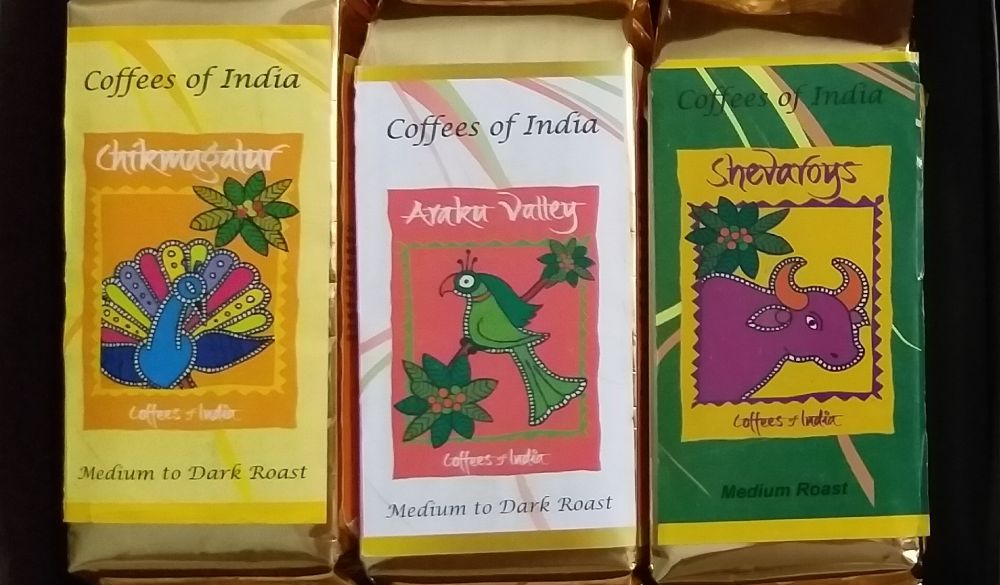 In India, coffee is cultivated in about 4.54 lakh hectares by 3.66 lakh coffee farmers of which 98 percent are small holder farmers

The Department for Promotion of Industry and Internal Trade, Ministry of Commerce and Industry, Government of India has recently awarded Geographical Indication (GI) to five varieties of Indian coffee, namely Coorg Arabica, Wayanaad Robusta, Chikmagalur Arabica, Araku Valley Arabica and Bababudangiris Arabica, a Government note has said.
Coorg Arabica coffee is grown specifically in the region of Kodagu district in Karnataka, Wayanaad Robusta coffee is grown specifically in the region of Wayanad district which is situated on the eastern region of Kerala and Chikmagalur Arabica coffee is grown specifically in the region of Chikmagalur district and it is situated in the Deccan plateau, belongs to the Malnad region of Karnataka.
Whereas, Araku Valley Arabica coffee can be described as coffee from the hilly tracks of Visakhapatnam district of Andhra Pradesh and Odisha region at an elevation of 900-1100 metres above mean sea level (MSL). The coffee produce of Araku, by the tribals, follows an organic approach in which they emphasise management practices involving substantial use of organic manures, green manuring and organic pest management practices.
Bababudangiris Arabica coffee is grown specifically in the birthplace of coffee in India and the region is situated in the central region of Chikmagalur district in Karnataka. Selectively hand-picked and processed by natural fermentation, the cup exhibits full body, acidity, mild flavour and striking aroma with a note of chocolate. This coffee is also called high grown coffee which slowly ripens in the mild climate and thereby the bean acquires a special taste and aroma.
The Monsooned Malabar Robusta Coffee, a unique specialty coffee from India, was given GI certification earlier.
In India, coffee is cultivated in about 4.54 lakh hectares by 3.66 lakh coffee farmers of which 98 percent are small holder farmers. Coffee cultivation is mainly done in the southern states of India. Karnataka produces 54 per cent of India’s total coffee production followed by Kerala and Tamil Nadu with 19 percent and 8 per cent respectively. Coffee is also grown in non-traditional areas like Andhra Pradesh and Odisha with 17.2% per cent share in country’s production and North East states with 1.8 per cent.
India is the only country in the world where the entire coffee cultivation is grown under shade, hand-picked and sun dried. India produces some of the best coffee in the world, grown by tribal farmers in the Western and Eastern Ghats,which are the two major bio-diversity hotspots in the world. Indian coffee is highly valued in the world market and sold as premium coffee in Europe.
The recognition and protection that comes with GI certification will allow the coffee producers of India to invest in maintaining the specific qualities of the coffee grown in that particular region. It will also enhance the visibility of Indian coffee in the world and allow growers to get maximum price for their premium coffee.