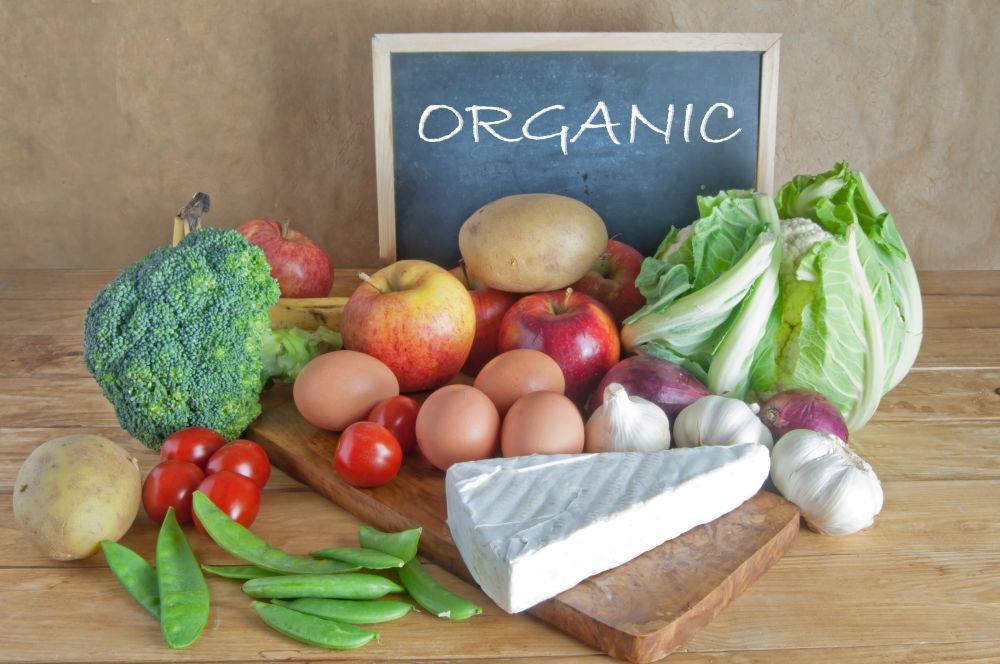 With the rise of health consciousness, the demand for organic food is increasing globally. Anshu Budhraja writes on the best practices in organic farming and its potential

Organic farming found its origin in the early 20th century and continues to be widely practiced across the world today. In general, organic standards are designed to allow the use of naturally occurring substances while prohibiting or strictly limiting synthetic substances.

All forms of traditional farming are now considered to be organic farming. For example, forest gardening, a fully organic food production system which dates from prehistoric times, is thought to be the world’s oldest and most resilient agro-ecosystem. The industrial revolution introduced inorganic methods, and consequently led to serious side effects.

Consequently, an organic movement began in the 1940s as a reaction to agriculture’s growing reliance on synthetic fertilisers and pesticides. The British botanist Sir Albert Howard is often referred to as the father of modern organic agriculture, as he was the first to apply modern scientific knowledge and methods to traditional agriculture.

Reasons for avocation of organic farming include real or perceived advantages in sustainability, preserving nutritional value, safeguarding bio-diversity and to a large extent, food security.

Organic farming is being increasingly recognised globally as a form of sustainable agriculture practice and countries have become more aware of the harmful effects of the excessive use of synthetic chemical inputs. There are several reasons to promote organic farming. These include less damage to the environment, reduction in chemical contamination, maintenance of biodiversity and minimisation of soil degradation and erosion. Moreover, organic produce is considered better for the health and safety of consumers.

In the organic farming sector, global companies which are able to grow, harvest and process plants on its own certified organic farms are able to control the quality of its products, all the way from seed to supplement. The commitment starts with making sure their phytonutrient-rich plant ingredients are as natural as possible. Phytonutrients are plant nutrients that provide a range of health benefits. As a global best practice, that implies prohibiting the use of synthetic fertilisers, toxic chemicals, and pesticides. Use of natural methods to control harmful weeds, insects, and predators are essential prerequisites for practicing sustainable farming methods that include crop rotation, intercropping, composting, earthworms, and water management. It is also essential to create organic compost to put nutrients back in the soil, prevent soil erosion, and improve soil fertility and water quality by utilising holistic agricultural techniques. The organic farming sector aspires to protect the environment and its habitats, and promote species diversity and a sustainable future for our planet.

Commitment to organic farming has deep roots. By replenishing the soil — rather than depleting its nutrients — the industry ensures that the plants grown are rich in nutrition. And by removing synthetic chemical pesticides and herbicides from the process, it helps keep harmful toxins out of nutritional supplements.

Understanding sustainable farming systems is the key to highlight best global practices. Agricultural experts and scientists work together to optimise the nutrients gathered from the most powerful plants nature has to offer – capturing valuable nutrients by dehydrating and processing them within hours of harvest. It is well understood that the farm is an ecologically integrated system and organic farming is a sustainable use of natural resources. What is more important is traceability. Under this documentation of all soil and water management, seeds, nutrients, harvesting and post harvesting practices are very important. Traceability can be more effective if it is supported by continuous innovation through R&D.

India, through civilisations, has pioneered techniques for organic farming. In fact the concept of organic farming remained nebulous in our country until the Green Revolution triggered by the need to ensure food security for the nation took place. However, growing concerns related to inorganic methods of farming, discerning consumers wanting to lead healthier lifestyles and export demands from developed countries triggered a reversal of sorts.

Let’s do some fact checks
The share of nations involved in organic farming, according to International Federation of Organic Agriculture Moment (IFOAM), leaves India at 9th rank with Australia on top with 22.7 million hectares of land used for organic farming.

India by the year 2015 was using merely 1.2 million hectares of the total land used for farming of both conventional and organic classifications.
On the contrary, our neighbor Bhutan has an interesting vision of becoming a fully organic nation by 2020. The country has already pioneered in organic farming and leads the way in South East Asia.

For a country like India, where methods of farming were by default organic, the slip to a world’s 9th ranking should draw our attention on the need of the hour.

According to a recent report released by the Indian Council for Research on International Economic Relations (ICRIER) titled “Organic Farming in India: Status, Issues and Way Forward”, highlights that India needs to create a time-bound strategy or vision document which will take into account sustainable development goals and organic practices to facilitate a holistic growth of the organic food sector. The survey highlights the critical need to establish a uniform standard and clearly lay out the labeling requirements, logo and punishment for fraudulent practices by unscrupulous traders through a comprehensive policy/guideline. The report further underscores the urgent need for creation of a single nodal agency for organic sector.

Many other states are coming up with supportive policies to encourage organic farming.

From our experiences of operating nearly 6,000 acres of certified organic farmland in the United States, Mexico and Brazil, where we grow and harvest plants using sustainable, chemical-free methods, we stand witness to the manner in which agricultural experts continue to practice natural methods to control weeds, insects and predators, no use of any chemicals, pesticides and at the same time increase traceability through documentation of all soil and water management, seeds, nutrients, harvesting and post harvesting practices. In India, we see further opportunities in helping small and mid-sized farmers through our tested global best practices, particularly in crops like ginger, holy basil, turmeric, pomegranate, to name a few.

India is poised for a big leap in terms of growth of organic farming and hopefully, with best global practices. Measures taken by the government to support its growth are perfectly aligned with aspirations of the farmers, producers and companies. There is a need to adopt global best practices and integrate all stakeholders- organic farmers, organic processed food producers, exporters, importers and other supply chain agents.

(The author is the CEO of Amway India and the views expressed in this article are his own.)
Source: Euromonitor International Limited. Based on a 2016 review of global Vitamin and Dietary supplement manufacturers, their ownership of the entire production process, from farm to manufacturing, in addition to organic certification of products. Euromonitor does not accept or assume responsibility to any third party in respect to this claim.

Anshu Budhraja is the CEO of Amway India.

View all posts by Anshu Budhraja →