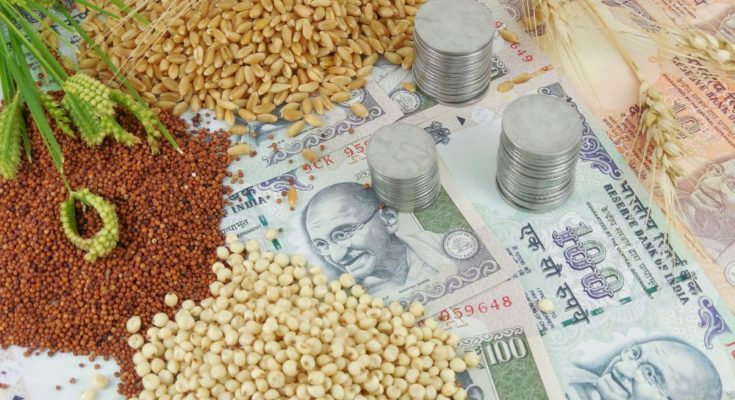 The Cabinet Committee on Economic Affairs (CCEA) Affairs chaired by Prime Minister Narendra Modi has approved the increase in the Minimum Support Prices (MSP) for all kharif crops for 2019-20 season.

For the kharif crops of 2019-20, the Government has increased the MSP of soyabean by Rs 311 per quintal, sunflower by Rs 262 per quintal and sesamum by Rs 236 per quintal.

The MSP of Jowar has been hiked by Rs 120 per quintal while in case of Ragi it has been hiked by Rs 253 per quintal. The move comes in the backdrop of the need to promote cultivation and consumption of nutri-cereals. Besides, India celebrated 2018 as the National Year of Millets and the Food and Agriculture Organisation (FAO) Council has approved India’s proposal to observe an International Year of Millets in 2023.

For cotton (medium staple) and cotton (long staple), the MSP has been increased by Rs. 105 per quintal and Rs. 100 per quintal respectively.

The cost of cultivation includes all paid out costs such as those incurred on account of hired human labour, bullock labour/machine labour, rent paid for leased land, expenses incurred on use of material inputs like seeds, fertilisers, manures, irrigation charges, depreciation on implements and farm buildings, interest on working capital, diesel/’electricity for operation of pump sets and miscellaneous expenses and imputed value of family labour.

Implementation
In the case of cereals including nutri-cereals, Food Corporation of India (FCI) and other designated state agencies would continue to provide price support to the farmers. National Agricultural Cooperative Marketing Federation of India (NAFED), Small Farmers’ Agribusiness Consortium (SFAC) and other designated Central agencies would continue to undertake procurement of pulses and oilseeds. Cotton Corporation of India (CCI) will be the central nodal agency for undertaking price support operations for cotton. NAFED would supplement efforts of CCI for cotton procurement. The losses, if any, incurred by the nodal agencies in such operations will be reimbursed by the government, a CCEA statement has said.