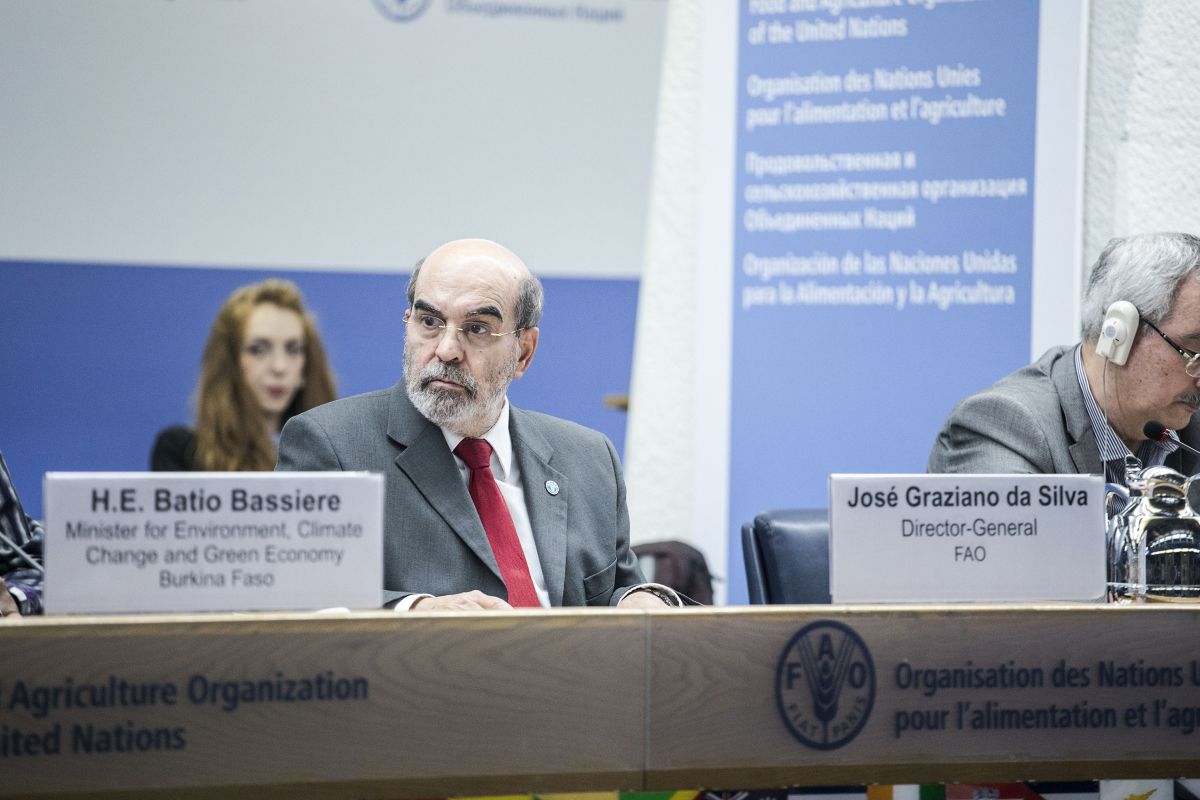 April 5, 2018, Rome: Family farmers must remain central to bringing agroecology to scale, FAO Director-General José Graziano da Silva stressed in his closing remarks to the 2nd International Agroecology Symposium at FAO in Rome on Thursday.
“It’s time to scale up the implementation of agroecology,” Graziano da Silva said. “We have succeeded in moving from talking about what is agroecology, to now having specific programme targets to be achieved in the next few years, and strong support from civil society and those governments who have worked hard to make this symposium a success,” he added.
“When we speak of agroecology, we are not speaking of strictly technical matters. I would like to stress the social aspect, so when we say that we are going to strengthen the role of agroecology in FAO’s work, we are saying that we are going to strengthen the role of family and small-scale farmers, fisher folk, pastoralists, women and youth,” he said.
The Director-General also highlighted the Decade of Family Farming (2019-2028) and the Decade of Action on Nutrition (2016-2025) as opportunities to raise awareness about the valuable link between family farming, agroecology and sustainable development.
Way forward
The Symposium brought together more than 700 participants with representatives from governments of 72 countries, around 350 civil society and other non-governmental groups, and 6 UN organisations.
The Symposium Chair Braulio Ferreira de Souza Dias stressed in his summary that “Agroecology offers multiple benefits, including for increasing food security and resilience, boosting livelihoods and local economies, diversifying food production and diets, promoting health and nutrition, safeguarding natural resources, biodiversity and ecosystem functions, improving soil fertility and soil health, adapting to and mitigating climate change, and preserving local cultures and traditional knowledge systems”.
“It is critical that legal and regulatory frameworks are implemented in a way that ensures transformative change towards sustainable agriculture and food systems based on agroecology, and respects, protects and fulfills farmers’ rights and access to productive resources such as land, water and seeds.”
The Chair’s Summary also drafts a way forward including a list of “urgently needed” commitments from stakeholders. Governments are called on to develop policy and legal frameworks to promote and support agroecology and sustainable food systems, and to remove “perverse incentives” for unsustainable agriculture.
The Summary called on FAO to develop a detailed 10 year action plan for agroecology and to begin implementing the Scaling up Agroecology Initiative.
Consumers and citizens are urged to act as agents of change in the food system to promote responsible consumption. Donors are asked to increase long-term funding to agroecology, while academia and research organisations are encouraged to increase research on agroecology.
Photo: FAO DG José Graziano da Silva at 2nd International Agroecology Symposium
Photo credit: ©FAO/Giuseppe Carotenuto