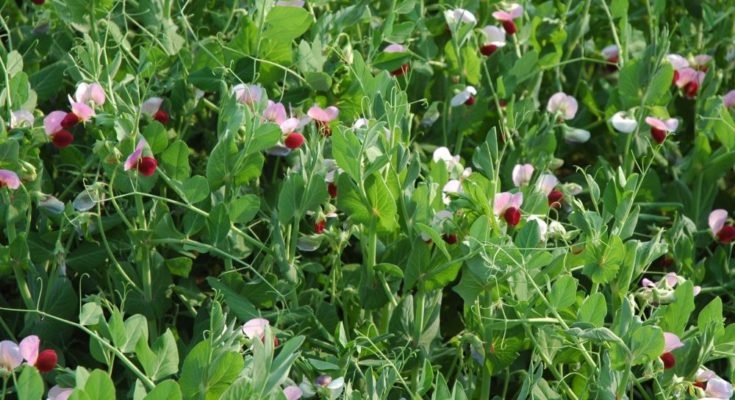 Intercrops act as live mulch thereby reducing the weeds, water requirement and also providing additional returns to the farmers. Intercropping with leguminous crops is one of the components of Zero Budget Farming

Intercropping is a scientifically proven practice and has got several advantages and extends economic benefits for the farmers particularly under adverse weather conditions. It is largely practiced in dryland areas as an insurance against failure of main crop. Under ICAR’s All India Coordinated Research Project (AICRP) on Integrated Farming Systems, intercropping systems have been studied for many states and found profitable for farmers. Intercrops act as live mulch thereby reducing the weeds, water requirement and also providing additional returns to the farmers. Intercropping with leguminous crops is one of the components of Zero Budget Natural Farming (ZBNF), also known as Zero Budget Farming, and it improves the crop productivity and soil fertility by way of fixing the atmospheric nitrogen. Further, the cowdung, urine based formulations and botanical extracts used in ZBNF help farmers in reducing the input cost, Union Minister of Agriculture and Farmers Welfare and Rural Development, Narendra Singh Tomar said in the Lok Sabha Tuesday.

The farmers practicing ZBNF either of small landholding or large landholding prepare the low cost cow urine and dung based formulation on farm by procuring the required inputs locally from the village or neighbouring villages, the minister added.

There is no specific time series data on disguised unemployment in the country as the phenomenon is not easily amenable to measurement. However, comparable time series data on employment and unemployment is available in the form of quinquennial survey on ‘Employment and Unemployment Situation in India’ conducted by the National Sample Survey Office (NSSO). The latest available data as per the quinquennial survey estimates indicated that workforce engaged in agriculture and allied sector has come down from 24.74 crore in 2009-10 to 23.18 crore in 2011-12, about 6 percent. The shift in workforce from primary (agriculture) sector to secondary and tertiary sectors is a normal phenomenon of the development process experienced by countries across the world and the same is true for India as well. The shift owes to changes in the nature and scope of work arrangements in the various sectors of the economy and the absorptive capacity of the non-agricultural sectors to accommodate fresh entrants as well as workers hitherto engaged in agriculture, Tomar further said.