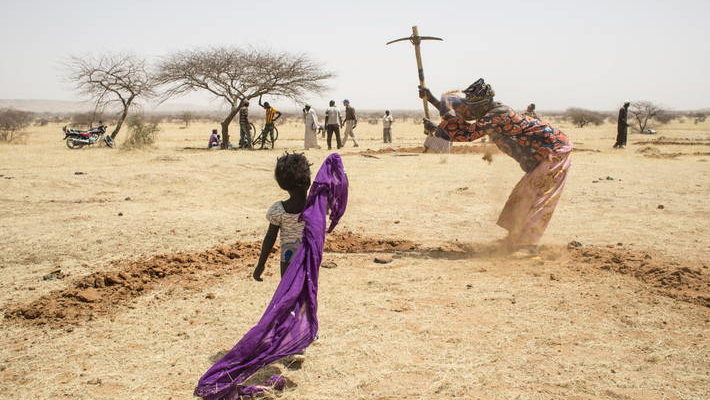 Across the world, more than 2 billion hectares of previously productive land is now degraded and drought and water scarcity have amplified the problem

Rome – A new approach is needed to combat soil degradation, desertification and drought if we are to meet the growing demand for food to feed the world’s population, the Director-General of the Food and Agriculture Organization of the United Nations (FAO), QU Dongyu, said today.

The FAO Director-General was speaking at RECSOIL: Recarbonization of global soils , a virtual event convened by FAO on the World Day to Combat Desertification and Drought. The theme of this year’s international day is “Food.Feed.Fibre. Sustainable consumption and production.”

“Business as usual is not an option,” Qu said. “We need new approaches for land use to increase productivity, while avoiding soil degradation, pollution and protecting ecosystems and biodiversity.”

As demand increases for food, animal feed and fibre for paper, energy, clothing, and other uses, Qu noted that the health and productivity of existing arable land is declining, worsened by climate change.

Qu said more than two billion hectares of previously productive land is now degraded and drought and water scarcity have amplified the problem.

Up to 44 percent of the world’s cultivated systems lands are in drylands, and dryland areas are home to 30 percent of the global population, spanning more than 100 countries, he noted.

Recarbonised soils can be a climate solution as healthy soils are essential to reducing greenhouse gas emissions and building resilience to climate change by maintaining or increasing their carbon content.

FAO is also preparing a specific programme on drylands and water scarcity to prevent soil erosion and promote sustainable soil and rangeland management as well as crop diversification.

Qu stressed the necessity of supporting farmers through the provision of innovative tools as well as financial incentives to implement best practices.

The Director-General was joined at the virtual event by Ibrahim Thiaw, the Executive Secretary of the United Nations Convention to Combat Desertification along with Carlos Manuel Rodriguez, Costa Rica’s Minister of Environment and Energy, and incoming Chief Executive Officer of the Global Environment Facility.

Rodriguez said there was a great opportunity for FAO to develop soil management on a global scale with the co-operation of national governments, while Thiaw noted that increasing carbon content was the best way to reinforce soil fertility and build ecological and social resilience.

Qu noted that the upcoming International Decade on Ecosystem Restoration 2021-2030 that will be co-led by FAO and the UN Environment Programme (UNEP), will provide a vehicle to accelerate action aimed at restoring the world ecosystems and sustainably providing goods and services from natural resources.