The ‘one village one crop’ concept has provided a popular status to the potatoes of Ridhora, sweet corn of Bijakwada, and cauliflower of Hiwara Senadwar across many cities of India. Dr. Aatish Parashar writes…

It was about two decades ago that the farmers of Chhindwara in Madhya Pradesh achieved the top spot in the state by producing a record acreage of soyabean. In the last few years, these farmers have also contributed to establishing Chhindwara’s identity as the ‘Corn City’, by increasing the acreage for maize production. Farmers of the district with multi-cropping culture have now established new dimensions of farming by espousing the successful idea of ‘one village one crop.’

The ‘one village one crop’ concept has provided a popular status to the potatoes of Ridhora, sweet corn of Bijakwada, and cauliflower of Hiwara Senadwar across many cities of India. It has also lent these villages and districts an identity of their own. One cannot miss to see the fact that the farmers have also received acclaim and have seen a multifold growth in their annual incomes as well. Besides Ridhora, Bijakwada and Hiwara Senadwar, there are many other villages in the state that have been identified due to the production of a specific crop. Chargaon Karbal in Mohkhed produces sweet potatoes of superior quality, which is famous in metropolitan cities of India, besides being highly demanded in Banaras. Tomatoes grown in Bhutai are exported to Maharashtra, where they enjoy a high demand. The farmers from Kachram in the state also produce various varieties of watermelons and melons, which have been in high demand in the neighbouring country of Nepal, besides enjoying a great reception in the metropolitan cities of north India. The farmers of Jhirlinga, Jhanda, Kudwari, Gangai, Rohang Khurd villages have been enjoying a consistent growth in their incomes ever since these villages have started exporting eight to ten trucks of pumpkins to other states, per day, during the summer months.

In the Umreth tehsil of Chhindwara district alone, about 350-400 farmers are cultivating potatoes in the Ridhora panchayat area. The farmers have employed the practice of contract farming here on an area of about 250 hectares. Farmers have large tracts of land on which they plant the crop. Take the case of farmers Shyamlal Gonduji Pawar and Jaipal Ramji Pawar, who have each planted potatoes on 30 acres and 40 acres respectively. Since the potato crop is harvested in a span of 80 to 85 days, it is easier for these farmers to secure large buyers like chips companies. For instance, a private company buys these potatoes from these farmers and sends them to Kolkata to produce potato chips. On an average, about ten trucks of potatoes are exported by these farmers daily from this village during the season.

On a similar note, in the Bijakwada village of the Umreth tehsil in Madhya Pradesh, about 160 hectares of sweet corn are harvested every year. Once harvested, this sweet corn is exported to various metropolitan cities like Hyderabad, besides other parts of south India. Since sweet corn takes about 80-85 days to be ready for harvesting, it is quite easy to secure a profit of 20-25 thousand rupees per acre from this crop.

You may also like to read: Budget 2022 prioritises agritech; Experts dub ‘Drone Shakti’ a game-changer

About160 hectares of sweet corn is cultivated every year in Bijakwada village of Umreth tehsil. The sweet corn of this place is sent to the metros of south India, including Hyderabad. In just 80 to 85 days, a profit of about 20 to 25 thousand rupees per acre is easily obtained from this crop.

Similarly, the Hiwara Senadwar village, which is 18 km from Pandhurna tehsil headquarters, is famous for cauliflower production. The farmers of the village take pride in the quality of their cauliflower. They employ approximately 250 hectares of land to cultivate cauliflower during the rainy season, and an equal stretch of land during the Pusi and Maghi seasons as well. During the rainy season, about 12 trucks of cauliflower are harvested, while up to four trucks of cauliflower are produced during other seasons. Many farmers are involved in the cultivation and export of these cauliflowers and have seen a tremendous growth in their incomes due to the employment of one village one crop formula.

The Government of Madhya Pradesh, under the leadership of Shivraj Singh Chouhan, has handheld the farmers and has promoted this idea ceaselessly by simplifying it for the farmers. This has been done with a view to not only increase the income of the farmers, but also to provide an identity to the people of the villages where these crops are cultivated.

The state government has duly ensured that the benefits accrued from employing the practice of ‘one village, one crop’ are understood by the farmers and the move is made in an organic manner. These farmers have enjoyed the wholesale rates for the seeds of the crops they cultivate. The government has also supported the direct purchase of the crops from the farmers, allowing for better prices at the point of production than the open markets. Owing to the production of the same crop, the farmers can share best practices and standardise cultivation procedures as well. Such cultivation also ensures that the farmers can monitor the growth and development of the crops and protect from weather vagaries and other pests in a more effective manner. Since the crops that are cultivated require short spells of time to grow, a farmer can easily grow these crops more than three times in a year, leading to more income for the farming household and the community.

The Shivraj government has been making rapid progress to promote agriculture in the state. The Madhya Pradesh government has allocated 7.6 per cent of its total expenditure for 2021-2022 to agriculture and allied activities, which is higher than the average allocation for agriculture by states at 6.3 per cent. The commitment and the intent of the government are showcased in the way the farmers of the state are getting empowered to lead financially independent lives.

(Dr. Aatish Parashar is the Dean of School of Media, Arts and Aesthetics at the Central University of South Bihar, Gaya. The views expressed in the article are author’s own.) 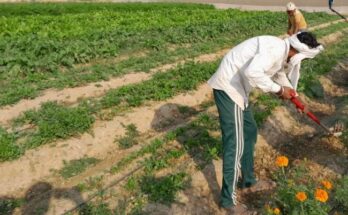 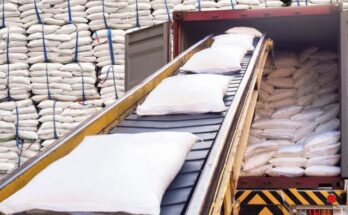 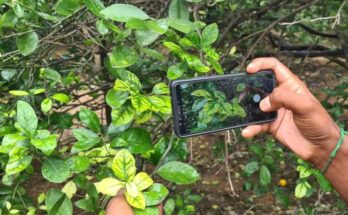 Dr. Aatish Parashar is the Dean of School of Media, Arts and Aesthetics at the Central University of South Bihar, Gaya. He is a professor of development communication, sustainability and environmental studies.